In the ranch business, you spend a lot of time looking at animals’ rear ends or the products thereof. You’d be surprised what you can learn through a perusal of an animal’s nether quarters.

In a female, the condition of her bag is an indicator of several things. When you’re looking for signs that she is getting ready to calve, foal or lamb, you watch her bag for the swelling that indicates she is beginning to produce milk — called bagging up. Many cows, horses and sheep will also develop swelling in their teats and may even leak a little milk when they get really close to birthing. If she has a baby, you’re looking to see that the calf is sucking all teats (two in horses and sheep, four in cows). You want the skin on the teats to be smooth or slightly crinkled, but not chapped or scabbed. Flies often congregate in areas such as the folds of skin on the udder and can cause skin sores, which you’ll want to cover with ointment.

When you stand behind an animal, you can get a good idea of nutritional status and the progression of pregnancy. A healthy, well-nourished horse might show a slight curve of abdomen beyond the rump. An overweight horse will have a belly that protrudes on both sides. An animal in the middle of pregnancy will be fairly round, but as they get closer to delivery, the bottom sides of the belly will sag, looking a little bit like an upside-down heart. The vulva — opening to the birth canal — becomes looser and sags downward. Within 48 hours of delivery, the animal will often develop a dip over the loins just in front of the hipbones as the baby shifts downward into the pelvis. 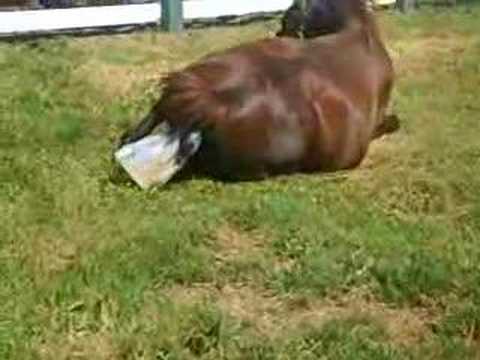 Last but certainly not least — manure. An animal’s manure is a good indicator of health. In ruminants such as cows, it can tell you if they need more or less green feed, for example. Runny manure can mean an overload of fresh green stuff. Diarrhea — more watery than manure that is just a little runny — could signal an infection or intestinal problem. Cows that feel sick or ate something that disagreed with them are likely to drink lots more water to flush themselves out. Healthy cows have very little manure on their backsides, as the oil in their coats helps it slide off quickly, especially once it dries. A sick cow is more likely to be dirty, with manure on her tail and hind legs. 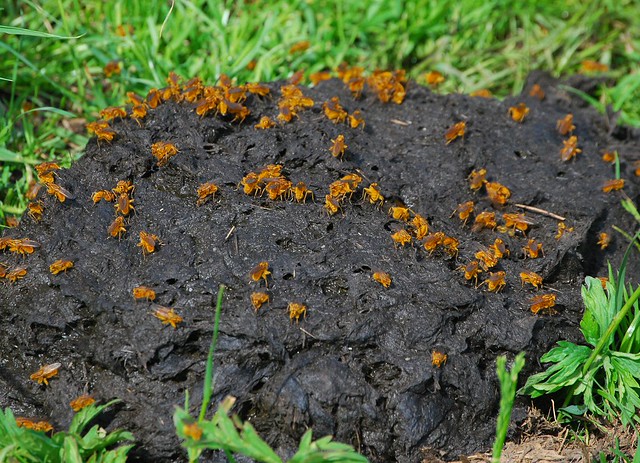 Manure from animals of the same species should look similar if they are all being fed the same or running on the same pasture. A cow pat (the official term for it) should be about the consistency of canned pumpkin. It should be roughly circular, although the shape depends on whether the animal was moving or standing still at the time she dropped a pat. Animals that are healthy and not stressed tend to defecate while standing still. It should be thick and substantial enough to be about 2-3 inches in height and roughly 12-18 inches in diameter (cows eat a LOT of grass!). Sheep, on the other hand, produce small pellets and horses produce a pile of manure balls.

So yes, I spend a fair amount of time checking my critters’ behinds and what comes out of them — it’s all part of the normal day on a ranch. Besides, if you’re looking at the stuff on the ground, you’re less likely to step in it!