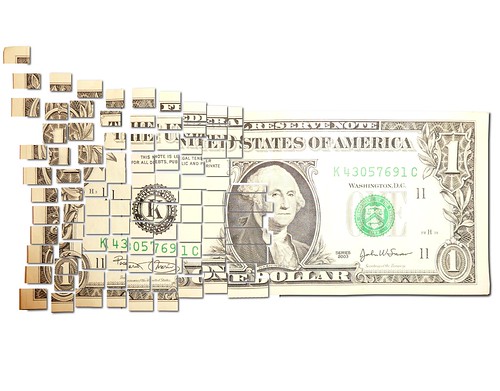 Anyone who is paying attention to any source of news these days should be picking up on rising costs and shrinking resources, plus the fact that things are probably going to get worse as time goes by. Seems like a good time to talk about a basic concept that was once an integral part of human existence.  I’m talking about frugality.

The misconceptions about frugality abound, from the perception that it’s “living poor” to the idea that it’s only related to money. Neither is correct. Living poor is being miserly; decisions are made only on the basis of price, and there is no such thing as luxury. Frugality is about getting the best possible value for what you spend and spending only according to your values, which may include an occasional luxury item. For example, I value books above Netflix. In most cases, I get them from the library or buy them used—generally after checking them out from the library to be sure it’s something I want in my permanent collection. On rare occasions, for an author I particularly enjoy, I will buy a book new and in hard cover. These are the books I read multiple times and never lend out (so don’t ask to borrow my Diana Gabaldon or Gene Logsdon books).

Rumer Godden’s “In This House of Brede” captures what I see as an essential of frugality: “They are good dear girls,” Dame Ursula often said of the novitiate – it did not matter which novitiate – “If only they wouldn’t be so ardent. They want to sleep on planks, go barefoot, which isn’t necessary, but they won’t use up a reel of thread, or make a pencil last, or darn or patch, which is necessary.” Mending, patching, making things last—critical skills for frugal living.

Another basic is saving things as well as money. Does your newspaper come with a rubber band? How about the broccoli or green onions you buy at the grocery? Do you save those rubber bands? I do—I bet I haven’t bought a rubber band in twenty years. While we use almost no commercial animal feed, what little we do use comes in bags that are sewn with a single piece of string. It can be unpicked at the last stitch and will then unravel into a single piece over a yard long. I tuck them in my pocket and take them back to the house to wind around the ball I keep handy. Good for tying herbs up to dry, wrapping packages, even some basic weaving projects. When the grandkids want to do a craft project, we go dig through the greeting cards I have saved, or the bits of ribbon and lace from sewing projects or Christmas presents. If someone gives me a present in a gift bag, I save both the bag and the tissue paper (uncrumple, put a folded towel over it and press gently with a hot iron; then refold neatly and store in a box). I haven’t bought wrapping paper or ribbon in a while, either. All of these are “little things”, but they add up. Not to mention that they decrease the size of landfills.

Then there are “found” objects—you would be amazed at what winds up on the side of the road. I don’t buy towels any more, as we find so many on the shoulders of the highway every summer that I am always well-stocked (if a little mismatched). We have picked up: shirts; coats; shoes; pool toys; a beach umbrella in a case; something electronic for car repair that my husband calls a “black box” and which he says is worth $2000; plastic milk crates; an inflatable air mattress (the sort you use for an unexpected guest, not the pool toy variety); tools; folding lawn chairs and numerous other items. The biggest thing I ever saw was an actual pickup bed liner lying by the side of the road—I didn’t pick it up, partly because I had no way to take it home, and partly because I was reasonably sure someone was coming back for it.

None of these things take excessive amounts of time, but all of them save money, which can be invested, used to pay down debt, or otherwise used to improve your standard of living. Frugality is above all else a mind-set, and like many skills, must be practiced regularly to be really effective. In the long run it can have a considerable impact on your personal bottom line. Besides, it’s fun!

This entry was posted in Money Matters. Bookmark the permalink.

1 Response to A Penny Saved