Cleanliness Has Nothing to do With God 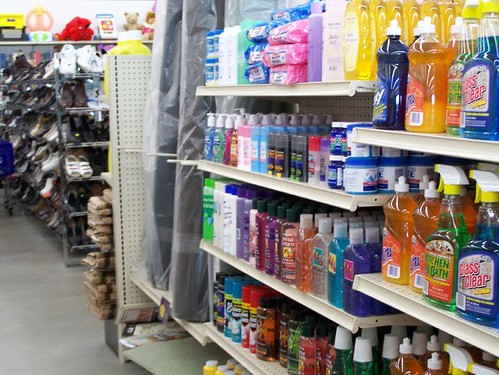 It was a cold, drizzly day, the sort much better spent indoors than out. Only problem being that if I was going to spend it indoors I was going to have to clean house—not my most favorite task. Still, it’s nice to restore order after the small fry have come to visit, and the windowsills were decidedly grubby. I operate on the principle that if I’m going to have to clean house, it should be as simple as possible; I use a spray bottle of liquid dish soap and ammonia in warm water, powdered cleanser (or sometimes just baking soda) and either rags, pot scrubbers or a paint scraper, depending on whether I’m dealing with a light film of something or baked-on crud. A feather duster, broom and a vacuum complete my array of tools.

Cleaning is a meditative activity—the brain can be occupied with higher thought while the hands do their thing—and I began to meditate on the whole issue of cleanliness. I will never be accused of being a fanatic on the subject; nobody would want to eat off my floors and a white glove would pick up something no matter where you ran a finger. I am fond of saying that I’m efficient because I’m lazy, and like Shirley Conran n her amusing book “Superwoman”, I would rather lie on the sofa than sweep under it. So I do what’s necessary, and only what’s necessary. Besides, when you live on a ranch and your husband is a mechanic when he’s not building things or running heavy equipment, AND there are small children running in a million times a day, AND you have four cats, two dogs and the occasional chicken or bummer lamb in your living room, you learn early that you’re fighting a losing battle. I just want to keep the tide from overwhelming me completely; it’s a waste of time to agonize over the small things.

So—back to the meditation. When, I wondered, did cleanliness become something of a religious mania? Certainly, basic hygiene was important in the days before such sanitary conveniences as sewers. Many a typhoid epidemic resulted from the proximity of wells to privies. Women died of childbed fever by the thousands until Ignaz Semmelwies began to push the idea that washing one’s hands between patients could decrease infection. But once the basics were achieved, where did we get the idea that more was so much better that we should disinfect everything in sight? Shopping cart handles, kitchen counters, light switches, bathroom fixtures… the list is practically endless. And in most cases we are not using plain old soap and water, but a mixture of chemicals and fragrances, many of which are irritating to the skin and nose. We wanted antibiotics for colds—which are ineffective against the most common cause, a virus—and in the process we created superbugs that are resistant to antibiotics. Hospitals are some of the most dangerous places on the planet, because they harbor many of the superbugs and because they regularly break the first line of human defense by poking holes in the skin with needles and such. Places where our food is raised (especially the big agribusiness productions) harbor other nasties, like Salmonella and E. coli. And doesn’t that make you excited about your next restaurant spinach salad?

Yes, there are some risks in this world. But we don’t need to douse, spray or wipe things into sterility to keep our families safe. Wash your hands with soap and water. Scrub the obvious dirt off your carrots and beets; give the lettuce and spinach a good spray with vinegar and rinse well. Periodically sweep, vacuum and dust (don’t get over-zealous about it—once a week is adequate, and if you can get away with it, by all means go for a longer interval!). Keep your immune system in good shape with plenty of sleep, high quality food and a reasonable exercise schedule; personally, I’m also a big fan of basic supplements such as multivitamins, extra Vitamin C, nutritional yeast and cod liver oil. And stay away from sugar except on infrequent special occasions—it depresses the white blood cells known as T-cells that help in the fight against infections.

These basics may not bring you closer to godliness, but they’ll keep you healthy and cost you less.

This entry was posted in Health. Bookmark the permalink.