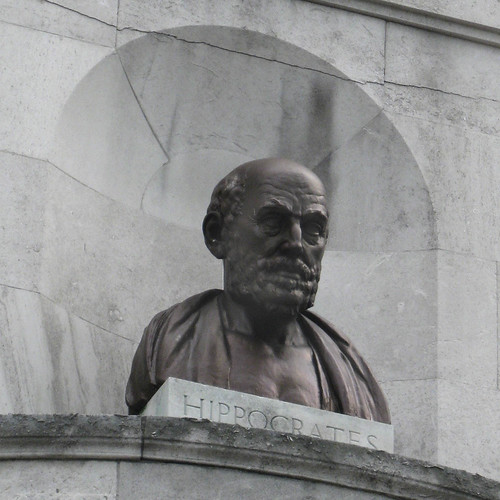 In addition to the stuff I post here, I do some free-lance writing on health topics (being paid actual, real live money for what you write is very nice!). Recently I completed an article in which I talked about basic safe food handling: keep things clean, refrigerate food promptly, and so on. The copy editor—who may be a very nice person and who may be working under some sort of bureaucratic rules I know nothing about—wanted to know what were my “sources” for these recommendations. Say what?!?!?

For thousands of years before Semmelwies and Pasteur gave us the basic principles of germ transmission and infection, people knew that foods would spoil and humans would get sick if they ate them. So when the mastodon roast was beginning to smell a little whiff, Ugg’s wife would toss it to the wolf pup Ugg Junior had brought home. Of course the pup hung around for just these sorts of offerings, and Mrs. Ugg was achieving sanitation of the kitchen area and domestication of a wild animal in the same process. Hippocrates, the “father of modern medicine”, recommended only clean water and wine for washing wounds, and taught that basic sanitation would go a long way.

It disturbs me that so many people today cannot reason for themselves or apply critical thinking to the basics of life. Certainly research has its place—my preference is out in the real world rather than the laboratory—but observation and experience should be equally as valid in most instances. I can look at a jug of clabbered milk and see that it is very different from fresh milk; I can smell it, taste it, pour it and in every case determine that there is something wrong with it. I know from having done it a few times that if I leave milk out in a warm room it’s going to clabber and eventually spoil. I don’t need “sources” to replace the input from my senses or the cognitive faculties of my brain.

So okay, I found some sources because otherwise I wasn’t going to get paid, but for Pete’s sake, when did “sources” become a requirement for common-sense? Maybe I should have cited Hippocrates as my source.

This entry was posted in Food, Health. Bookmark the permalink.