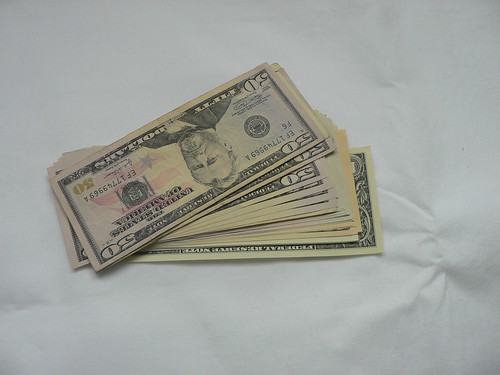 I’ve read and re-read this article (http://money.msn.com/how-to-budget/what-if-you-had-to-buy-american.aspx?page=2) several times now, and each time it bothers me. The author’s contention is that we should continue to buy things made or grown out of the United States because we would lose access to cheap goods and our companies would lose access to external markets. This is because, according to the financial experts, the most efficient producer creates the most valuable goods with the least possible expense; we should not buy American if we are simply supporting an inefficient producer which should either clean up its act or go out of business. So what bothers me about this idea?

First, the concept of efficiency is what led to the idea of “bigger is better” used in so many farms and ranches. This led to CAFOs; antibiotics, steroids and other drugs in our meat supply; drug resistant bacteria in our foods and hospitals. Not to mention the misery for the cattle living on concrete or bare dirt instead of green grass, and being fed corn and soybean meal, neither of which is healthy for a ruminant. It also led to less nutritious foods. Eggs, for example, produced commercially in the big chicken factories, have 4 to 6 times less vitamin D, less vitamin A, less omega-3 fatty acids, less vitamin E and less beta-carotene than eggs from chickens that are pasture-raised. And when it comes to manufacturing, a lot of the cheap stuff is so shoddy that you’ll be buying two or three because they don’t last long.

Second, the least efficient producers are the ones taking government subsidies. It’s not the little farmer who gets a whopping subsidy to let good land lie idle because we have corn surpluses. And many of those “efficient producers”, especially in other countries, achieve their low costs through strategies such as using child labor. Or adulterate their products with low-cost substances that in many cases are downright dangerous.

Third, a lot of those low cost items are terribly wasteful of the planet’s resources. I don’t care how cheap it is—and I am a very frugal person—if I buy something that has been shipped by ocean or air from Thailand, I have to consider the cost of the jet or ship fuel in the equation. Long distance shipping contributes to oil pollution as well as using up a finite resource that might be better spent in other ways.

Fourth, do we really need all the fancy gadgetry? IPods and such are not critical to our existence. Yes, I have a cell phone, but the only thing I use it for is to make a call occasionally, and if there were still functioning public phone booths available, I probably wouldn’t even have that. I finally got one when it became clear that phone companies weren’t going to provide or maintain the public booths any longer, and I got the most basic model I could find.

And finally, the idea that if we don’t buy their stuff we will lose markets for our stuff seems off base to me. No country can produce everything its citizens want (although I suspect most could produce what their citizens need—big difference!) and popular pressure would be likely to help keep the trade markets open. Even in the time of Alexander the Great, traders plied the mountains, deserts and seas with things people wanted. The author of this piece seems to think it’s an either-or proposition; but there are plenty of good quality products made in America that we could choose over foreign products.

Yes, I like being able to enjoy bananas or chocolate, but I could get along without them if I had to. We don’t have to have everything, and in fact, all too often, the more stuff they have the less happy people seem to be. I say we need to buy local as much as possible, buy American as much as possible and buy a lot less stuff in general. If anybody thinks I’m missing something here, please let me know!

This entry was posted in Food, Freedom, Money Matters. Bookmark the permalink.