Hope for the Best, But Prepare for the Worst 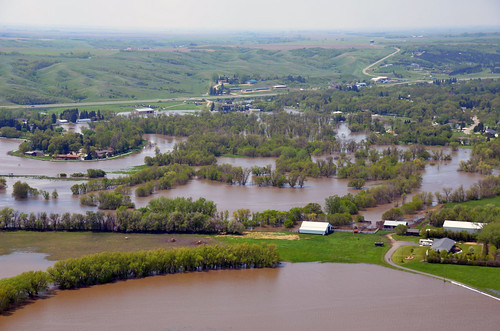 We were having a discussion the other day about the inability to conceive of the possibility that disaster can strike, which results in the failure to prepare on even the most basic level. It doesn’t have to be a tornado, hurricane or flood—it can be something as mundane as a truckers’ strike that disrupts the grocery store deliveries or a burst city water main. In each case, something outside your control makes it impossible to get food or water from your usual sources. Since floods, strikes, power failures and such are facts of life, why would people act as if these things either don’t exist or won’t ever happen to them?

Certainly denial plays a factor. Denial is, according to those who deal with the workings of the mind, a common mental defense mechanism that comes into play when a person comes face to face with something so uncomfortable that the something is rejected. At first glance, it would seem contra-survival. Faced with a sabre-tooth tiger at a range of ten feet, denial is going to result in certain death. Faced with undeniable evidence that the climate is changing (never mind the arguments about emails, just look at the satellite photos of shrinking glaciers and Antarctic ice packs), or that the world’s oil supply is diminishing, many people either argue about the irrelevant details, pretend nothing is happening or simply refuse to believe. James Howard Kunstler, author of “The Long Emergency”, calls it sleepwalking into the future. Why do people find it so difficult to face the dangerous realities of our current way of life?

The field of evolutionary psychology has made several assumptions that may bear light on this situation. Scientists believe that human characteristics evolved in response to genetic changes and environmental adaptations.  One of the most interesting of these is that humans evolved in small-scale foraging societies, with bands of about 150 being the maximum number. So in that respect, dealing with the sabre-tooth would not be one of the situations in which denial comes into play—it’s a normal part of the environment and the hunter-gather would scream, fight or run like hell. When you are a hunter-gather, or even a farmer who raises food for the family, you become acutely attuned to what may disrupt that food supply. Changes in weather, animal migration patterns, insect infestations or irrigation water shortages are all conditions that make you sit up and take notice, because those are the sorts of thing we have evolved to pay attention to and because they are up close and personal. But today’s humans face extremely complex issues: climate change, fiscal insolvency, terrorism. A hunter-gather society is probably not a good place to learn to cope with such things, especially since societies are now layered with the globalization of nearly everything, millions of conflicting rules and regulations and bureaucracies that are nearly paralyzed even when they work reasonably well (which of course, most don’t). Thus the mind moves to denial of a threat it does not understand. But if experience is indeed the best teacher, why did so many people who experienced the three major New York blackouts in 1965, 1977 and 2003 still never make preparations for food or water storage, never even add a flashlight to purse or glove compartment?

I’m inclined to say that’s more than denial—there’s probably a better word for it. How about sheer foolishness?

This entry was posted in Food, Health, Money Matters. Bookmark the permalink.