On Being a Contrarian 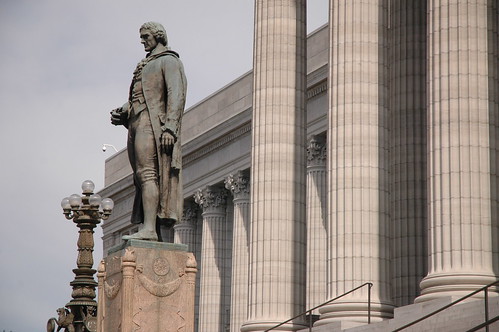 Every society has its contrarians—those who buck the tide and think for themselves. What makes them different is that they flatly refuse to buy into the idea that anybody else’s opinions or decisions are better than their own. I think it was Robert Heinlein who said democracy was the idea that the decisions of a thousand idiots are better than the decision of one wise man. The contrarians I know read the books, watch the news, and do their own research, especially if the accepted research contradicts their personal experiences.  They are the ones who practice diversified farming instead of mono-cropped agricultural industrialism. Contrarians drink raw milk, use butter they made themselves, load their own ammunition, grow food gardens and can butcher an elk on the kitchen table. Contrarians are the ones who are likely to be labeled: “not a team player”; “has trouble taking direction”; “resistant to instructions”. A contrarian has little use for government bureaucrats, manipulated statistics, political spin or similar attempts to make her go along with the herd. Most of the contrarians I’ve known are also pretty good shots, for some reason…

While they come in a variety of genders, sexual persuasions, sizes, colors and genetic backgrounds, they share some characteristics:

I have also found that it’s generally the contrarians who will give you the shirt off their backs, the hamburger—raised on the farm, of course—out of the freezer, and the gallon of gas when you’re stranded along the road. They know that the buck stops right next to that face they see in the mirror. Let’s hear it for the contrarians, bless their stubborn, persnickety little hearts of gold.

This entry was posted in Farms, Freedom, Health. Bookmark the permalink.

1 Response to On Being a Contrarian