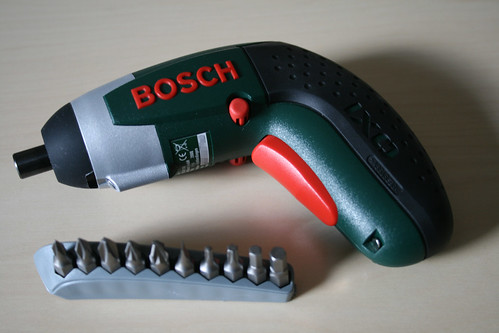 Doing carpentry projects with my spouse is always interesting, for a variety of reasons. As the Native Americans had names indicative of some experience or skill, so we have titles for projects like the milking shed. My husband’s range from Operator of the Backhoe or Wielder of the Skillsaw, to Master of the Screwgun. I, on the other hand, am afforded the decidedly less sexy stuff: Hander of Materials, Finder of Lost Objects, and the ever-popular Pickerup of Messes.

Then there’s his reluctance to allow me power tools—I think it must be a Y chromosome thing—but today we achieved a breakthrough. When I pointed out that we have two screw guns and I thought I could probably manage to get some screws into the boards, I thought for a minute I had committed les majesty. But since he was crawling around on the boards and his knees hurt (I was careful to pick my moment), he allowed as how just possibly I might be trusted with the second screw gun.

Mind you, even after he agreed that I could wield the second screw gun, he hovered over me to supervise and offer suggestions. Did I remember that the screws should be sunk at an angle for maximum stability; did I know that the push button on the side changes the drive from forward to reverse; was I making sure to countersink each screw?

I think maybe I achieved a Pyrrhic victory here.