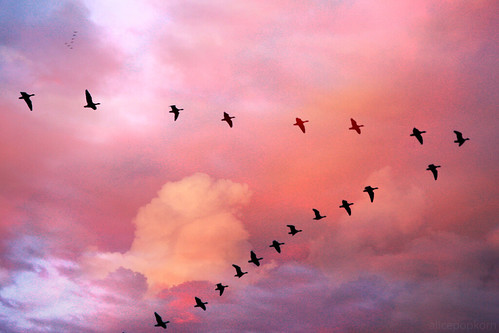 When people come to visit, someone nearly always makes a comment along the lines of “It’s so peaceful and quiet here.” I always smile, but I know their definition is different from mine. In the sense that we don’t have a freeway running by us or live next to an airport or live in a subdivision with forty-bazillion lawn mowers and power tools, I guess it’s peaceful. But I would call the term “quiet” a bit of a misnomer.

First there are the sounds of the domestic animals. The dogs bark to let us know a car is coming down the road. They go berserk when the deer are in the orchard stealing apples. Cats demand to be let in and thirty seconds later demand to be let out (I have one cat nicknamed YoYo for this habit). Baby chicks peep in contentment as they gobble up their food, or occasionally shriek because they’ve lost Mama or the rest of their buddies. The sheep baa to us, each other, and anything that moves. Pigs are surprisingly noisy. That may be partly, at the moment, because the sow and the boar are disputing the rights to the water trough, in which each prefers to bathe during the heat of the day. Since the trough is made from an old metal water heater and the two pigs have a combined weight of around 700 pounds, there’s a lot of clanging, banging, and swearing in Pig. The younger pigs are relatively quiet unless they think they are about to be fed, when all hell breaks loose. The geese and the ducks down on the pond have plenty to say about life in general, while the stallion periodically calls just to make sure the brood mares know he’s ready, willing and available.

We get plenty of noise from the wild critters as well. Although the deer don’t talk, they make a considerable racket trying to sneak up on the chrysanthemums – leaves rustling, twigs and sticks snapping, and the inevitable spook as someone walks out the front door, when they sound like a herd of very large elephants bounding down the hill. The wild turkeys “chook-chook” to each other and the toms occasionally gobble. Jays announce themselves at the top of their raucous voices while the colony of woodpeckers that lives in the trees by the house tap-tap their way up and down anything made of wood. Quail call “Chicago” as they move through the brush. Foxes bark as they wander through the orchard at night on hunting forays and occasionally a pack of coyotes tunes up for a midnight sing-a-long.

Then there are the mechanically-oriented noises. The backhoe grumbling up the road. The ancient Ford tractor arthritically grinding through its labors and the occasional explosion of a backfire as it stops. Chainsaws are wielded in pursuit of firewood, the log splitter adds its putter and sometimes a log creaks noisily as it splits into smaller chunks. I may hear the mechanic swearing as he labors to put something back together or take it apart so he can fix it and put it back together.

Still, the mere fact that I can hear all of these individual noises does say something about the lack of competition from industry or “civilization”. I don’t have to try and ignore the neighbor’s TV, or the car coming down the street with its stereo turned to the highest decibel level. I can sort out the sound of the big creek from the wind through the evergreens, and when the wild geese fly low overhead, I can hear their feathers rustle. That’s peaceful enough for me.

This entry was posted in Farms, Health. Bookmark the permalink.