Tinkering With Your Genes 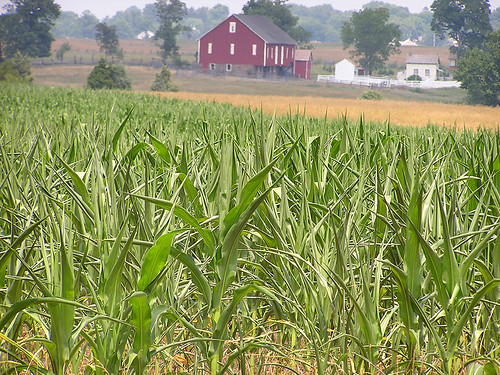 The next time someone tells you that GMO foods are no big deal, refer them to the studies on how what a mouse ate can affect the likelihood that her granddaughter will develop cancer. Or the research that indicates whatever you do in your life could have an impact on the health and longevity of your descendants.

GMO plants and seeds are those that have been changed using a technique called genetic engineering. The DNA may come from a plant that is totally unrelated, so genes from tomatoes may be inserted into corn. Maybe the GMO corn now has lycopene, a nutrient that may help prevent cancer. Or the corn is now resistant to the effects of herbicides or more drought-tolerant. These sound like beneficial changes. Except, GMO corn has been found to cause organ failure in rats. Herbicide-resistant corn increases the use of herbicides, which is not a good thing. Increased use of herbicides has all sorts of negative health effects, not to mention that no herbicide has a 100% kill rate, so by using an herbicide you are simply selecting for herbicide-resistant plants. GMO foods such as soy have caused an increased incidence of allergic reactions and liver problems.

Because corn is wind-pollinated, a farmer who raises corn across the road from the GMO stand now has GMO corn that he didn’t want. To make matters worse, Monsanto may sue (and has) such farmers because their corn or soybeans or canola now has GMO genes that Monsanto patented – the farmers are sued on the pretext that they “stole” the genes from Monsanto.

Aside from the corporate bullying practiced by Monsanto (and if you want a real eye-opener, check out how many people in the current and former administrations have strong ties to Monsanto and now work for organizations like the FDA), these activities are likely to have far-reaching consequences for the human race. The truth is, we simply don’t know enough to tinker with genetics in this fashion. In the normal course of events, if you develop a hybrid, you have a chance to watch it through a few generations for both the positive and the negative aspects. Just because we can do something doesn’t mean we should.