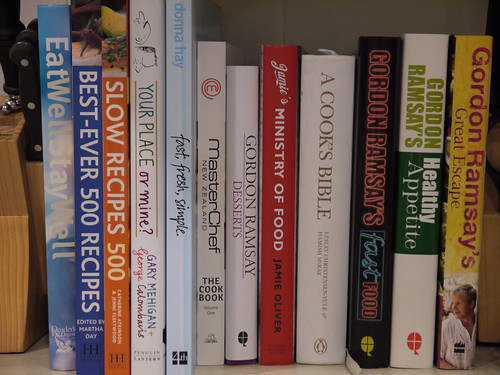 I recently brought home a library copy of the latest Cook’s Illustrated Cookbook, a collection of 2,000 recipes that includes pretty much everything they’ve created in the last 20 years. If you don’t know of these folks, just let me say that they think food is so important, they’ll make a recipe 300 times until they’re sure it’s as good as it can be. Another point in their favor is that they try to take luscious, complicated, time-consuming recipes like puff pastry, bouillabaisse or Linzertorte and turn them into streamlined versions the home cook can make with ingredients from the grocery store (with an occasional foray into a specialty market for something like Asian seasonings). I have only two criticisms of their wonderful cooking: they will often tell you to discard perfectly usable food, and they assume you have a grocery store within a block or two.

As an example, because chicken wings and backs are more difficult to roast or fry, given their rather odd shape, CI will suggest you pitch them. And when they make chicken stock – admittedly delicious chicken stock – they offer the opinion that the meat from which you have simmered this delectable stock is pretty much worn out and should be consigned to the trash. This bothers me for several reasons. First, I think wasting food is very nearly a sin. Even if I can’t eat it my pigs, chickens, dogs or cats will do so. The other thing is that you can make chicken wings into mini drumsticks with BBQ sauce or turn them into chicken stock and shred the meat for a casserole. If the meat is a little short on chicken flavor after being cooked, make it a spicy casserole or make chicken enchiladas. 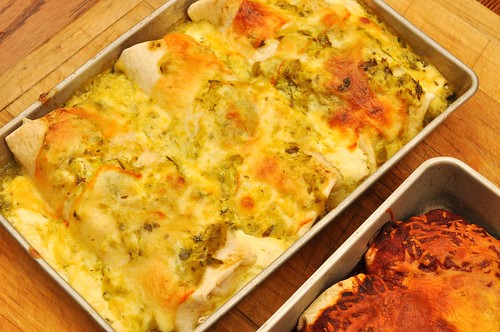 CI is to be commended for their focus on cooking good food with normal grocery store items. If you have access to the even better stuff you raise yourself, the food will simply be that much better. But I live where the nearest grocery store is a fifty-mile round trip away (unless all I want is some chips or sliced lunch meat). I cook from the pantry much more often than I make up a list and go to the store. Not to mention, that because of my aversion to wasting food, I frequently need to turn leftovers into a nice tasty new dish. Tonight, for example, I had leftover chuck roast (previously cooked to perfection according to CI’s pan-sear-and-cook-at-low-temperature routine, which makes for tender beef). I also had some garlic that was sprouting, a small piece of Parmesan cheese and some veggies that were about to be past their prime. Oh, and three small jars of pan scrapings from various beef cuts cooked in a skillet or roasted. These assorted items became – if I say do so myself – a really tasty minestrone soup. Add an onion, some canned diced tomatoes, a few pieces of broken spaghetti and a little basil, oregano and thyme, simmer gently for half an hour and dinner was served.

Maybe one of these days, CI will turn their attention to creating a leftovers cookbook. If they do, I’ll be the first one in line!

This entry was posted in Food, Money Matters. Bookmark the permalink.