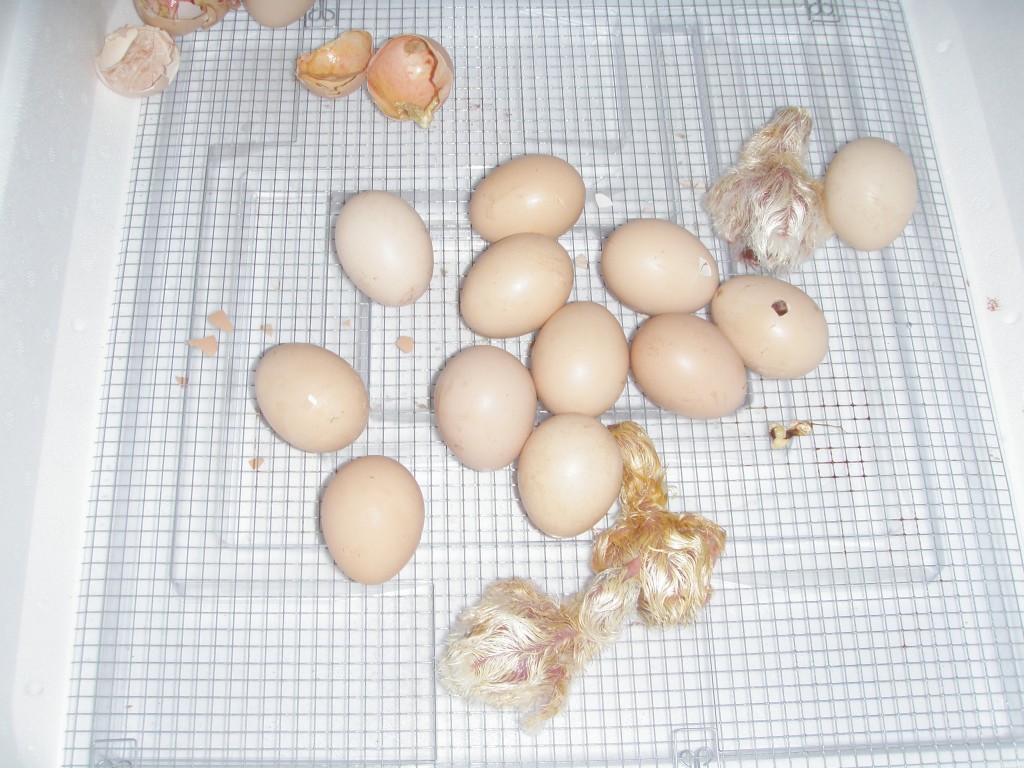 About three weeks ago, I started some eggs in the incubator because I was afraid my Cornish hens weren’t going to go broody. Of course, one promptly started setting two days later, and yesterday I discovered three more setting. Broodiness is a trait that has been bred out of many chickens, because egg producers are interested in lots of eggs. A broody hen quits laying and starts setting, and she usually stays out of the egg-laying business until she molts (loses her feathers and grows a new set) in the late summer. Can’t have that in commercial production, might run out of eggs. Never mind the millions in cold storage because commercial chickens are kept under lights so they’ll pump ‘em out and die early from the stress.

I prefer the older breeds, as a few of them will go broody while the others keep on laying. That way I can have enough eggs to eat, raise some replacement chickens to lay more eggs, and this year, maybe raise some meat chickens from the Cornish-Delaware cross I’m experimenting with. All of which is a long way of saying that I now have four Cornish hens setting on about three dozen eggs as well as one Australorp setting on another dozen. So my eggs in the incubator are sort of like coals to Newcastle, an idiom developed to indicate an unnecessary action – Newcastle being a place in England where they mined lots of coal.

Still, when the eggs in the incubator began to emit muffled cheeps, it was exciting, especially for the smaller grandkids. The first chick managed to time its entrance into the world just as the girls came over this afternoon, and there were dozens of “Ooohhhs” and “Oh-my-gosh” and “Look, look!” They got to watch the first three chicks break out of the shell and we had extensive discussions about why they didn’t need to have feed and water right away (chicks draw the remaining yolk into their bodies during hatching and need neither food nor water for about three days, which allows mama to stay on the nest until all the babies have hatched). There were loud pleas to hold one “Just for a minute, Nana!” and multiple trips back to the incubator to see if any of the other eggs which had pipped (the baby chick pecks a hole in the shell with its beak and then enlarges it, called pipping) had actually hatched.

All in all, it was good day for both newcomers and kids. 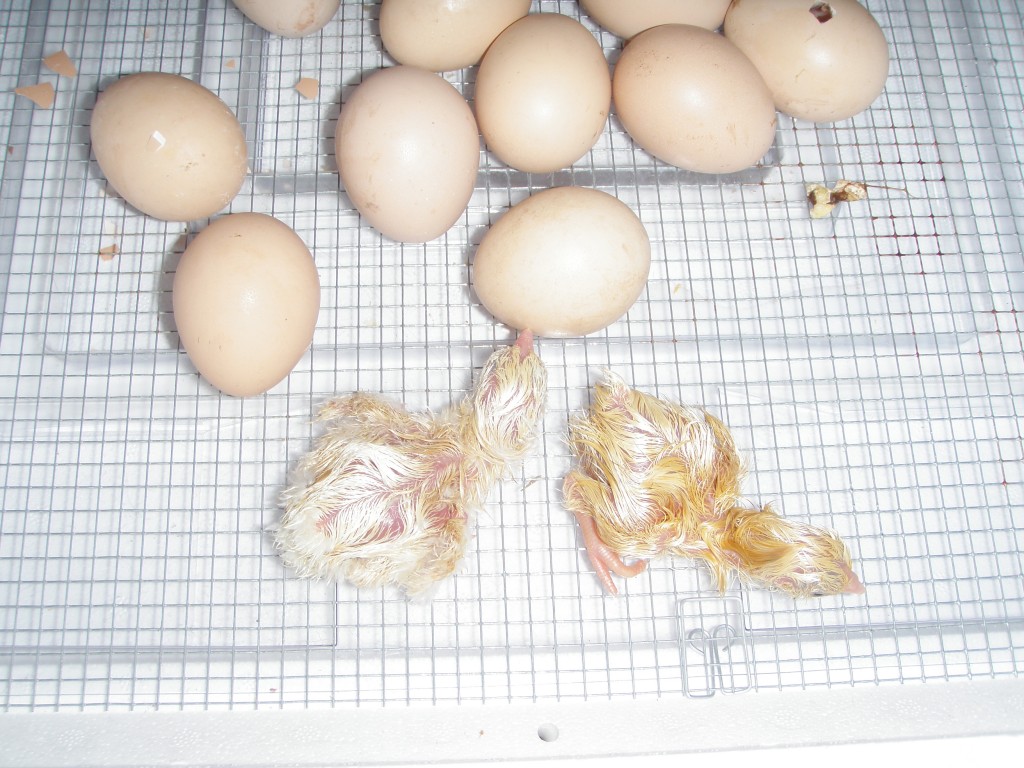