A Weed by any Other Name 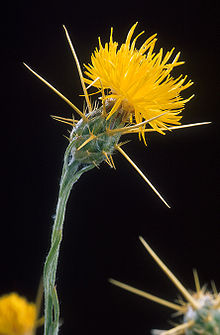 We give weeds far too little honor in today’s world. The so-called weed can supply us with people food, animal food, medicine, garden stakes, compost, beverages, decorations, and fencing, not to mention knowledge about soil and water conditions.

Take the blackberry (take some of mine, please!). While I would admit that the acres of wild blackberries on this place when we first moved in were way more than we needed, the first thing they told us was where the underground water supplies were. Blackberries need lots of water, and when they grow in luxuriant profusion, it means there is a reliable source of water. We found a number of springs under the blackberries, some of which continue to flow for much or all of the summer. Blackberries also provide loads of fruit for the wild quail and other birds on the place, which also eat weed seeds and bugs. Of course, they’re good for people food as well. Carefully planted and managed, they can help you create hedgerows for fencing – the first year on the ranch we were able to avoid rebuilding the fence along one side of the broodmare pasture because the blackberries were doing the job quite well. On the negative side, they will take over if not controlled, and a sheep that gets tangled in them may be permanently stuck if not rescued. And of course, they do have those spikes on the branches… We have all sorts of “weeds” that are good sources of herbal medicine. Willows for fever (the bark is harvested in the fall for willow bark tea); horehound for cough syrup and horehound tea (full disclosure – no matter how much you sweeten it, horehound tea tastes terrible, but it works); wild mint (a much nicer-tasting tea that’s also great as a deodorizer and room freshener); asparagus (not technically a weed, but the patch was planted Lord knows how many years ago and has basically gone wild. Asparagus is a fairly effective diuretic.) Different parts of the aforementioned blackberry are good for various conditions – the leaves make a gargle for treating thrush and as a routine mouthwash, the root helps diarrhea and the berries themselves can be combined with the root and honey for a cough remedy. Although I haven’t tried it, even the star thistle, which is the scourge of many Western states because of its invasive qualities, is supposed to be helpful for kidney stones and can provide forage in the early stages of its growth.

Still, despite their many positive qualities, weeds can definitely be too much of a good thing. Since I won’t spray unless there is no other choice and do it reluctantly even then, I try to manage weeds by yanking or digging them up, or at least lopping them off so they don’t go to seed. The areas I travel regularly tend to have fewer weeds, simply because I see them. Areas that are farther afield may be overrun – when you’re dealing with 180 acres, that’s a fair amount of territory to weed. Animals are also helpful in this never-ending story. Geese and ducks will graze on things the cows ignore. Sheep like blackberry leaves. Cows will eat young, green star thistles and horses LOVE poison oak (which is a bit of a nuisance when they come and give you a kiss just after chomping on their tasty snack). I know I will never win this battle – I’m satisfied with either a draw or an armed truce.