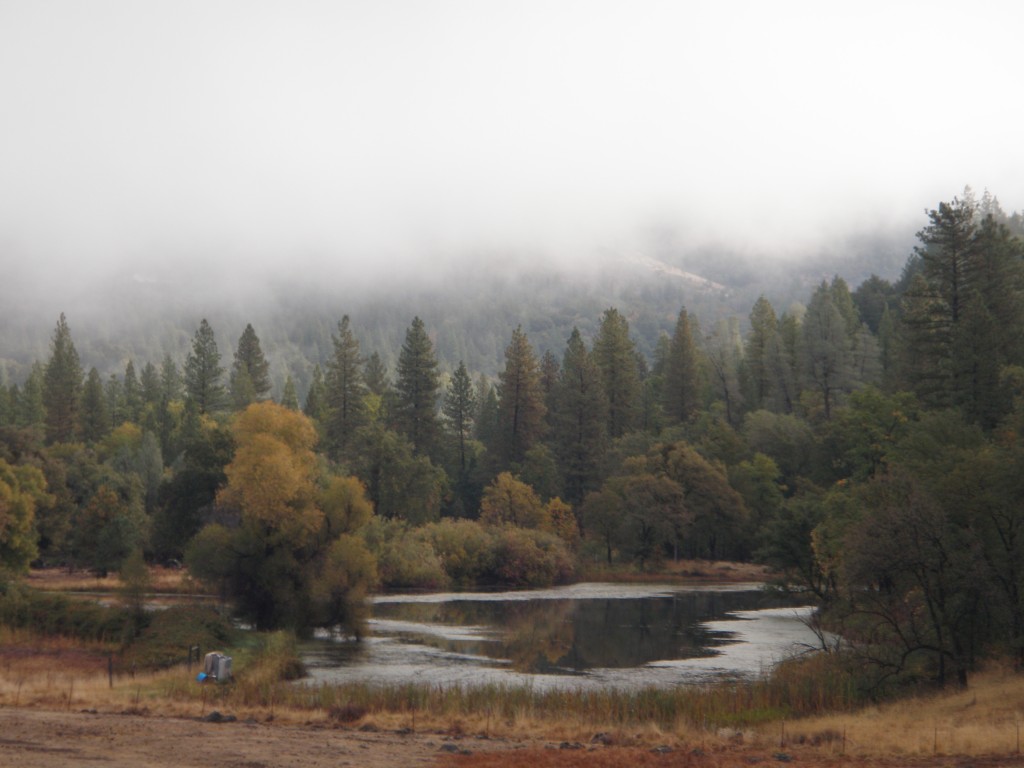 Winter announced its arrival this year by dropping daytime temperatures 45 degrees within 48 hours and then dumping an inch-and-a-half of rain on us in eight hours. We were also treated to hail the size of my thumb, thunder, lightning and a cold wind. Guess Ma Nature wanted to make her point… 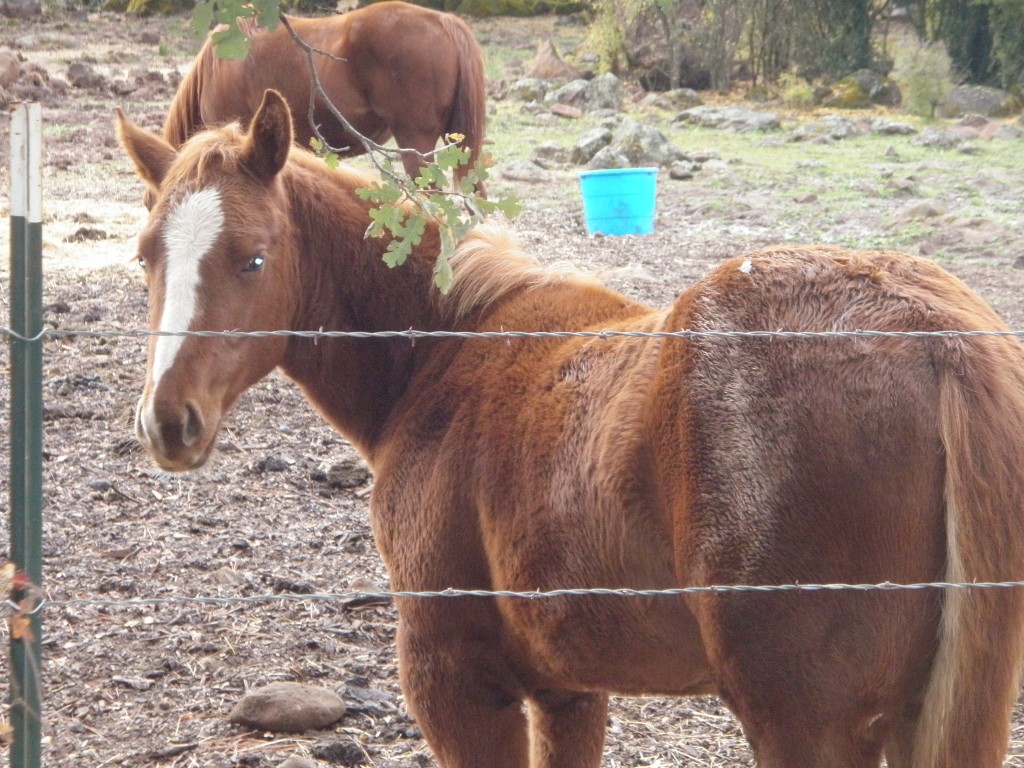 Dixie’s first major storm — she was not impressed. 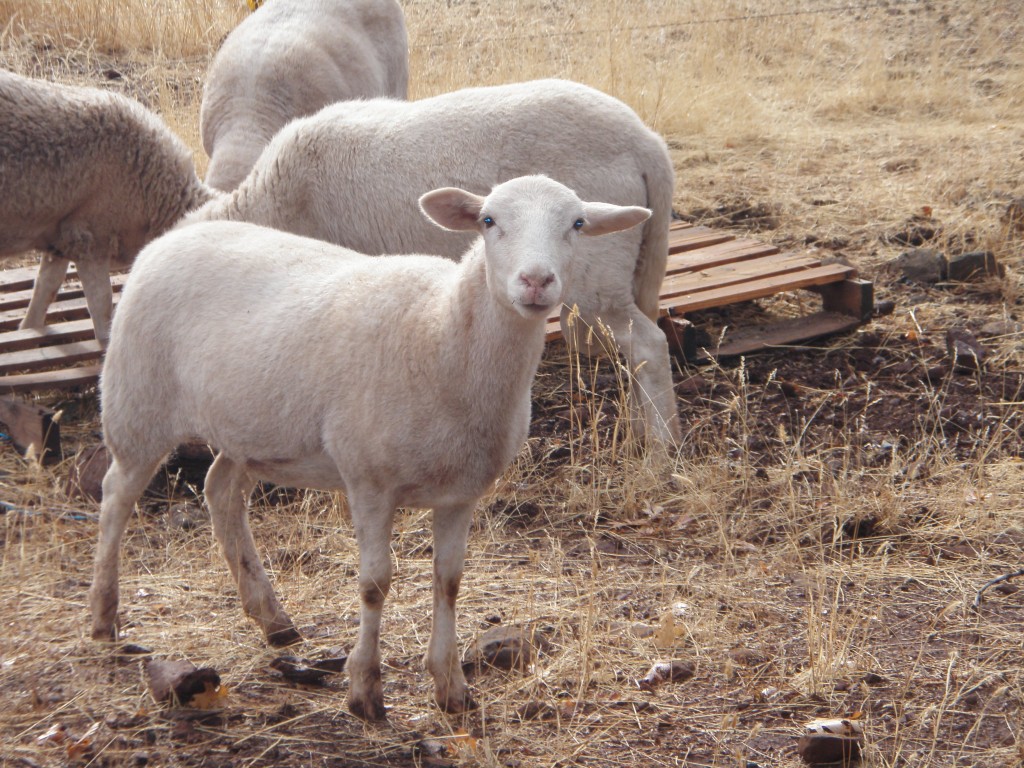 Sure am glad I’ve got this nice wool coat…

One nice thing about living in the modern age is the availability of weather forecasts (although I know some ranchers who are just about as accurate as the government forecasters without the expensive equipment). When you know it’s coming, you can batten down the hatches – which we did. However, the wind snuck under the tarp on one haystack and blew it clear off. Left the rope nicely tied in position, but the tarp took flight. So we spent a good chunk of the morning salting the hay. 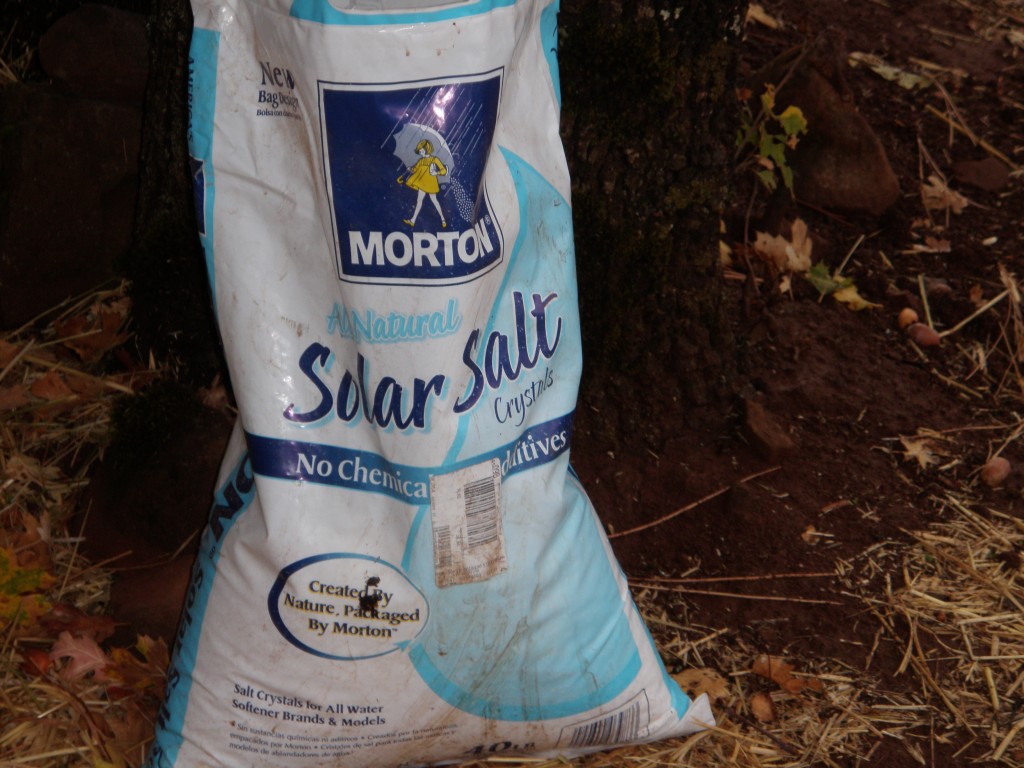 Rock salt in the bag.

Wet hay gets moldy. Although animals will eat around the moldy spots unless the bales are solid mold, we’d just as soon not give anyone a belly ache. Rock salt, applied as soon as possible after a wetting, absorbs moisture and can prevent the hay from spoiling. So you climb the stack, packing a 25-pound bag of rock salt, and broadcast it over the surface of the bales. We had to replace the tarp, since more rain is in the forecast, but if it clears off as it’s supposed to on Thursday, we’ll strip off the tarp again and let things air out. Hopefully, we caught it in time to prevent major damage.

Hay that gets wet in the field is likely to be a bigger problem than hay that gets wet once it’s stacked. In the field, every bale gets wet, while in the stack, only the top bales are doused. If the salt doesn’t do the trick, we can shove those off the stack and feed them first. The stack is now re-tarped and there are six tires strung together with ropes providing weight to hold the tarp down. 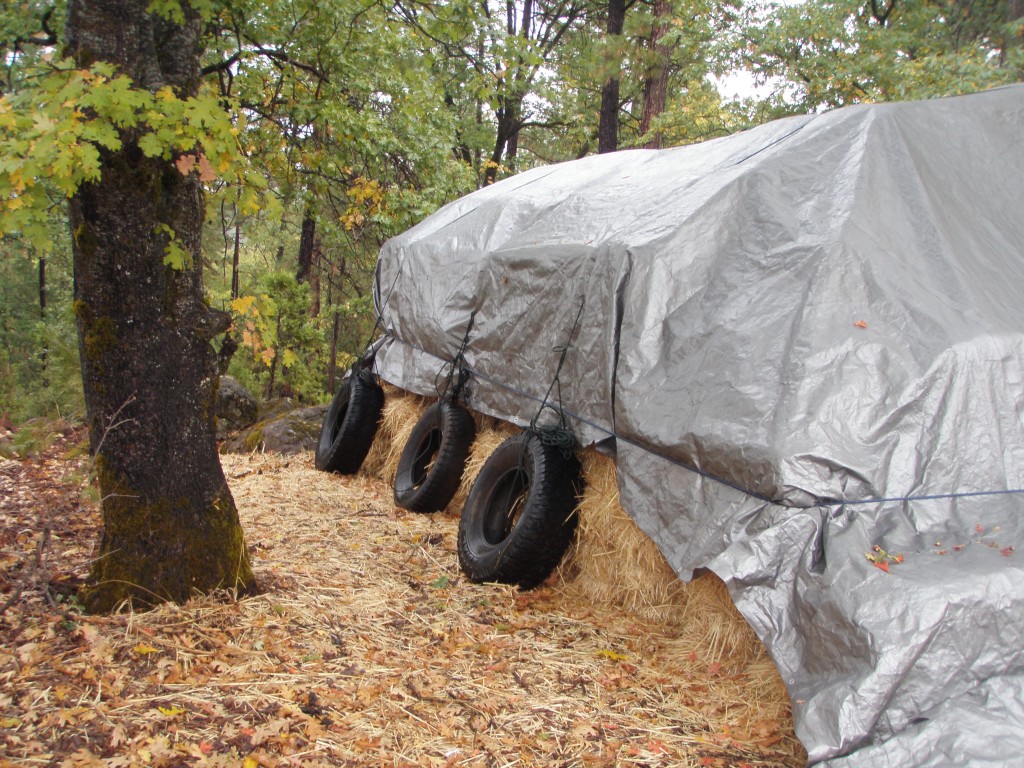 Let’s see the wind get that tarp off!

The storm also brought the bucks home. My avid hunter husband has been bemoaning that fact that all he had seen for weeks was the does that frequent our place. He’d been out hopefully each evening, only to come back downcast. He’d already gotten a buck up in the mountains but had a tag for our area as well, and of course one doesn’t want to let it go to waste. Sunday was the last day of hunting season and the storm hit that night. Monday morning I saw a two-point. Monday evening, as we were doing the chores, we saw a forked-horn and three-point.

My husband swore all the way back to the house.