The Miracle and Mystery of Moss 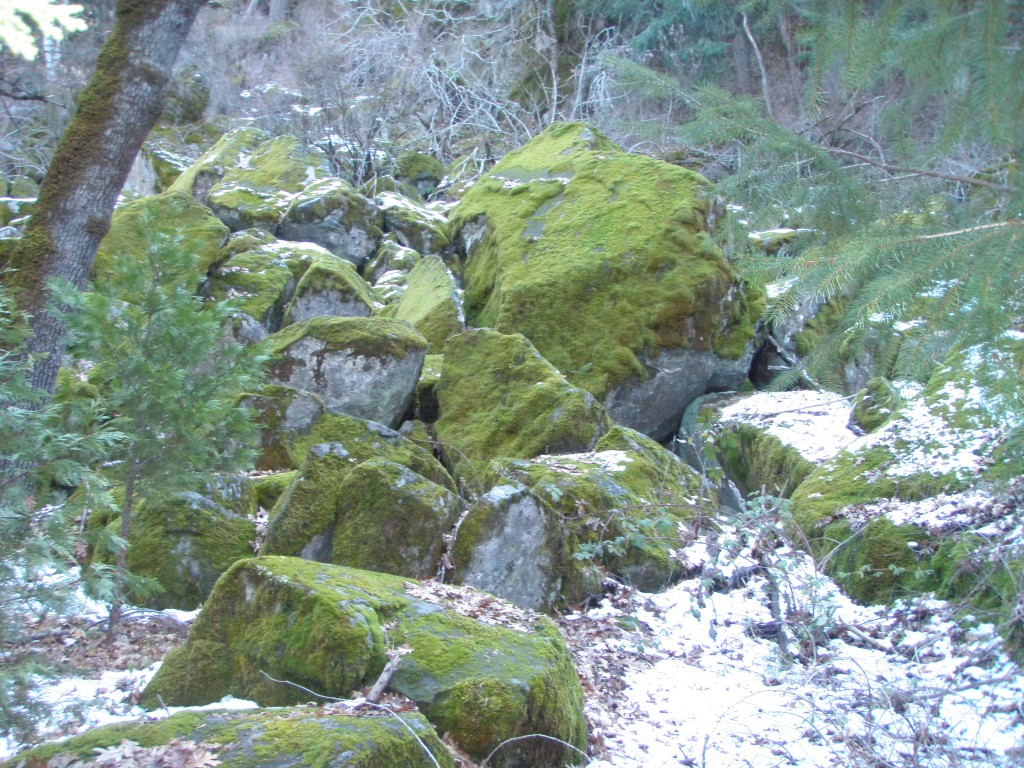 In another few million years, these rocks will be sand, thanks to moss.

Aside from the old boy/girl scout wilderness guides about navigating your way north by finding the moss growing on the north side of tree, I’m betting most folks give little thought to these interesting plants. Among other things mosses (or at least the ancestors of what we call moss today) caused ice ages. Seems the ancient mosses extracted CO2 from the atmosphere and secreted acids that dissolved the rocks they were growing on. The acidified rocks extracted more CO2 and caused massive algal blooms in the oceans – yep, you guessed it, more CO2 extracted. Eventually the CO2 levels dropped all over the world and the earth developed ice caps and expansive glaciers. So I guess we could solve global warming by cultivating lots of moss… 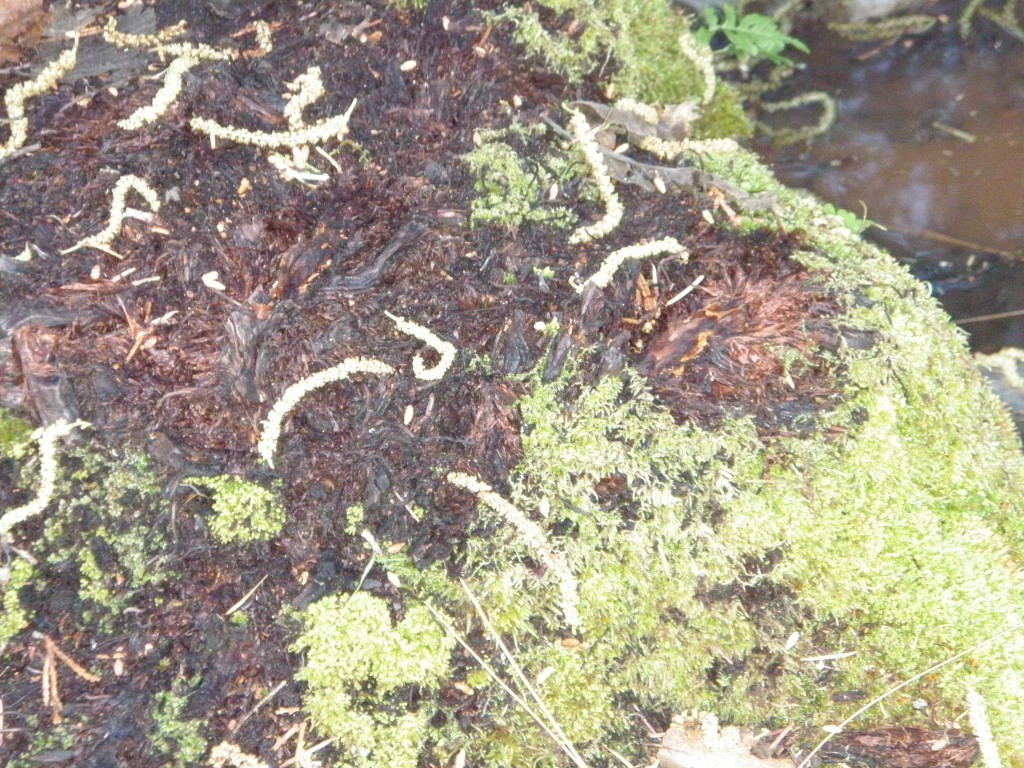 Moss doesn’t always grow on the north side of trees, by the way. It usually grows on whatever side is more shaded and has more moisture. Moss, unlike most plants, can’t transport water or prevent evaporation, so it needs to be wet all the time to grow. In times of drought, it simply dries up and waits for the rains to come. Mosses prefer specific trees; in our neck of the woods, you’ll see lots of moss on the oaks but little or none on the evergreens. Unlike mistletoe, moss is not a parasite and doesn’t do any damage to the trees it grows on. 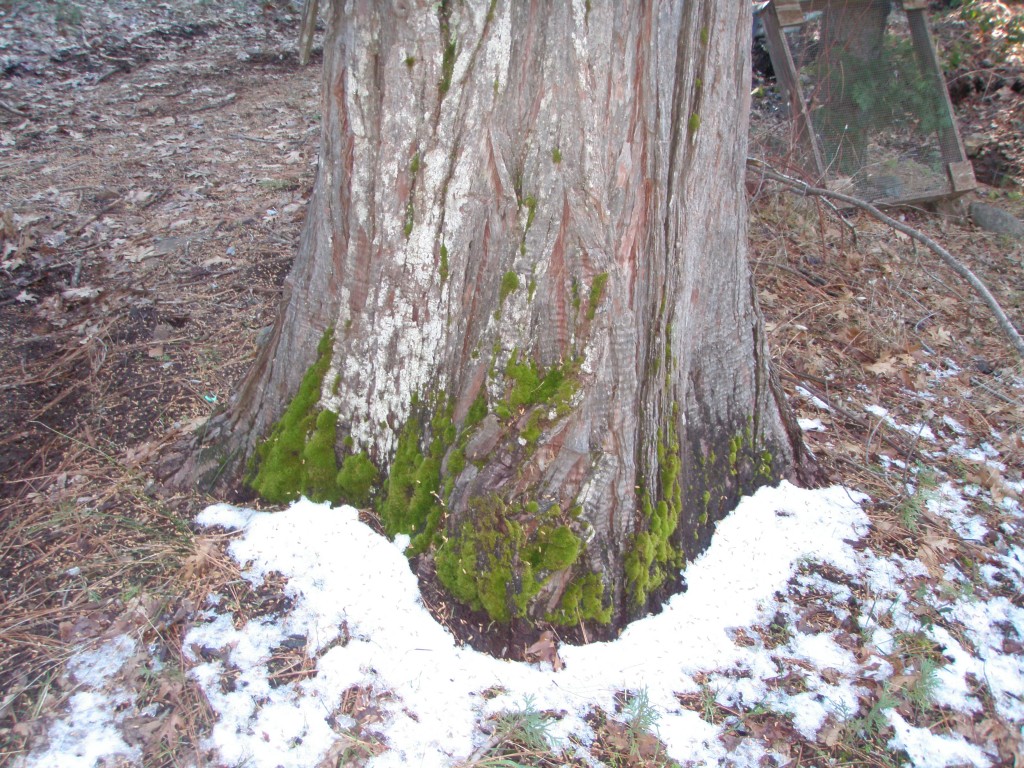 Not much on this cedar tree. 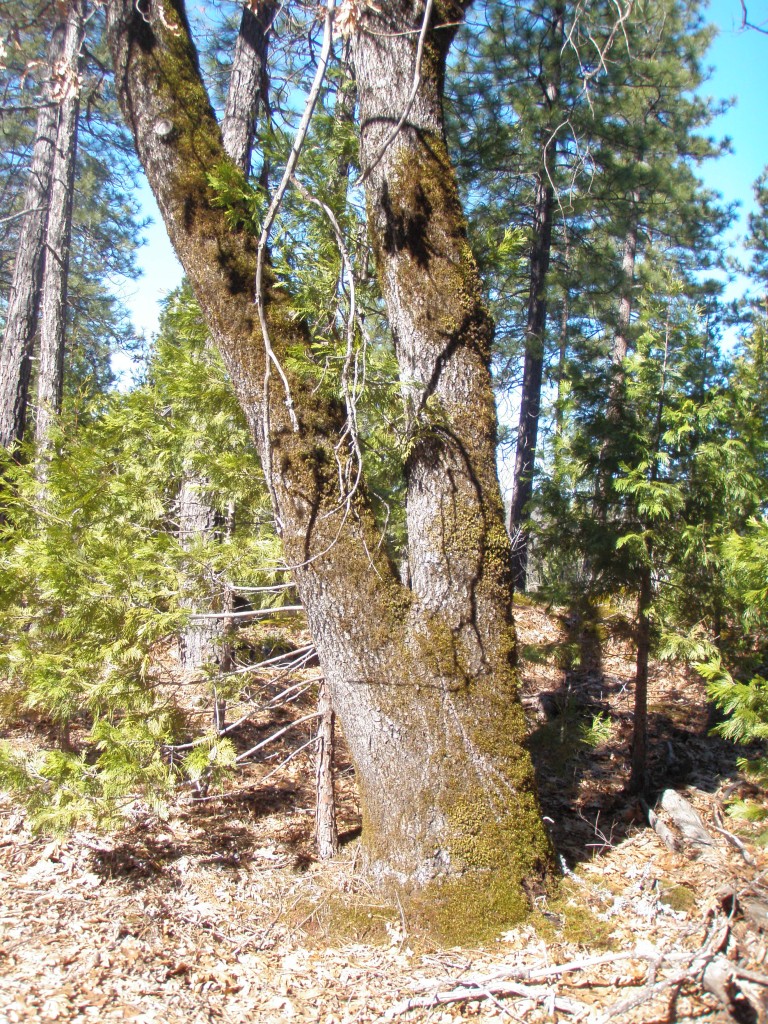 But the oaks are loaded with moss.

Although we modern folks tend to use moss primarily for decoration in floral baskets or to grow plants (that’s the sphagnum version), our more primitive ancestors used it for bedding, baskets, wound dressings, sanitary napkins, diapers, insulation and food storage. Moss is not only absorbent, it has antibacterial properties – next time you’re out in the woods and cut your finger, try a moss bandaid. Musk oxen, dall sheep and some caribou eat moss and lichens. It’s pretty, too. I’ve seen moss that looks like lacey, brilliant green ruffles – the sort you see on a fancy petticoat. Tiny mushrooms, no bigger than a child’s little finger, dot the moss on some of our oak trees. Moss even blooms like flowers, although the “blossoms” are so small and similarly colored you’d be hard put to recognize them as a flower.

1 Response to The Miracle and Mystery of Moss