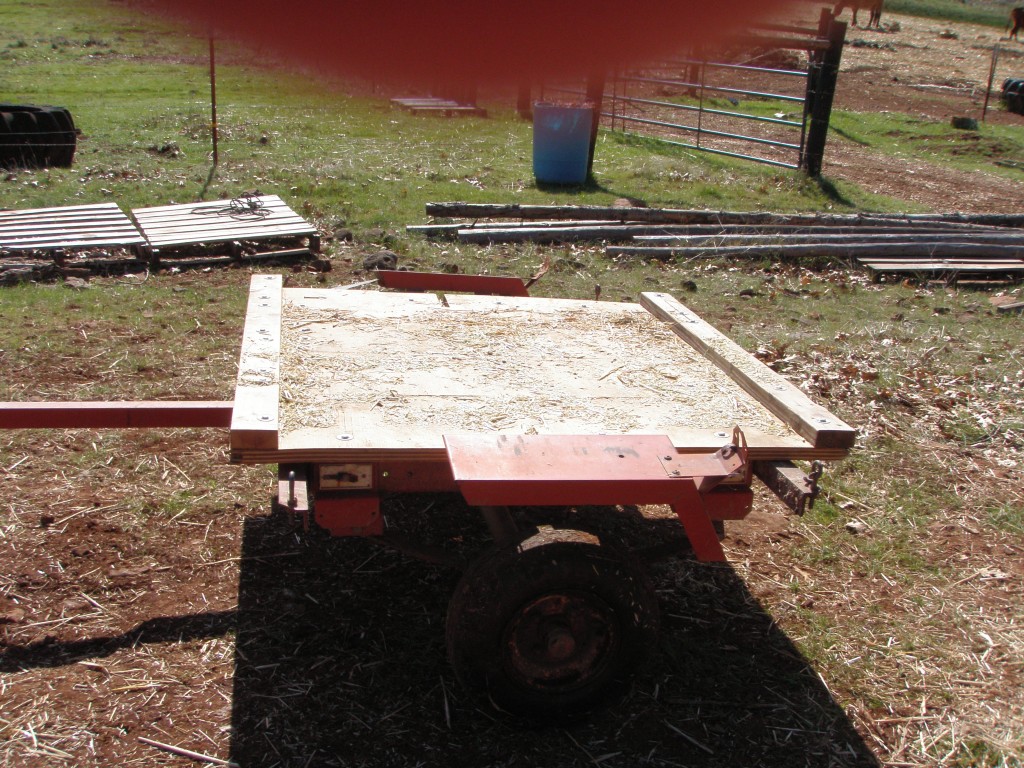 We spend a lot of time around here moving stuff from one place to another. It could be relocating the chicks to the new coop, hauling hay to feed the critters, hauling manure to feed the garden so it will feed us, moving lumber or firewood — well, I’m sure you get the picture. As we get older — dang it! — we’ve had to evaluate our systems and try to come up with ways to move things that involve less wear and tear on backs, shoulders, knees or previously injured portions of our anatomy. Even the younger generation has some orthopedic issues that have necessitated working smarter, and the youngest generation doesn’t have the muscle power to move some things. Since we need various capacities and styles of hauling equipment and it’s always better to lift things a short distance rather than a long distance, we have collected a variety of trailers. Not that we’ve spent a lot of money on any of this stuff. It’s either been given to us, built by my mechanic/welder husband or we’ve won it in some sort of contest.

In this mechanized age, an “average” hay bale often weighs 120 pounds. My back has a lot to say about it when I try to pick those beggars up and set them on the four-wheeler rack or a pickup bed. Hubby had an old motorcycle trailer sitting around (for about 20 years) that he decided might be put to use so we could feed hay more easily. It’s lower than anything else we have and can be pulled quite easily with the four-wheeler. I can drag a bale to it, stand the bale on end and plop it onto the trailer quite easily without hearing any negative conversation from my spinal column. It’s also small and light enough that even when it’s really sloppy in the pasture, one of us can drive while the other rides the trailer and tosses out hay. 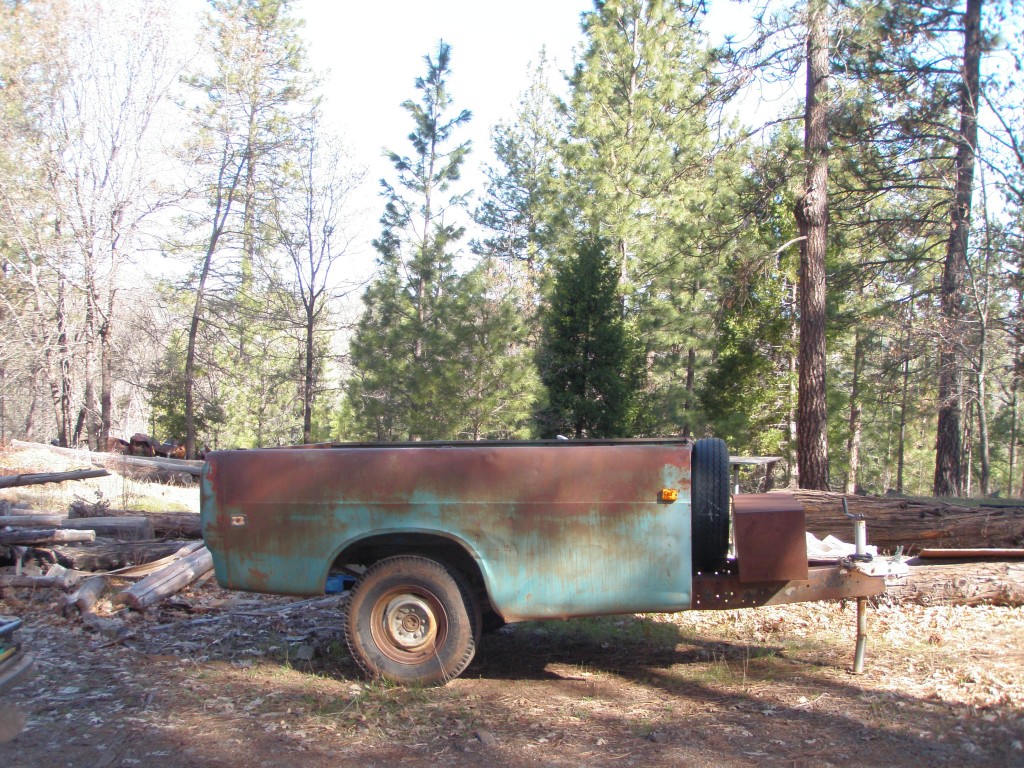 Here’s another remodeled trailer; it started life as a pickup bed. It’s handy for hauling scrap metal to the recycler — you’re certainly not going to ding it up and spoil the paint! Hubby uses it to take the four-wheeler when he goes hunting up in the mountains and we also use it to haul firewood from wherever the tree or branch was felled and cut up. 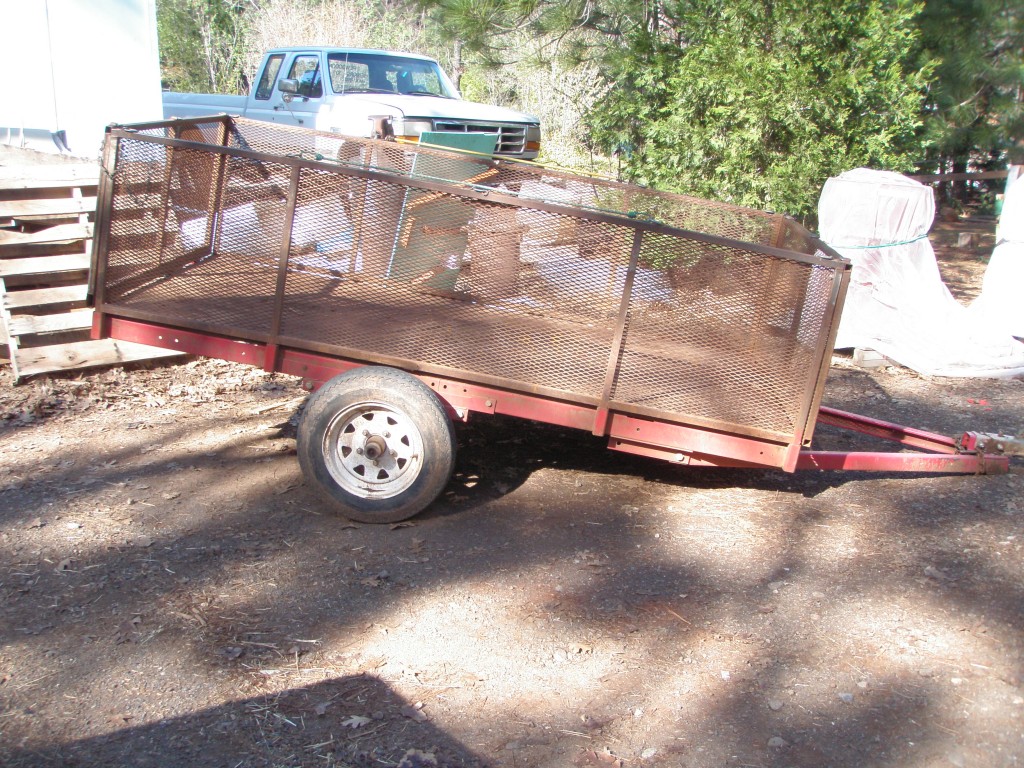 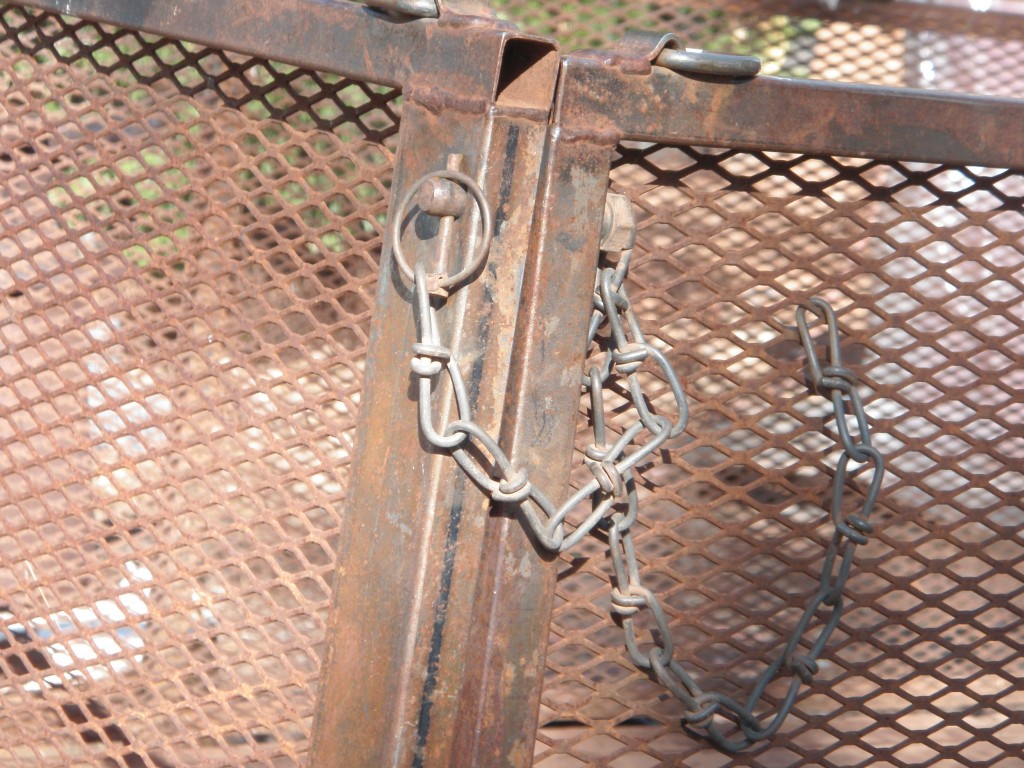 This trailer has removable sides and a removable tailgate. It’s low enough for an animal to get into it relatively easily and very useful for moving the sheep. We’ve also used it a time or two when we needed somewhere to put weaner pigs for a week or so and there were no other pens available. It’s ideal for weaners you want to sell, because they usually go fast and they’re easy to catch in this trailer. When you catch weaner pigs in pig pens, you tend to get muddy and smelly, and Mama often objects to the process. 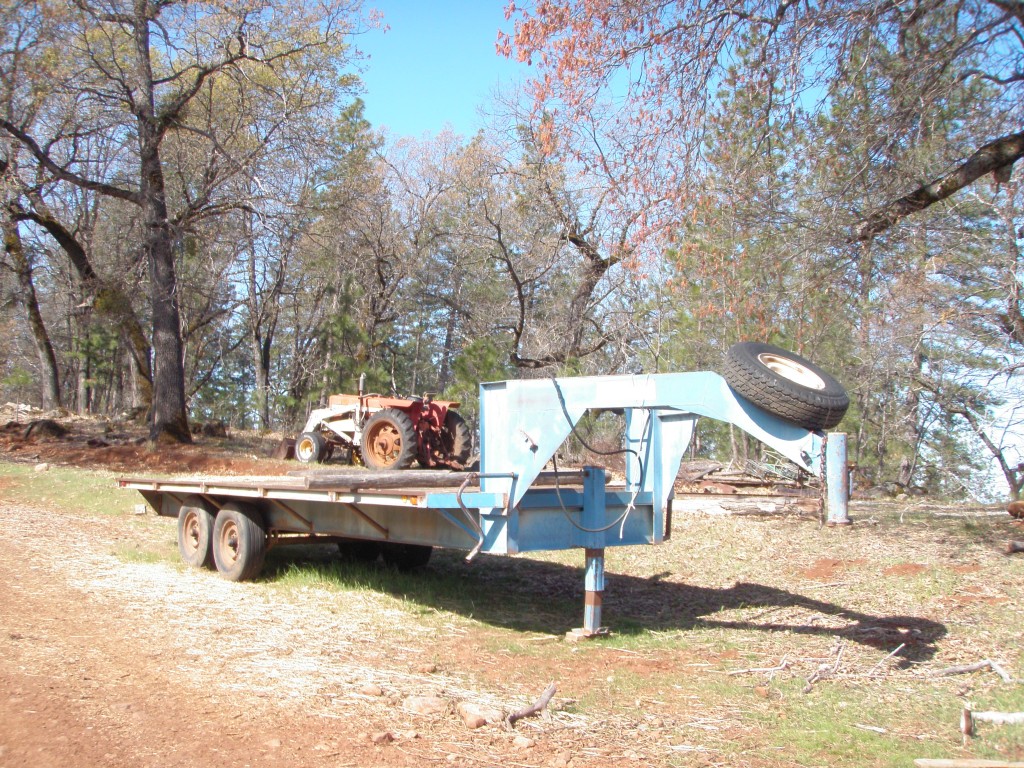 When you need to haul big, heavy stuff, you need a big, heavy trailer. This gooseneck is our winter-hay-hauling, tractor-moving, backhoe-moving trailer. It started life as my dad’s trailer and was used to move his Charolais cattle or take them to shows. It’s at least thirty years old. We’ve put a new bed on it once or twice, but it has all the rest of its original parts.