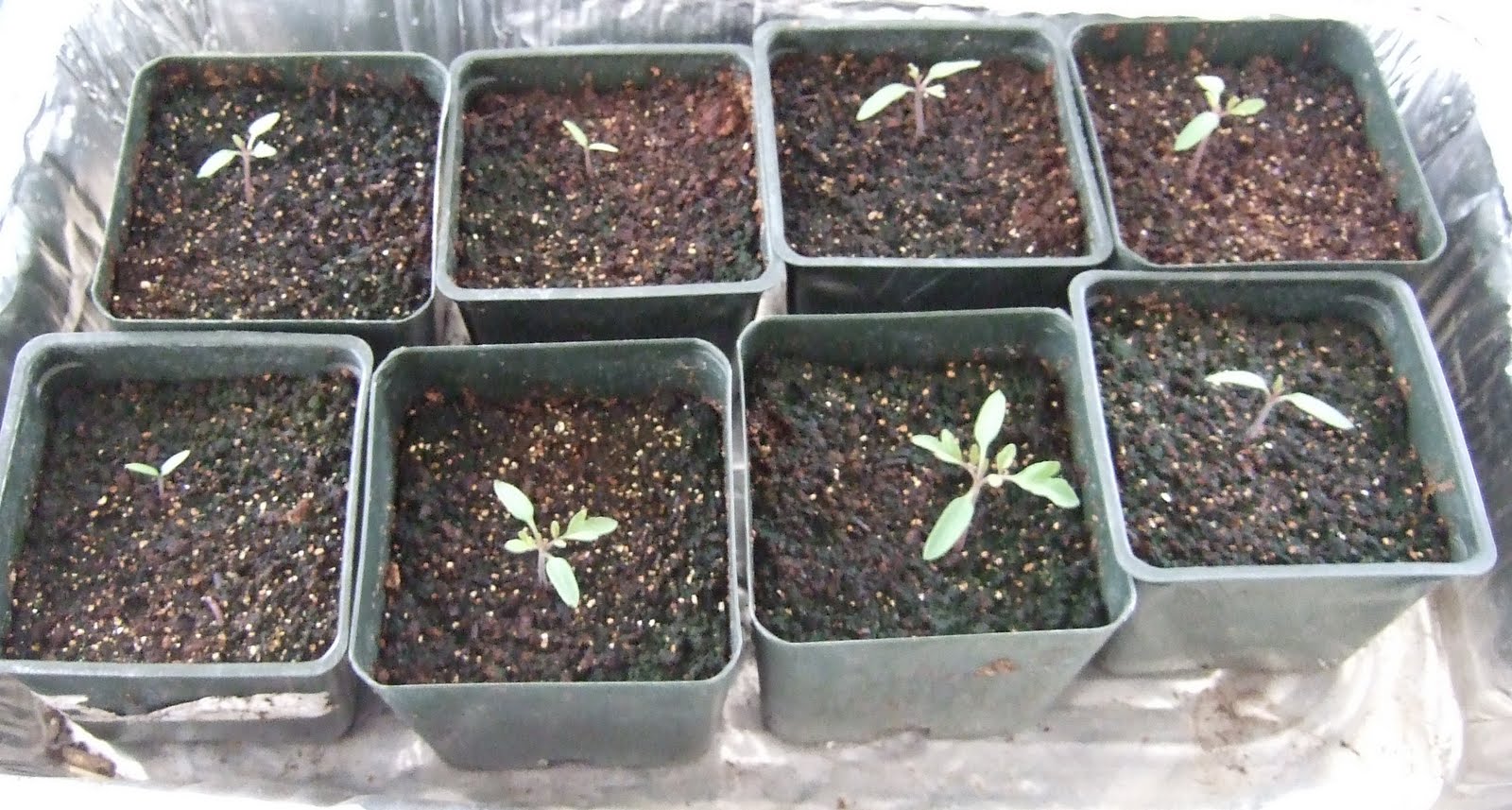 Despite the 30 degree night we had on the 22nd of May, my solanums survived and are doing well. Solanums include tomatoes, peppers, eggplants and potatoes, all heat-loving plants that shrivel up at the first sign of frost unless you protect them. In my current batch of solanums, I have:

I try to grow open-pollinated seeds so I can save my own whenever possible, which generally means the plants are heirlooms. One of the fun things about growing heirlooms is the stories behind them. The Red Savina Habanero Pepper is fairly young, as open pollinated plants go. It was developed in the early 1990s by a gentleman named Frank Garcia. From 1994 until 2006 it held the distinction as the hottest pepper in the world. Fish Peppers have been traced to the black community of Baltimore in the 19th century and were used to make spicy white sauces in fish and shellfish cookery. The leaves are striped green and white and the peppers come in a wide variety of colors on the same plant; very colorful in the garden. Tabasco Peppers – yep, the same ones that go into the famous sauce of the same name — originated from seeds given to Edmund McIlhenny in the later 1860s. The seeds came from Mexico or Central America; McIlhenny sowed them on Avery Island in South Louisiana, created a pepper sauce by fermenting them with salt and white wine vinegar, and the rest is history. The company is still family-owned and -operated. Long Purple eggplant is an Italian heirloom, sweeter and less bitter than the typical globe eggplant you’ll find at the grocery. It’s not as seedy and the skin is more delicate, which makes it hard to ship, but easier to slice and cook.

The St. Pierre tomato is a French heirloom. I haven’t been able to find out much more than that, but it was such a popular tomato that it’s been around since at least 1880. It’s a little more cold-hardy than the average tomato. Roma is the classic paste tomato, and again, the history is minimal, although it is assumed to be an Italian variety. This is the open-pollinated version, not the cardboard hybrid found at the grocery. The Rutgers Tomato was developed by Rutgers University in 1934. According to the press release, it was developed from the Marglobe — another great heirloom — and something called the J.D.T. varieties. Although it’s primarily a canning and juice tomato, it still makes good eating. Perhaps the most colorful of my plants, however, is the Mortgage Lifter tomato. Its inventor, Marshall Cletis Byles, more commonly known as “Radiator Charlie,” owned a radiator and garage shop at the foot of a steep hill, back in the days when automobiles were likely to boil over under a scorching summer sun. Never formally educated, Radiator Charlie was a mechanic, pilot, wrestler and gardener who decided to grown a really good tomato. He cross-pollinated four tomatoes: German Johnson, Beefsteak, an Italian and a French variety. Then he saved the seed and kept selecting for six years until he had what he considered the perfect slicing tomato. Other people liked it so well they paid him a dollar a seedling in the 1940s, which was a considerable sum. He made enough to pay off his mortgage, which was how the tomato earned its name.