In Praise of the Pig 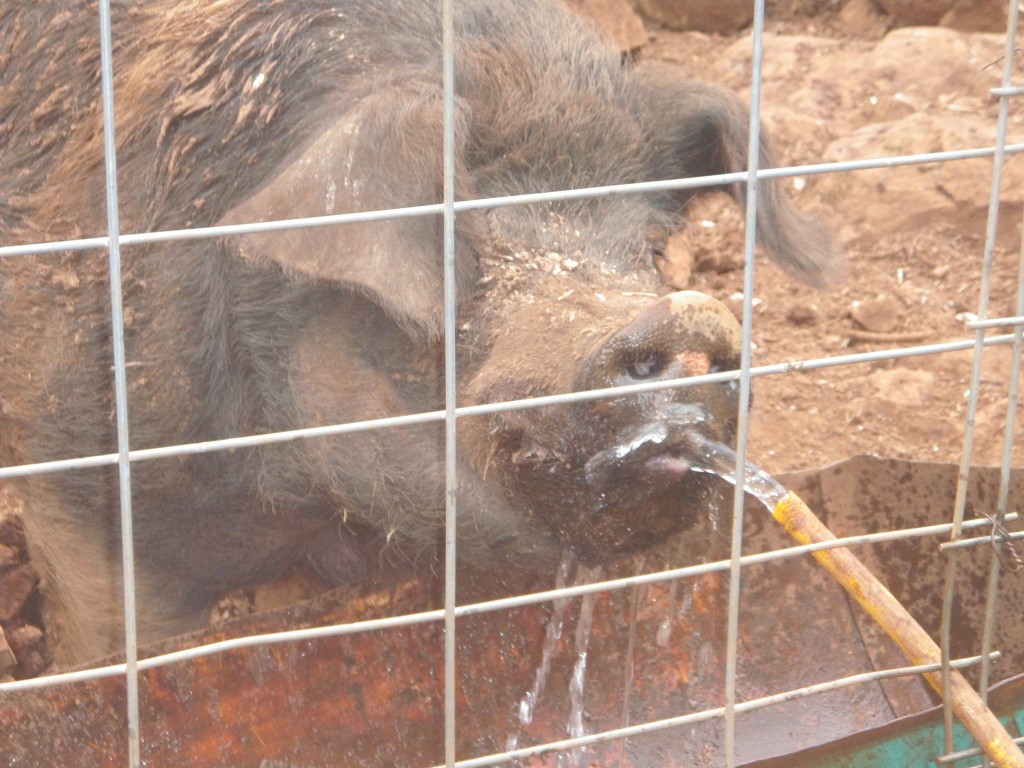 If I were forced to choose one meat animal, it would probably be the pig. Admittedly, there’s nothing like a nice, juicy rib steak, but pigs have multiple benefits for the rancher or small homesteader.

Supper time. The black one walking down Mama’s shoulder is just trying a new approach!

First, pigs will ensure that you have no leftover food. Pigs, being omnivores, will take care of any kitchen leavings, much of the stuff you weed out of the garden, corn stalks, and that thirty-pound zucchini that manages to hide itself among the bush beans. In fact, pigs take care of the problem familiar to all gardeners: what to do with the production of anything more than two zucchini plants. Anyone who lives in the country or even within a few miles of a dedicated gardener learns that zucchini will show up in your car, your mailbox or your church pew if you aren’t vigilant once the season begins. Pigs will also take care of things you don’t consider edible, such as watermelon rinds, cucumber peels and eggshells (although the chickens get most of the eggshells around here, so I don’t need to shell out my hard-earned dollars for oyster shell). Pigs won’t eat citrus peels, but everything else is fair game (including small children and pets, so keep them out of the pen!).

Pigs and mud go together like ham and eggs.

Second, pigs will provide you with fertilizer. If you run them on deep bedding and scatter corn kernels on it occasionally, they will also compost said bedding with their manure, providing you with wonderful amendments to spread on your garden. If you sprinkle the bedding with mineral amendments such as Azomite, it will be very rich and your plants will love it. Some people arrange their pig pens and gardens so that they can run the pigs in the garden each fall. The pigs will clean it up, fertilize it and plow it. All you’ll need to do in the spring is remove the pigs and smooth the soil a bit before you plant. If you have rocky soil, as we do, the pigs will also take care of that problem. A boar can root up and move a rock almost as big as he is. 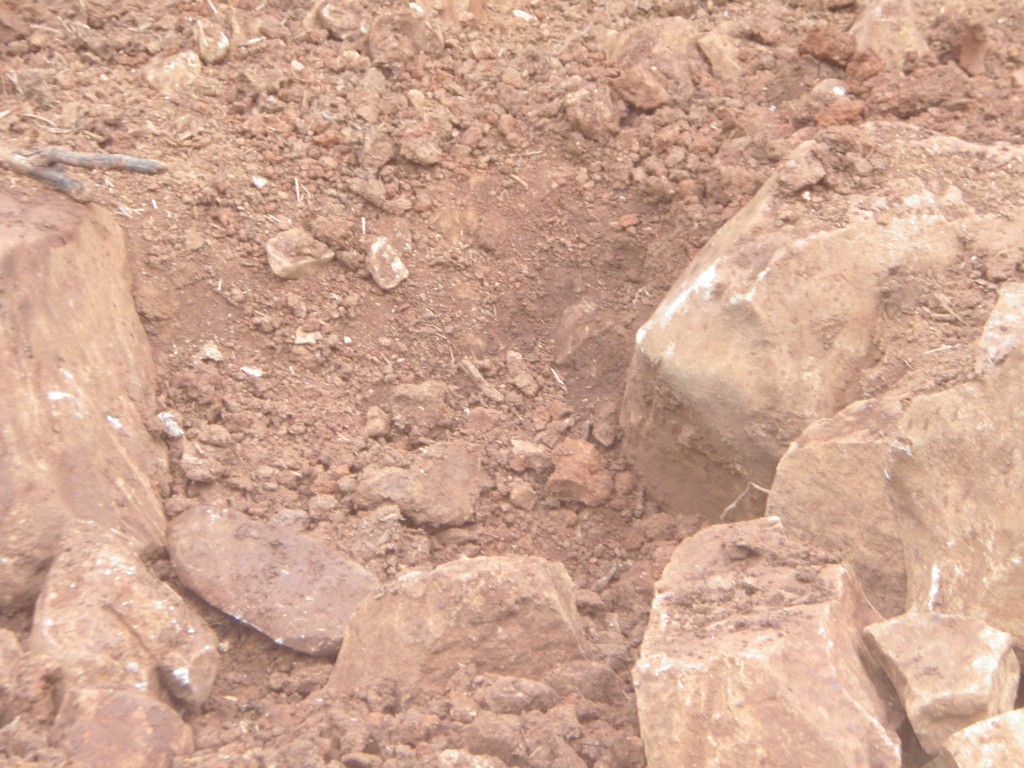 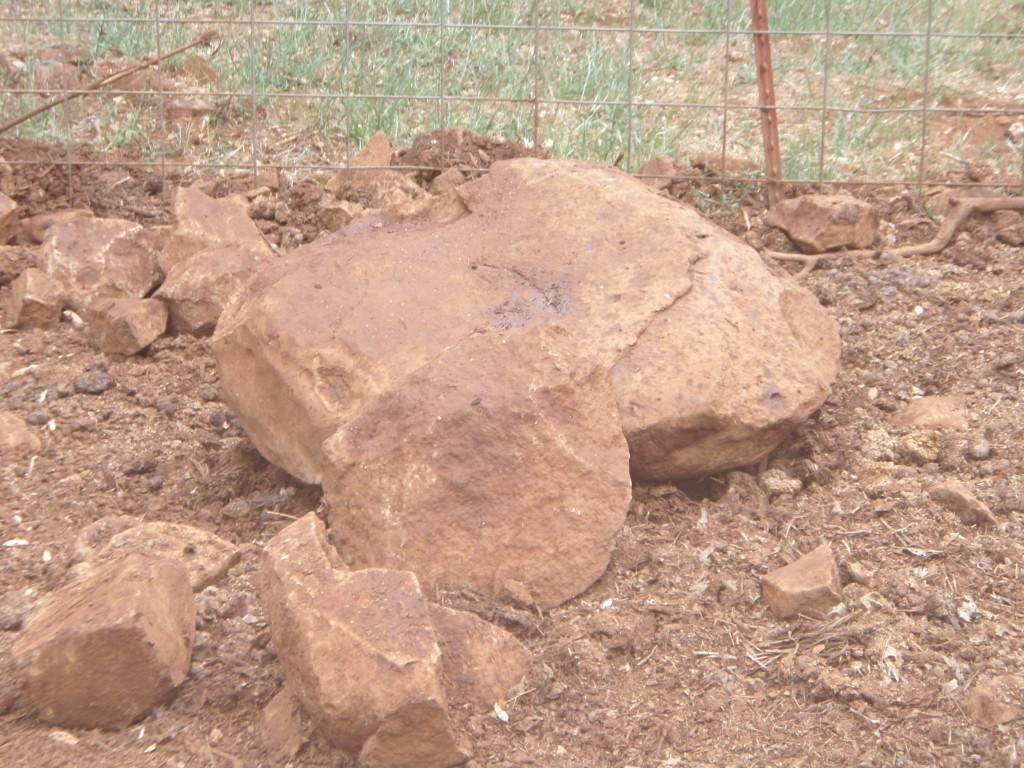 Pig meat tastes great. It’s also extremely versatile. Cure it for bacon and ham, grind it for fresh pork to make meatloaf or sausage, barbeque the ribs. Although my husband considers me a pork heretic, I like fresh side meat (the slab of meat below the ribs that is usually cured and smoked) better than bacon. There’s very little waste in a pig, and even the bones can go to the chickens to be picked clean, which provides them with protein. Lard makes the flakiest pie crust imaginable and doughnuts that are to die for. Although I can’t work up much enthusiasm for them, you can even pickle the feet and tail. Pigs are much easier to butcher than a steer, and you don’t have to pluck them as you do a chicken. We usually skin them. Although we don’t generally make use of it, pig skin makes flexible, durable leather. Priced a good-quality pair of pigskin gloves recently?

Pigs are prolific. Our sow averages 10 live piglets per litter. If we wanted to, we could raise three litters a year, but it means weaning them earlier than we think is good for them so we generally raise one or two.  People buy them as weaners (about eight weeks old) or as adult hogs after we feed them out. And of course we always raise some for ourselves. They are generally healthy, too, if you raise them on pasture or dirt rather than concrete.

All other considerations aside, pigs are fun. They’re smart and have distinct personalities. Watching a baby pig rodeo is more fun than any movie. They’ll converse with you — especially if they think you have food for them — and if it’s feeding time, the pig pens are sheer bedlam. Everybody is talking at the top of their voices; the little pigs are running around, swapping ends and falling down, squealing bloody murder when Mama steps on somebody’s foot in her eagerness to be first at the feed trough. Dump in the food and the noise stops as if chopped off by a knife.

Old-timers used to say you could use everything of the pig but the squeal. I would agree.

1 Response to In Praise of the Pig