These guys won’t be mutton for a long time yet, but they sure are cute! 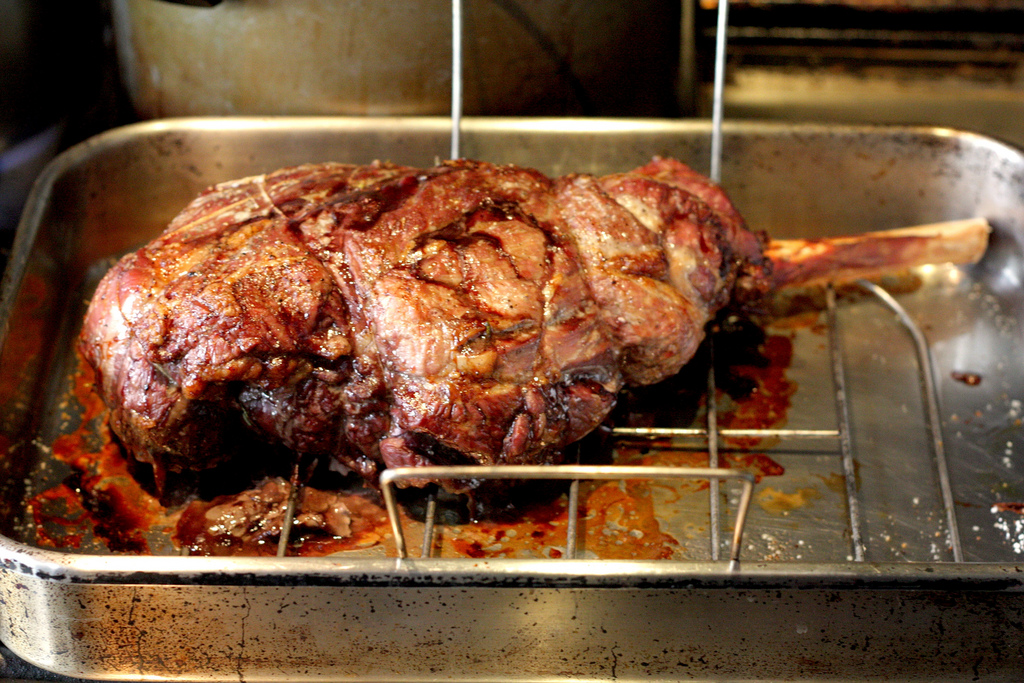 So-o-o, those of you who have been following the blog know we dispatched the ram a while back due to his generally nasty temper and aggressive behavior. With some trepidation, we hung him in a nice tall tree to age (well out of the reach of bears or mountain lions, both of which come wandering in periodically). The trepidation was due to the fact that this was a three-year-old ram, and lamb is generally considered a sheep less than one year old. The people from whom we bought the sheep indicated 18 months was the outside edge for decent meat. My husband, who was the only one of us who had ever eaten mutton, was convinced the meat would be fit only for sausage. After hanging for two weeks, I’m pleased to report that the shoulder roast I cooked the other night was quite tasty. You could tell you were eating sheep, but it was not gamey, tough or strong-tasting, as the mutton hubby remembers from his youth was prone to be. Turns out that Katahdin sheep have been bred to taste quite palatable until they get considerably older than the average sheep, and their hair doesn’t contain lanolin, which causes the “muttony” flavor. It took a little digging to find a recipe for mutton, which is highly unlikely to show up in your local grocery or butcher’s shop. The sauce was a little unusual, too, but my cowboy husband (who believes that beef should be served four or five times a week) pronounced both meat and sauce good and said he liked the meal.

Place the saddle, leg or shoulder on an ounce or two of butter or pork fat in a roasting dish. Rub the joint with some softened butter and with a little garlic, some dried thyme and some highly seasoned flour. Place the mutton in the middle of a preheated oven at 400ºF for 10 minutes. Reduce to 250ºF and cook, covered, for 20-25 minutes/lb., basting three or four times in the process. A little chopped herb and a bit of claret or red wine in the bottom of the pan help the natural juices form a real good basting mix.

After I found the recipe, I discovered a few more tricks to cooking mutton. One is to age it three weeks instead of two (not sure we could have done that as it was getting too warm in the daytime). Another is to cook it low and slow and only cook it to rare. Cook it in a moist environment such as a roasting pan. Some recipes suggest you sear it prior to putting it in the oven so the outside will brown well.

Chop an onion into quarter-inch dice. Sauté in a fat such as coconut oil (I used about 1 Tbs.) over low heat. When the onion is soft, stir in about ½ cup pan drippings from the roast, 1 minced clove of garlic and 2 or 3 Tbs. of honey. Let the sauce reduce slowly by cooking it over medium heat; watch to see it doesn’t scorch. Put some sauce on each slice of mutton.