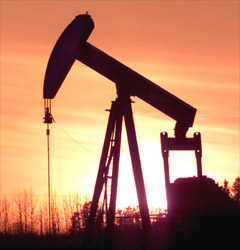 You can argue until the cows come home over the issue of peak oil. I don’t think it matters whether we’ll have less oil because there’s less in the ground, because we can’t get it out of the ground or because it costs so much that we can’t afford to get it out of the ground. The fact of the matter is that there are plenty of indicators out there which are indicating we’re going to have a problem in the not too far distant future. So I’ve started thinking about what I would be willing to give up if I have to start making choices because oil and the various products or services related to it are either too expensive or not available.

Electricity: although hydroelectric is the biggest source of power in my neck of the woods, natural gas and coal-generated steam turbines provide the majority of the power in the U.S., according to the U.S. Energy Information Association. Both of those sources need oil to power delivery trucks and mining equipment, so they could be affected by peak oil issues. Odds are places that produce electricity through hydroelectric or other means (which is only 13 percent of current energy production in the U.S. and I’m willing to bet that figure is inflated) will be forced to share if oil supplies are not available to run heavy equipment. So, let’s talk rationing of electricity.

We use electricity on the ranch for the following purposes:

2.       Electric and electronic devices (such as the computer on which I’m currently typing

5.       Cooking and food preservation (although the stove is propane and we also have a wood stove, we have appliances such as toasters, waffle irons and crockpots) 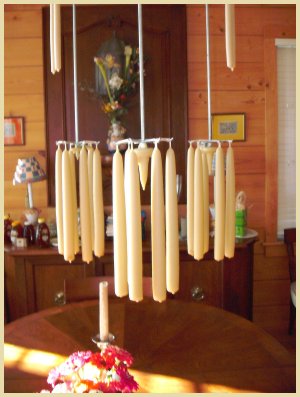 We could manage our lighting needs with candles and lanterns. I can make my own candles from tallow and beeswax if necessary. Kerosene is one of the byproducts of the oil industry and is used for jet aviation fuel. I would cheerfully give up flying to have light.

If I had to make a choice, I could happily give up television, cell phones, radios and the like. We don’t play video games or have fancy hand-held smart phones (and neither do the grandkids, by the way – oldest granddaughter has an older IPod to which she is limited to one hour a day unless she’s listening to music). I would find it much more difficult to give up my computer, as that’s how I make my living. Hubby would fight to keep his television, so that might make for some interesting discussions. Although my main sewing machine is electric, I also have a back-up machine from the 1940s that could easily be converted back to treadle power.

Our well is only about 45 feet deep. We could easily get by with a hand or solar powered pump.

Most power tools come in hand as well as power-operated versions, and we have a fair number of the hand versions, such as the wood plane that belonged to my husband’s father. We don’t use the welder a lot, but it’s one of those when-you-need-it-nothing-else-will-do kind of tools. So I suspect we’d go to hand tools but keep the welder.

The small appliances draw very little power and stovetop substitutes are available; I could get by without them. For that matter, you can make toast over an open fire and cook waffles in a stove iron that way. The tough issue for me would be the big freezers (we have three). I could see us using the freezer to make ice so we could use the refrigerator as an old-fashioned ice box in order to use rationed power to run the freezers. Alternatively, I would be canning and drying a lot more meat, veggies and fruits.

I could live without air conditioning if I had to. As it is, we rarely turn it on unless the weather hits triple digits. We do, however, use the two big box fans quite a bit in the summer, and I would be hard-pressed to give them up.

What about you? What changes could you (or would you) make if electricity were rationed?