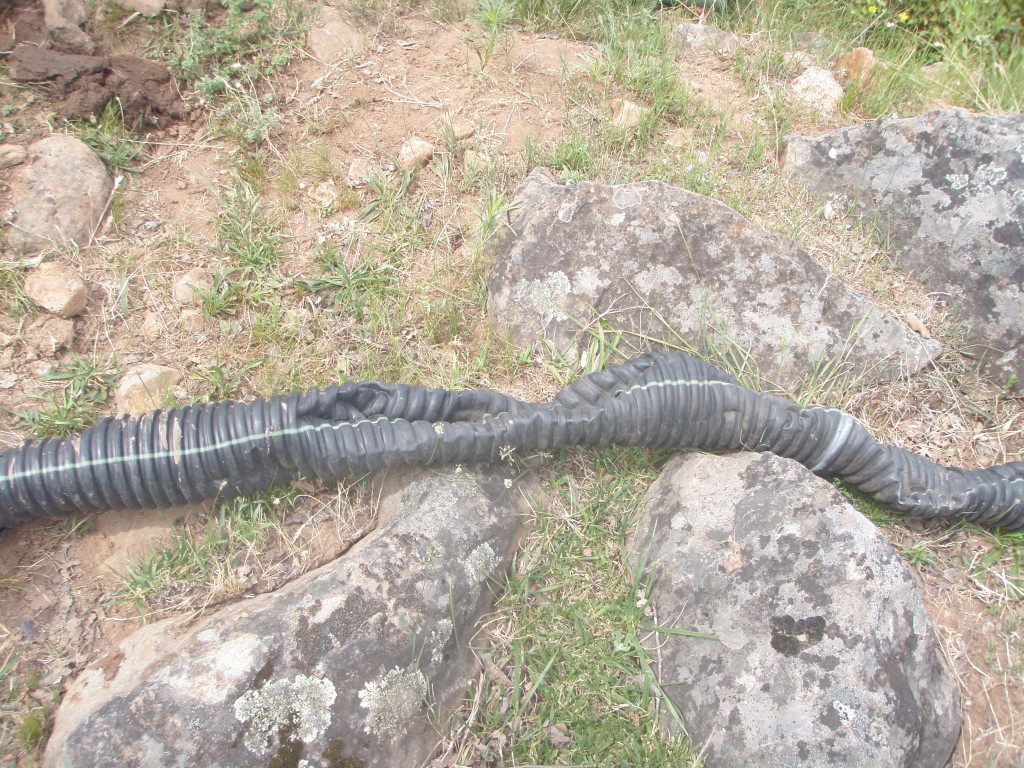 Sometimes they walk on it… 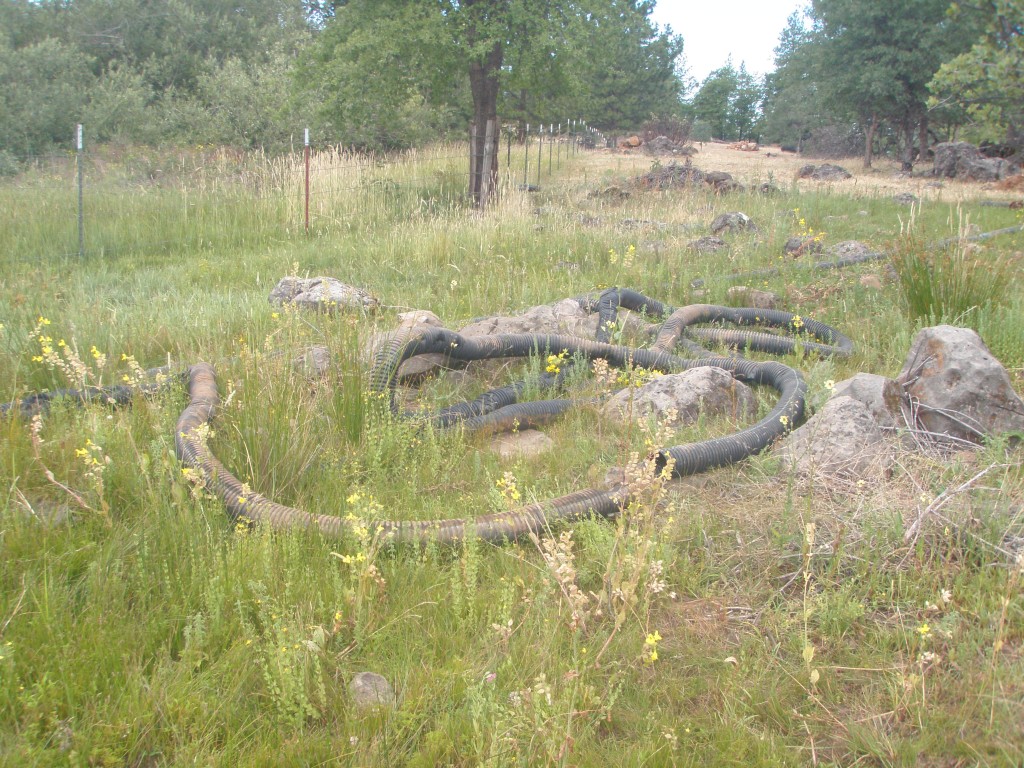 … and sometimes they dance on it!

Our irrigation system is in its third incarnation. The first was an open ditch, the second included wooden flumes and the third is flexible plastic pipe of varying dimensions. The pipe was put in back in the 1990s, and like the rest of the place has had no care. After 20-odd years, it’s getting a little battered. Of course, that’s not helped by big footed horses and cows stomping on it and a bear walking down it periodically and rooting it around, looking for insects. Nor did the trees that fell on it during a big windstorm last winter do it any good. Then there’s the moss that grew into it during the years when no one was irrigating. The last we have finally managed to eradicate, primarily by finding the worst infestations, cleaning out or in some cases just replacing sections of pipe. So today we set out to do some repairs. 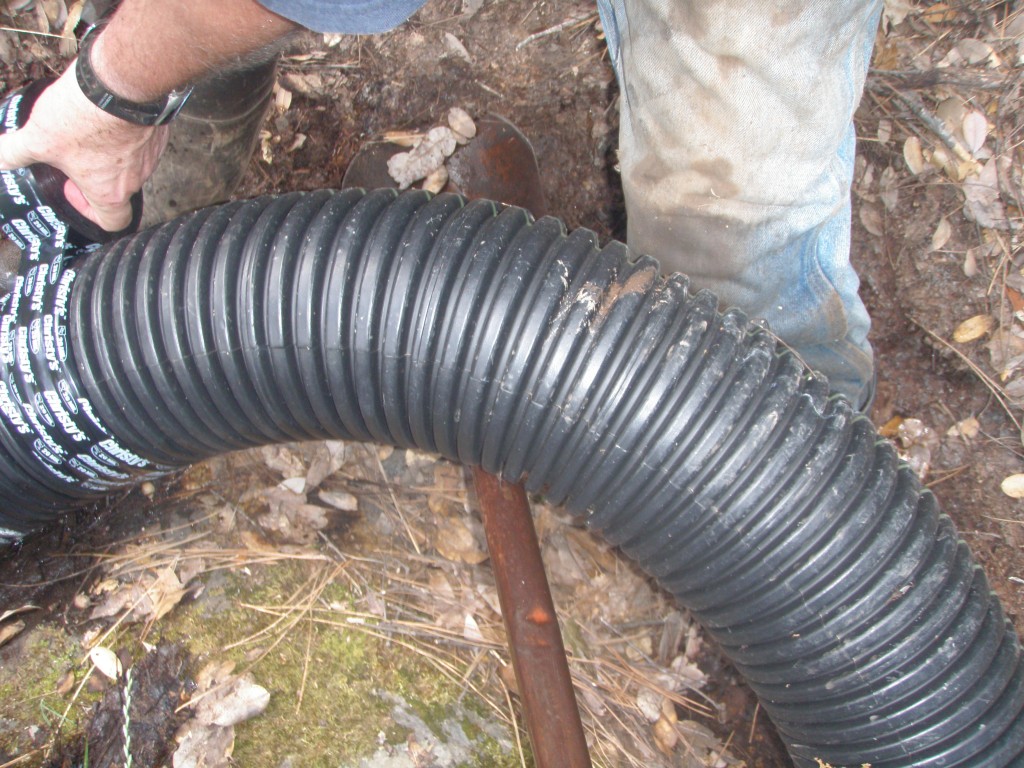 You can’t move the pipe, so you have to tape it in place.

The irrigation pipe runs down the center of the old ditch. It’s thick with grass, branches, rocks, blackberries and poison oak, even after a couple of years of clearing the stuff out. Lots of trip hazards, and since it’s rattlesnake season, you have to keep an eye out for the wigglers, which is not easy since they have such good camouflage. The mosquitoes and flies are sure we came out just to play with them, so I load up on my home-made repellent spray. It works better on the mosquitoes than the flies. 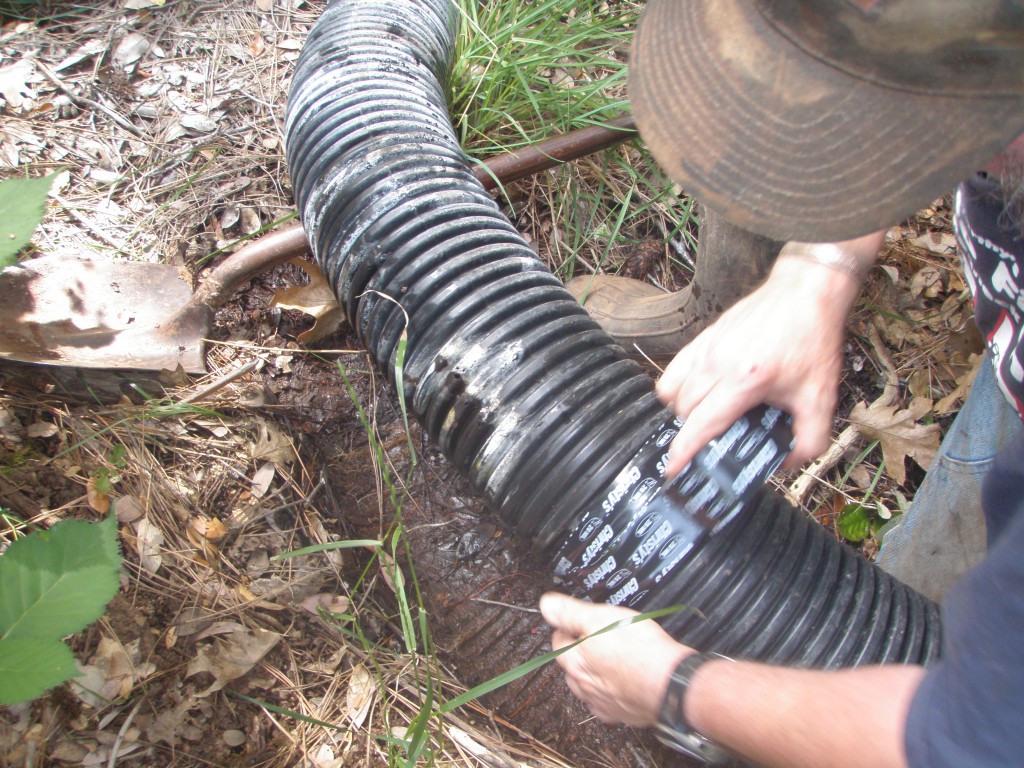 Applying tape. Not as easy as it looks, as the pipe wiggles and the tape is really sticky and takes a strong hand.

We call it wrestling the anaconda, because the pipe is heavy, wiggles and has to be restrained so you can work on it. To patch the holes, you pick up a section of pipe (carefully, because if you get carried away, it will either break or pull you into the ditch). In some places, you can slide a shovel under it and let the sides of the ditch support it while you work on the leaks. Even when the shovel works, you still have to straddle it and clasp it between your knees, like a witch riding a broom or a bull rider doing his eight seconds. You clean off the old tape we use to seal holes and attach sections, wipe the pipe down with a dry rag so the new tape will stick and wrap Christy’s tape tightly around the leak, running the tape from above the hole or crack, over the leak and down a few inches, then come back up the same way for a double-thickness tape patch. 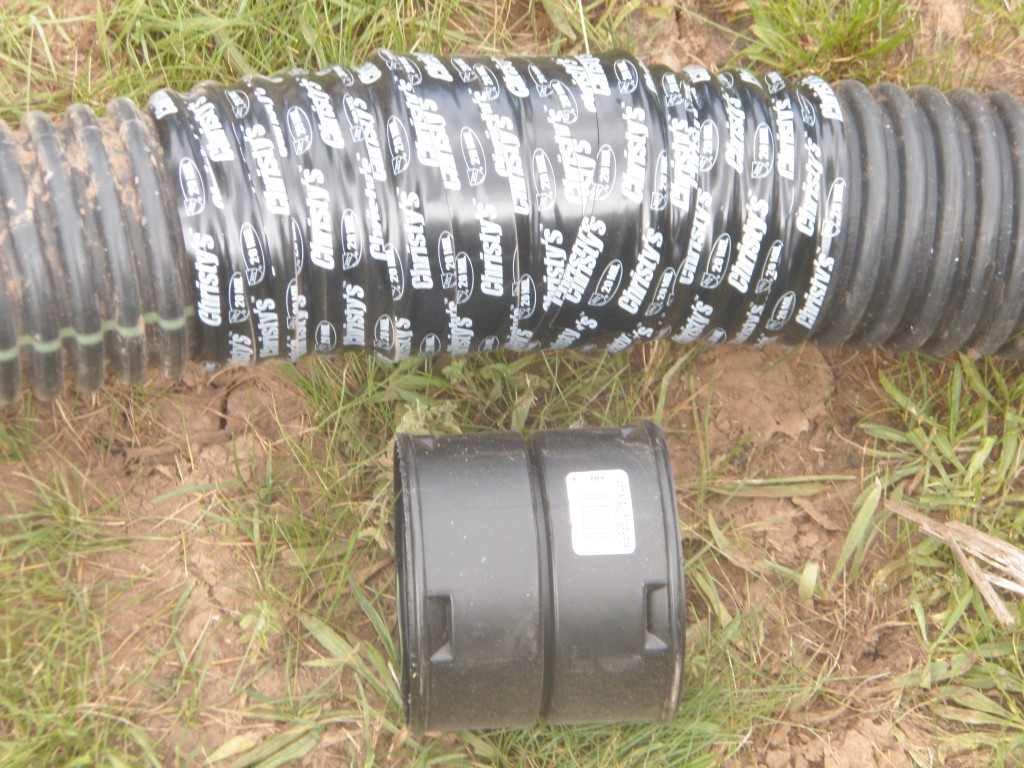 All taped up, with the coupler under the tape.

It’s a tough job, hard on the knees and ankles and really hard on the back, especially for Husband-Who-Had-Three-Back-Surgeries. But we finally got the big snake wrestled into submission for another year, and hopefully it will mean a big improvement in the water flow. Now, I’m going to go take some ibuprofen and load up on Lysine for the poison oak! 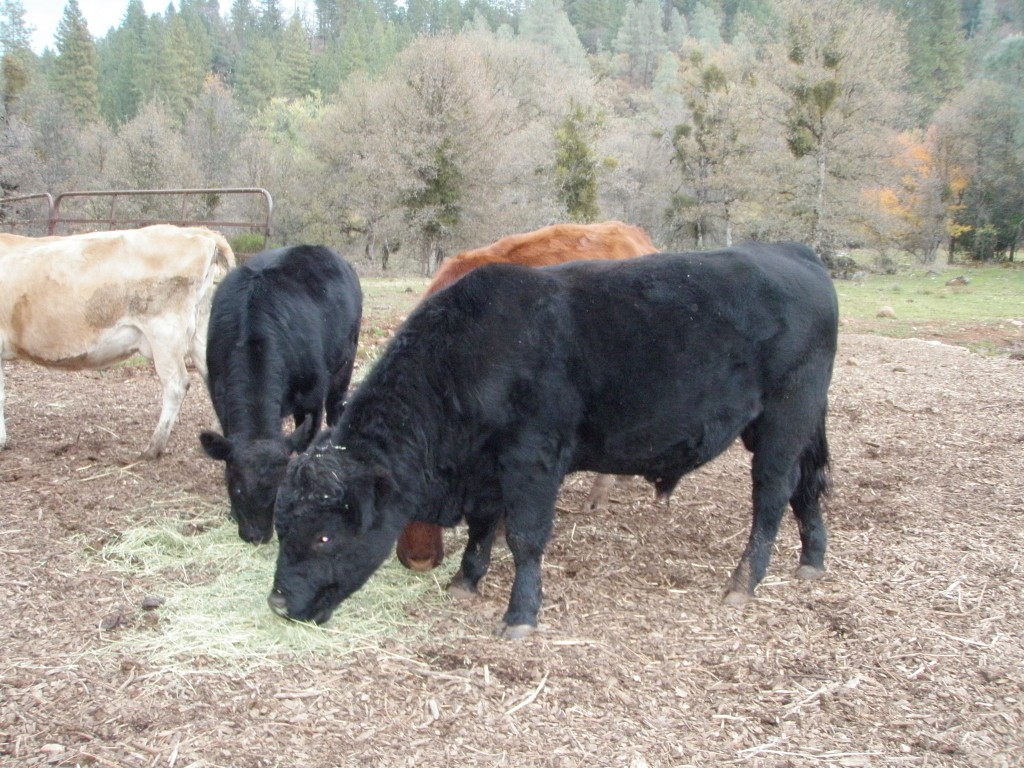 Now, if we can just keep these yahoos off of the exposed parts…

2 Responses to Wrestling the Anaconda