Sometimes it’s fun to take a mundane object and dig a little deeper. In this case, I’m speaking of canning jars. My jars come from multiple sources: yard and garage sales, my mother’s cellar, my son-in-law’s grandmother’s garage and a few bought new. I have some we found during the process of cleaning up the old buildings here on the ranch and some that other people have given me with jellies, jams or pickles. In addition to the jars made specifically for canning, I have old glass jars that probably contained mayonnaise, pickles or any of the other foods once processed in glass jars that are now processed in plastic (which is one of the reasons I can my own — plastic leaches). 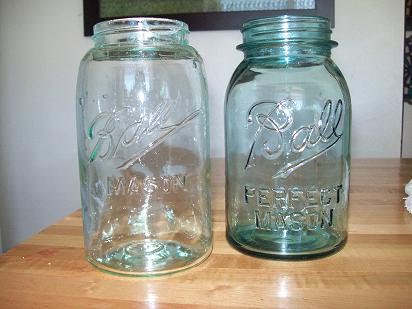 You might not know that we have Napoléon Bonaparte to thank for the canning process. He wanted a better way to store and transport food for his armies, so he (or at least the French military under his regime) sponsored a contest. A gentleman named Nicholas Appert developed canning, which was perfected in 1806. John Mason invented the grooved canning jar lid in 1858, which made the process much easier. In 1882, William Putnam invented the jars with a glass lid and metal bale that held it closed on top of a rubber gasket. Called Lightning Jars because they were easy to get into and reclose, this style was still being used in the 1960s and can sometimes be found in flea markets or garage sales. Alexander Kerr invented the first wide-mouth jar around 1903 and first used the metal lid with permanently attached rubber gasket and a separate screw-on ring.

If you take a close look at a canning jar — even from the same manufacturer — you’ll often see a distinct difference in the thickness of the glass, with older jars being thicker. Some of the older jars are also slightly tinted rather than completely clear. Antique jars were often made of colored glass. The embossed writing and logos also differ according to the age of the jar. If you have a Ball jar with the name in script, and a loop in the final “L” that reverses to make a line under the name, the jar could be over 100 years old, as that logo was used from 1900 to 1910. I have a jar that indicates it was manufactured for the Table Products Inc. Company in Los Angeles. The heavy weight makes me suspect this is an oldie — probably a mayonnaise or pickle jar — and my research indicates it was probably used by the General Foods Company in the 1930s-1940s. 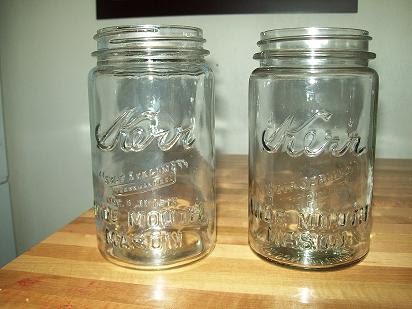 Just think of all the hands these jars have gone through and the families they kept fed. A little bit of history on your pantry shelf.

2 Responses to What’s in a Jar?