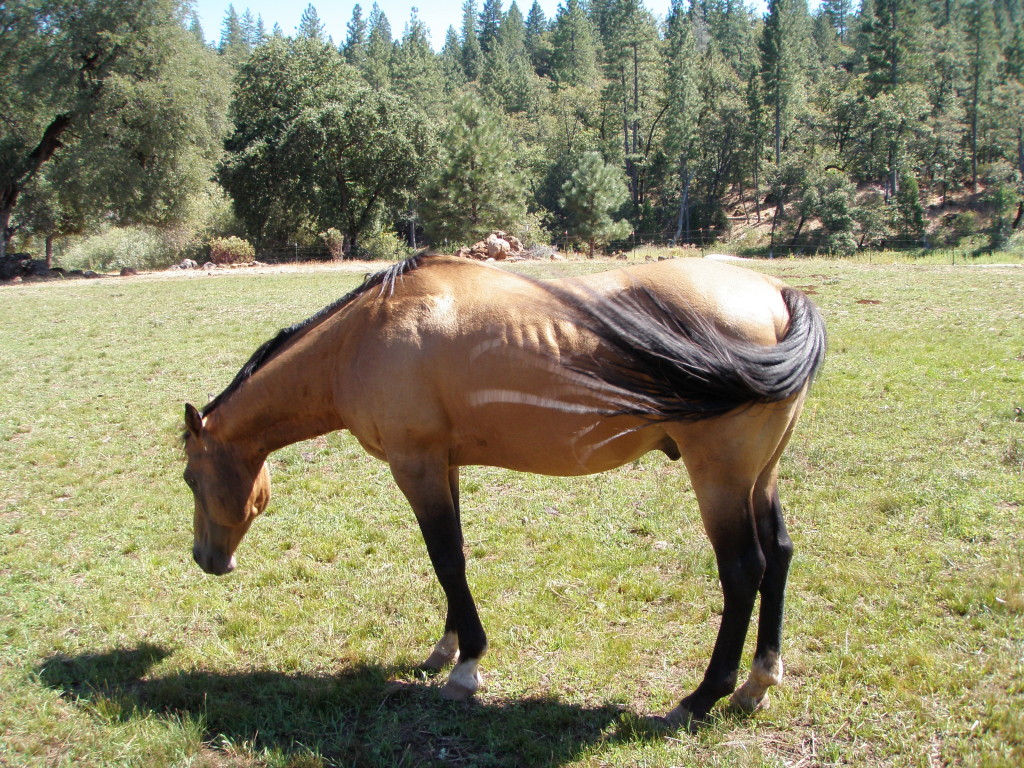 When we went out to put new bedding in the sheep pen yesterday, the stud horse ambled over in his usual amiable fashion. His plan, of course, was to entice his small minions into scratching his ears. The plan, however, was foiled by the fact that he’d apparently been a little bit too nosy. At some point in the previous evening, he’d irritated a skunk.

A horse leads with his nose, which is why they are so often bitten in the face by rattlesnakes. In this case, he must have nosed Pepe Le Pew, who promptly emptied his anal glands. Not to put to fine a point on it, the stallion reeked. I’m a little surprised that at his age — almost 28 — he doesn’t have sense enough to avoid a skunk. The sulfurous odor is so rank you can smell it a quarter-mile away. Skunk spray is a volatile mixture of alcohol and sulfur. Sprayed in the eyes, it burns, and the sprayee will cough and even vomit. Sox was past that point by this morning, although his eyes still looked a little watery.

Had he been a dog, I would have mixed up some deodorizer, but he’s just too big. And it’s not as though he’ll be sleeping in the living room. But it did occur to me that many people might not know there is a better remedy than the old standby almost everyone reaches for — tomato juice. Acids such as tomato and vinegar can help neutralize the sulfur, but your animal will still basically be skunk-scented, with an overlay of tomato juice. The following recipe is more effective (although you’d have to at least quadruple the ingredients for a horse). Be sure to use this mixture immediately after it is created, as it is unstable.

Sox, however, will just have to air out.