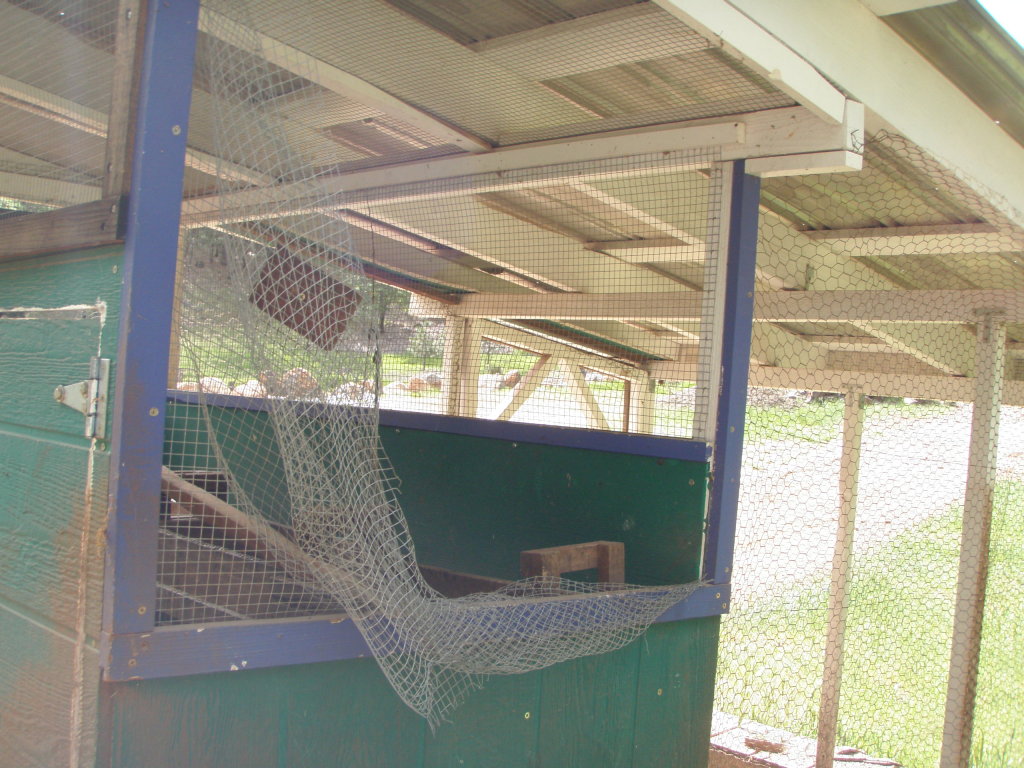 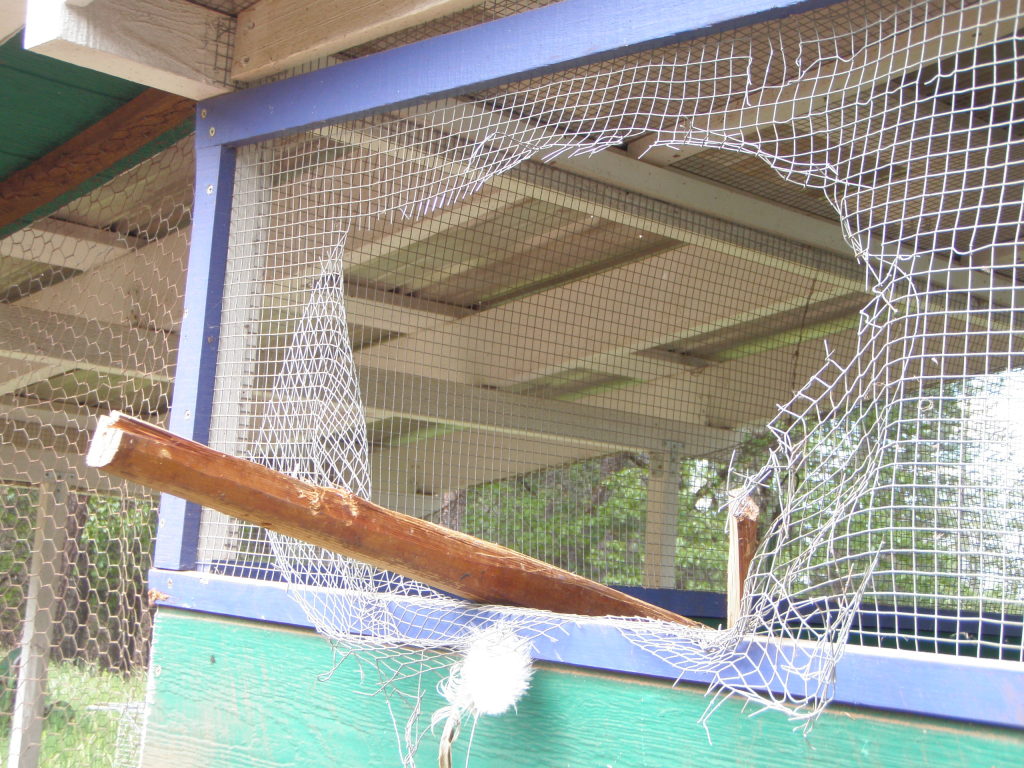 … and out the other.

Obviously, the bears are out of hibernation and hungry. This bad boy (or girl, let’s be politically correct here) has pretty well thrashed the chicken tractor. While it’s repairable, it won’t be a one day project. The remaining hens (the rooster and four Barred Rock hens are currently residing in the bear’s tummy) will need to be moved into the big pen with the other flock. I’d been thinking about new chicken pens, but this has certainly added impetus to my plans. 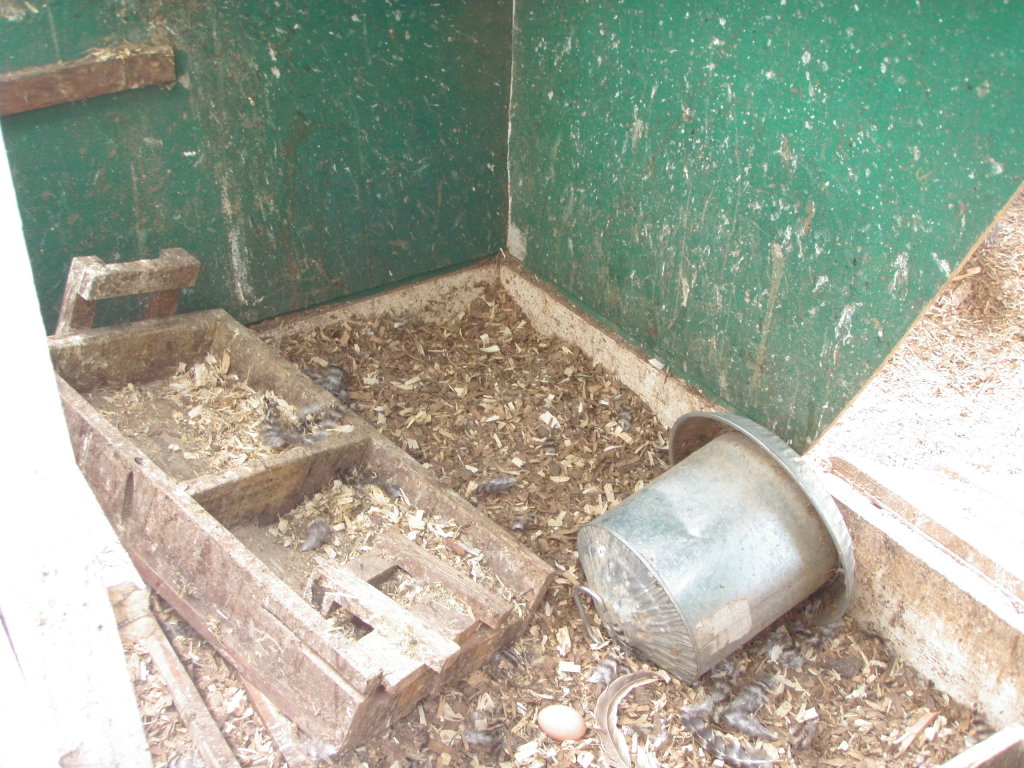 You can’t live in the foothills and expect to remain immune from predators. Most are smallish, like the opossum I herded out of the chicken pen the other night. It wasn’t much of a threat to the chickens, but it would certainly scarf any eggs it found. Opossums will also kill young chicks, but this one was mostly interested in the leftover chicken food. We shut our hens up at night, so the typical night-time predators — skunks, raccoons, foxes and coyotes — can’t make off with them. We do the same with the sheep, which would otherwise turn into coyote and mountain lion snacks. Although I may let the chickens out for an hour or so just before bedtime, we don’t free-range our chickens because of the local hawks and eagles. Red-tailed hawks have been our biggest aerial problem. 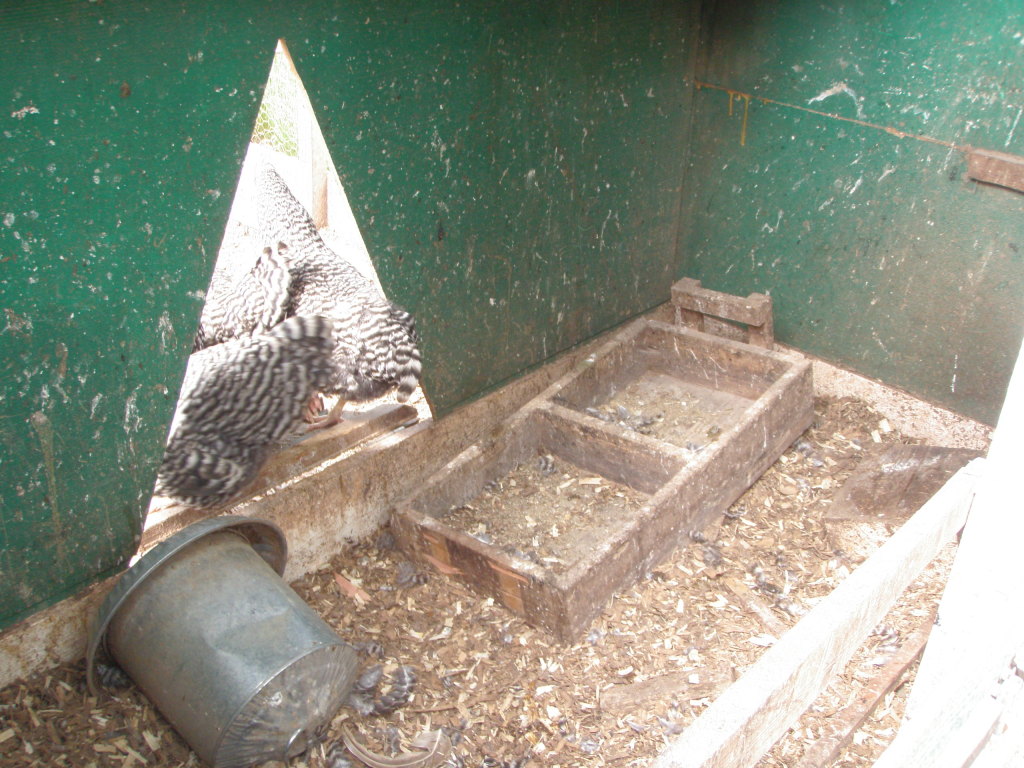 Killed four hens and a rooster.

Even the big animals aren’t completely safe. A lion can easily kill and pack off a newborn calf, as one did to Maybelle’s calf last year. A lion also attacked our mare Dixie when she was a not quite a year old; luckily she was still running with her mother, who drove off the lion at the expense of a few scratches. The filly was cut up from being chased into the fence, but the damages were minor. 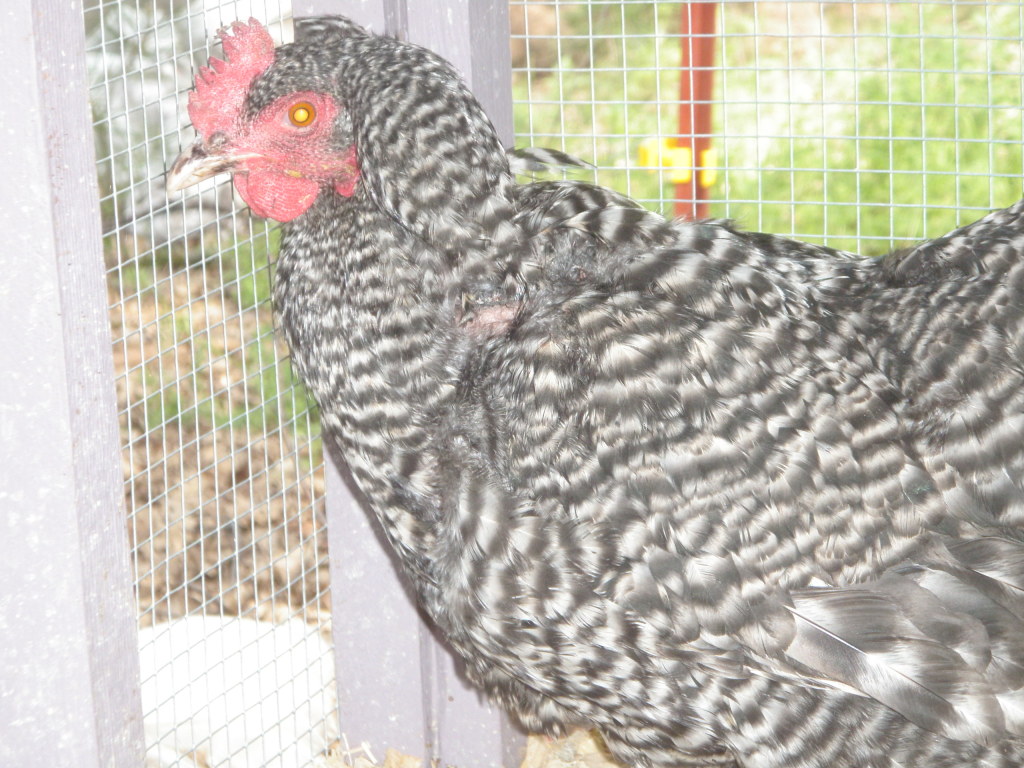 This one lived, but she’s missing a palm-sized piece of skin on her neck.

The predators are just doing their thing — it’s our job to keep the animals are safe as we can. Twice daily visits as well as other work in the pastures keeps the level of human smell high. Hubby also pees in various spots (too awkward for me) for the same reason. However, many wild animals become habituated to human smell. We’ve had bears, foxes and coyotes come right into the yard and our neighbors have had trouble with lions attacking their dogs in the yard at night. We keep the housecats inside at night to protect them from coyotes. The sound of the four-wheeler usually sends them running, though, as they associate four-wheelers with hunters. Shutting your animals in a secure pen at night is probably the best insurance, as that’s when most predator attacks happen. Obviously, however, we’re going to have to rethink the chicken tractor… 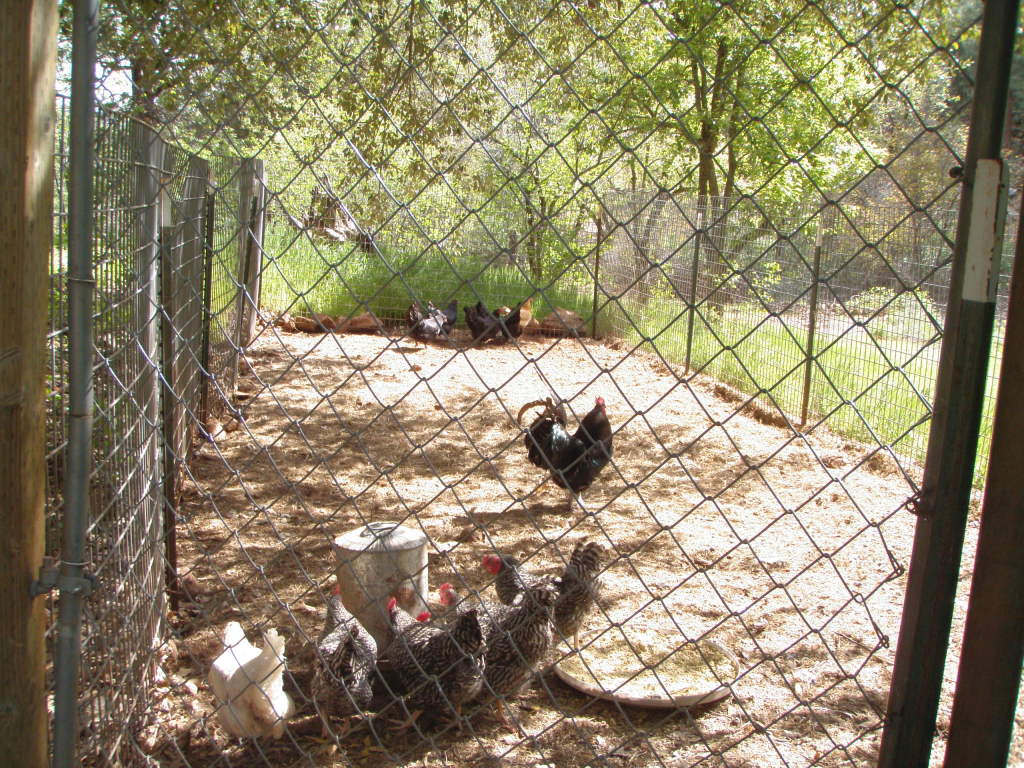 Just like a schoolyard – one clique at one end and another clique at the other end.