First, you pick the berries…

OK, let’s start with a warning and a disclaimer: herbal medicines are not something you just jump into without educating yourself. There are plenty of herbals that have side effects, just like conventional medicines. There are some herbal preparations that can kill you quite quickly – aconite springs to mind. The other issue is knowing what you’re treating; as a registered nurse I’m a pretty fair diagnostician after forty-plus years in the business. If you want to get into herbals, find some good books or online sources and spend some time with them. If you can find a knowledgeable practicing herbalist who will teach you the basics, even better. With that said, I do use herbs in a number of ways. 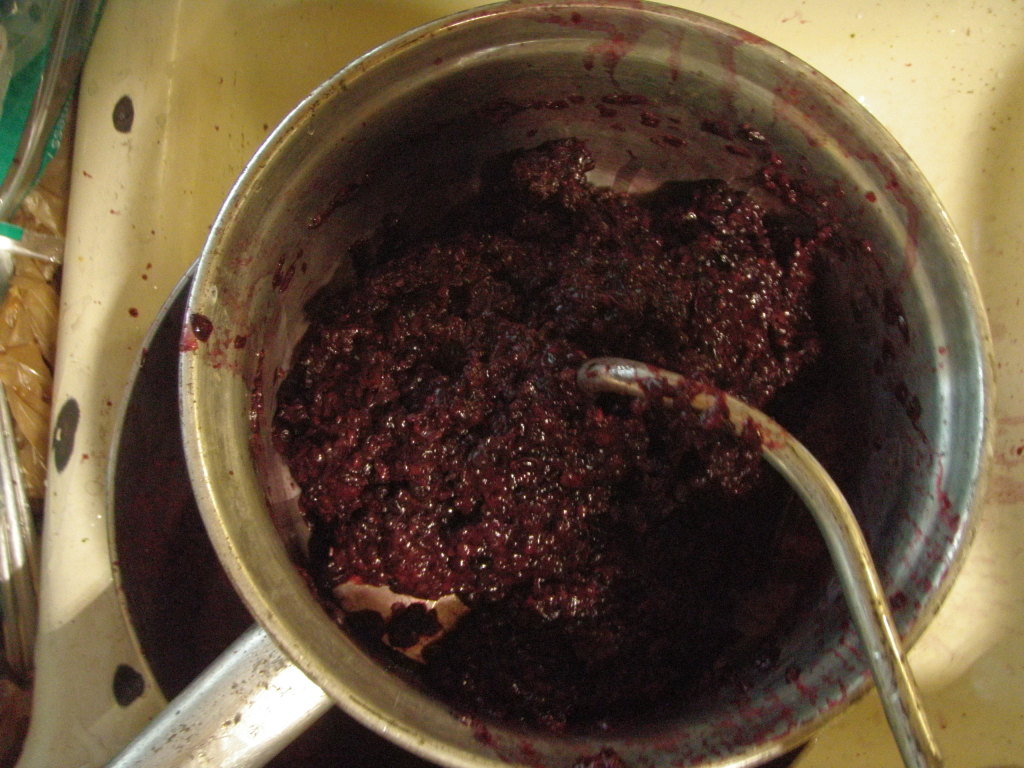 This is the time of the year to start thinking about flu season. I don’t say that to encourage flu shots, but to encourage immune-boosting elderberry or blackberry syrups. Both are traditional winter remedies to help prevent flu and colds and to help you get over the viruses more quickly. Commercial elderberry syrups are available, but I like to make my own. I haven’t run across a commercial version of the blackberry syrup. Luckily both grow on the ranch, although I have a LOT more blackberries than elderberries.

Elderberry has been more thoroughly studied, but both show antiviral effects. Elderberry has been shown to be effective against some strains of the flu, while blackberries were effective against herpes virus, which causes cold sores. Elder flower and elderberries may also reduce the swelling in mucous membranes and have anti-inflammatory effects. You want Sambucus nigra, or black elderberry; don’t use dwarf elder, which can be toxic. If you aren’t sure what you’ve got, find an expert to help you. Blackberries are pretty easy to identify. 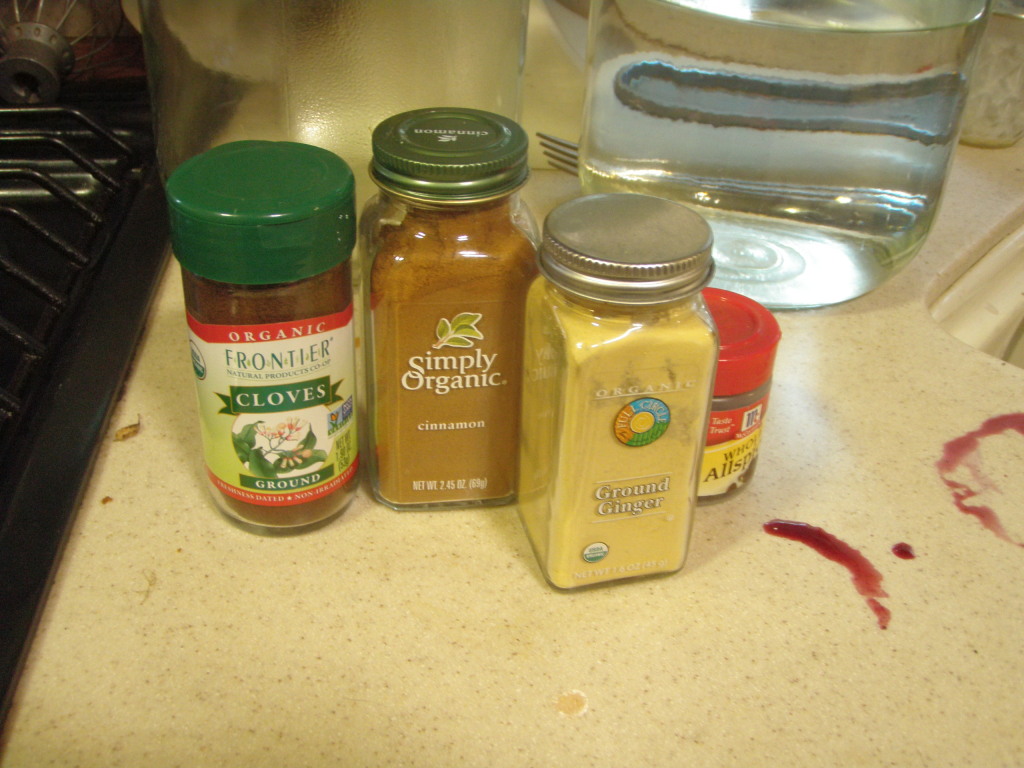 As for the other ingredients, ginger helps sore throats. Cinnamon is anti-inflammatory and can combat bacteria and fungi. Cloves are another anti-inflammatory. Honey helps suppress coughs and has antibacterial properties. Traditional recipes vary, but most include fruit, honey, spices, water and sometimes alcohol or vinegar. The alcohol and vinegar are used primarily as preservatives and aren’t really necessary. Exact quantities are not as important as the overall proportions. If you have an extra cup of berries, toss ‘em in. 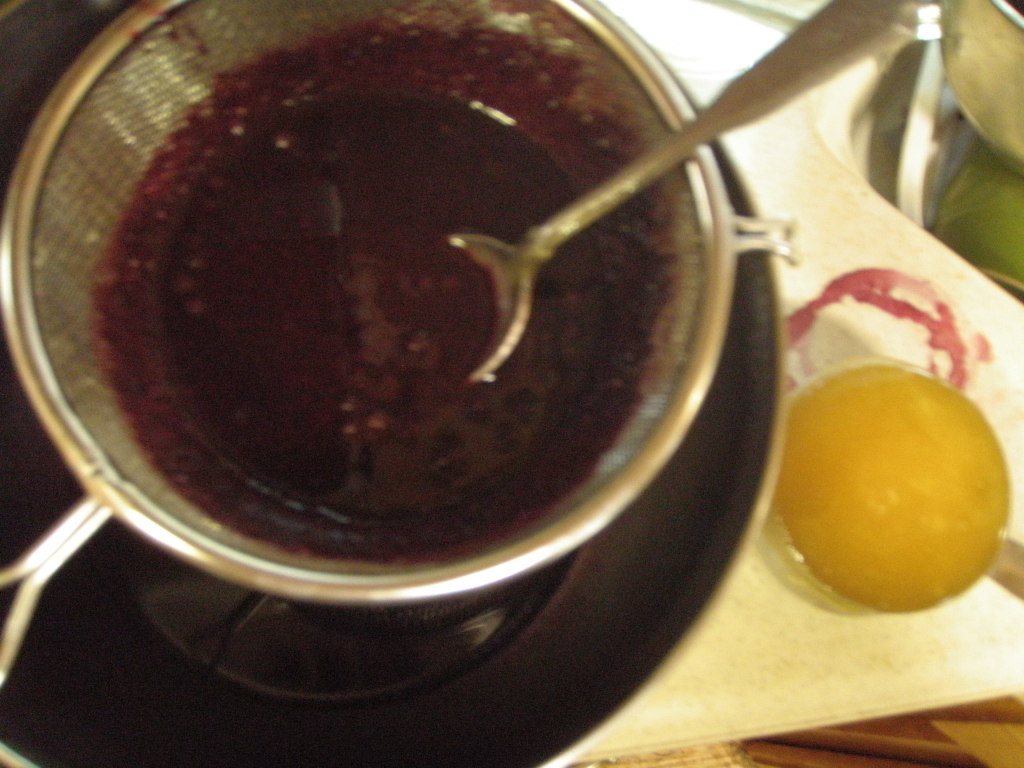 Straining the syrup; honey on the side. 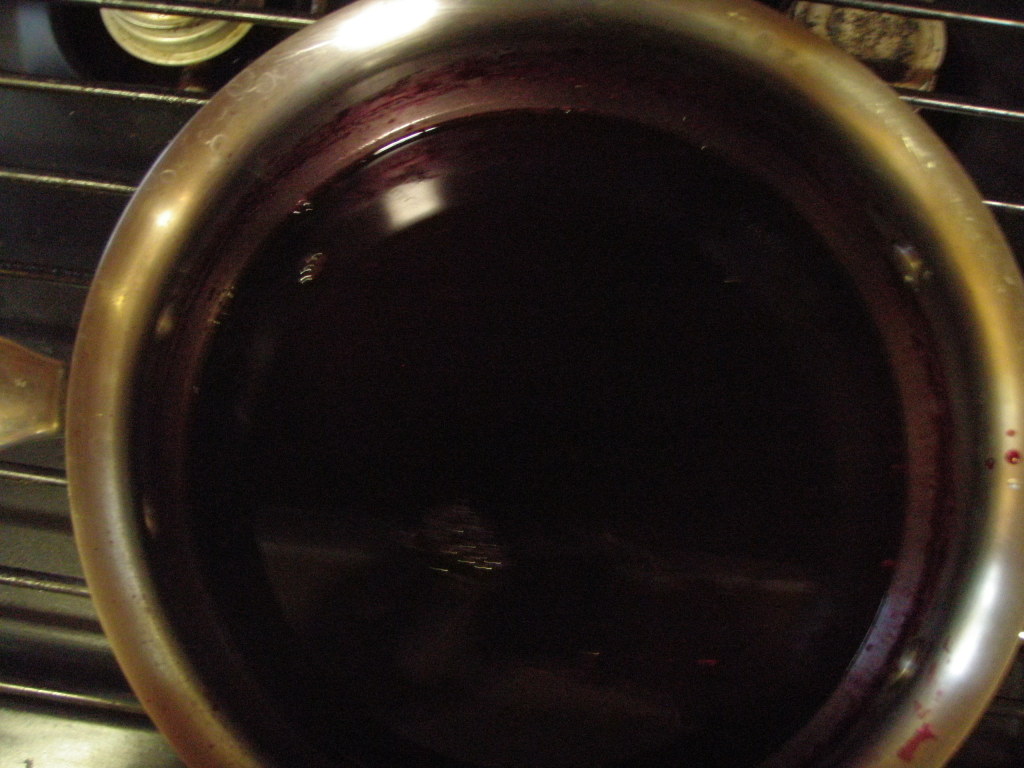 Syrup that has been boiled down, pulped and strained.

You won’t need as many elderberries as you will blackberries, but you’ll use proportionally more water to extract the good stuff from the elderberries. The usual dose as an immune booster is ½ to 1 tsp for kids (smaller dose for smaller kids). For adults, it’s ½ to 1 Tbs. Some sources say you shouldn’t take immune boosters every day. I’ve seen recommendations to take these syrups five days a week and then stop for the weekend, or to take it for two weeks and stop for a week. I’m of the opinion that you should use it as a preventative for situations where you know ahead of time you’re going to be exposed to flu bugs. For example, start the kids on it a week before school and keep them on for a couple of weeks. By then they should have adjusted to all the new bugs in the school environment. If you know you’re going to be flying somewhere, follow the same instructions — planes are notorious for harboring respiratory bugs. If you actually come down with something, take the daily dose two or three times a day until the symptoms are resolved. 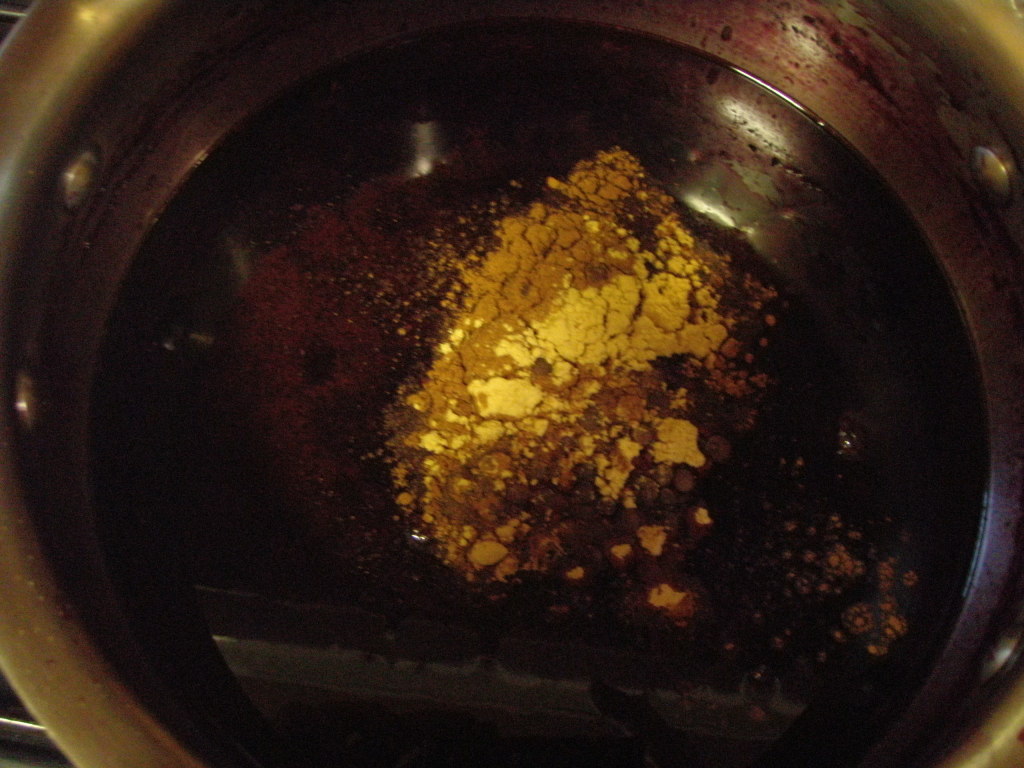 Stir in the spices and simmer a bit more.

Wash elderberries and remove any debris such as leaves. Bring all ingredients except honey to a boil; cover and let simmer for about 45 minutes to an hour. The liquid should reduce by about half. Remove from heat, strain into a glass bowl and let the liquid cool to lukewarm. Add honey, stir well and pour into glass bottles or jars. Store in the fridge.

Blackberry Syrup
8 quarts blackberries (this makes a lot of syrup, so adjust quantities downward as desired
2 quarts water
1 Tbs each whole allspice and whole cloves
1 stick cinnamon
Honey (the original recipe called for 4 quarts of sugar, but sugar adds nothing to this remedy and also depresses the infection-fighting T-cells in your immune system – seems counterproductive in an immune-boosting recipe)

Pick over and wash berries. Put berries and water in a big saucepan; bring to boil. Simmer until the fruit is very soft, about one hour. Strain into a glass or stainless steel bowl, then put the pulp through a food mill. Discard pulp and seeds. Return juice to saucepan, add spices and simmer another 20 minutes. Strain out spices, let cool to lukewarm and stir in honey until dissolved. If you make the full recipe, it will take about one quart of honey. If desired, you can add one pint vodka, whiskey or brandy per quart of syrup. Screw lids tight and keep in a cool dark place. 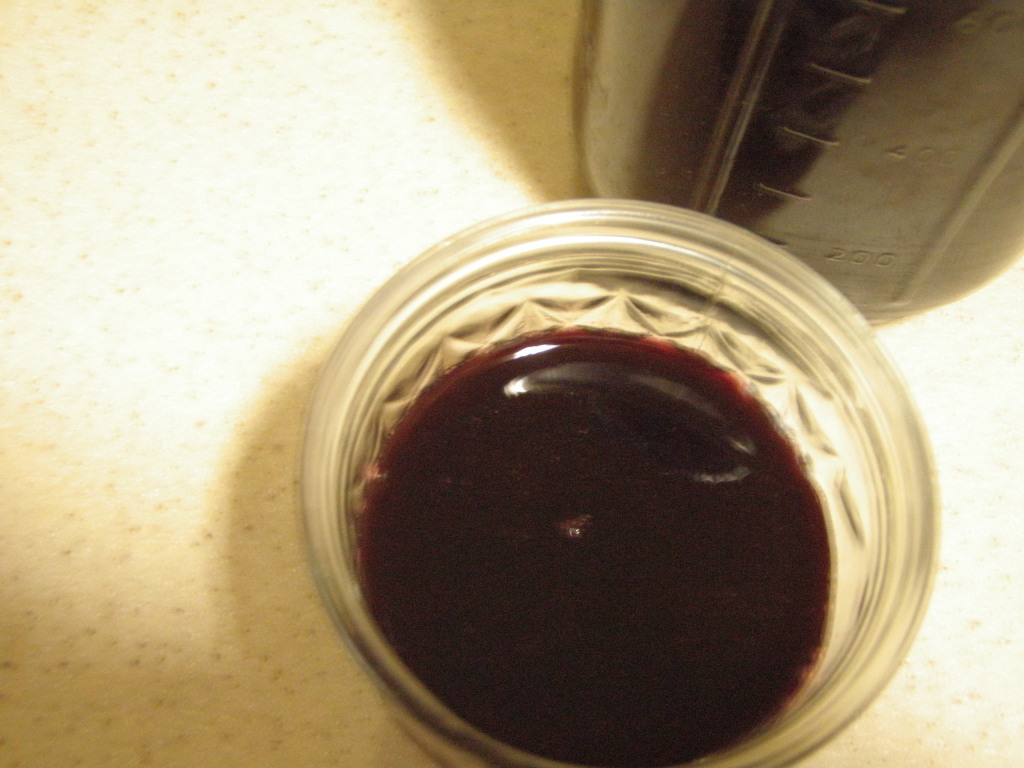 Not only is it pretty, it smells and tastes wonderful.