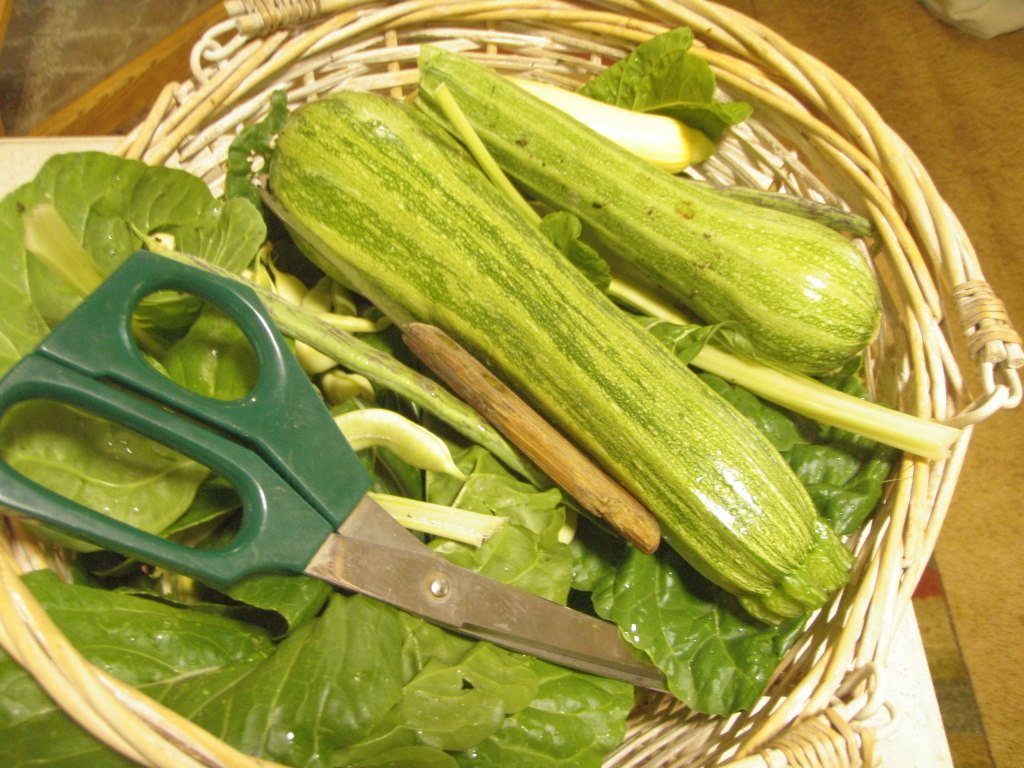 A five-minute picking round first thing in the morning.

I recently ran across an article on Paul and Elizabeth Kaiser, who have an eight-acre farm outside of Sebastopol, California. The Kaisers are proponents of a farming method that uses no tillage. They also maintain hedgerows around their gardens to provide homes for beneficial insects. When they harvest, they leave the roots of their crops in the ground, pile compost onto the area they have just harvested, and replant, usually with transplants. The system uses less water than conventional farming, the soil is in great condition, and they can get five to seven crops a year from the three acres they farm. All of this sounded great, and it is — I don’t mean to sound like a negative Nellie.
But they have to haul in about two-thirds of their compost.
When I read that, I started to wonder about sustainability. Now, the Kaisers live in a community where a lot of people use materials that make compost, and in fact, they truck in tons of the stuff from the local landfill. OK, also good, as landfills full of compostable materials are wasting a lot of stuff that could potentially grow food. And most conventional farmers aren’t going to use that compostable material. I think part of what bothers me about this system is that it’s heavily dependent on trucks and heavy equipment that use fossil fuels to chop, turn and deliver the fuel for the Kaisers’ admittedly excellent gardens.
The other thing is that the Kaisers are using so much compost because they’re trying to grow so many crops in one year to make more money from less land. I always get nervous when the primary purpose of doing something in the farming arena is to make more money. 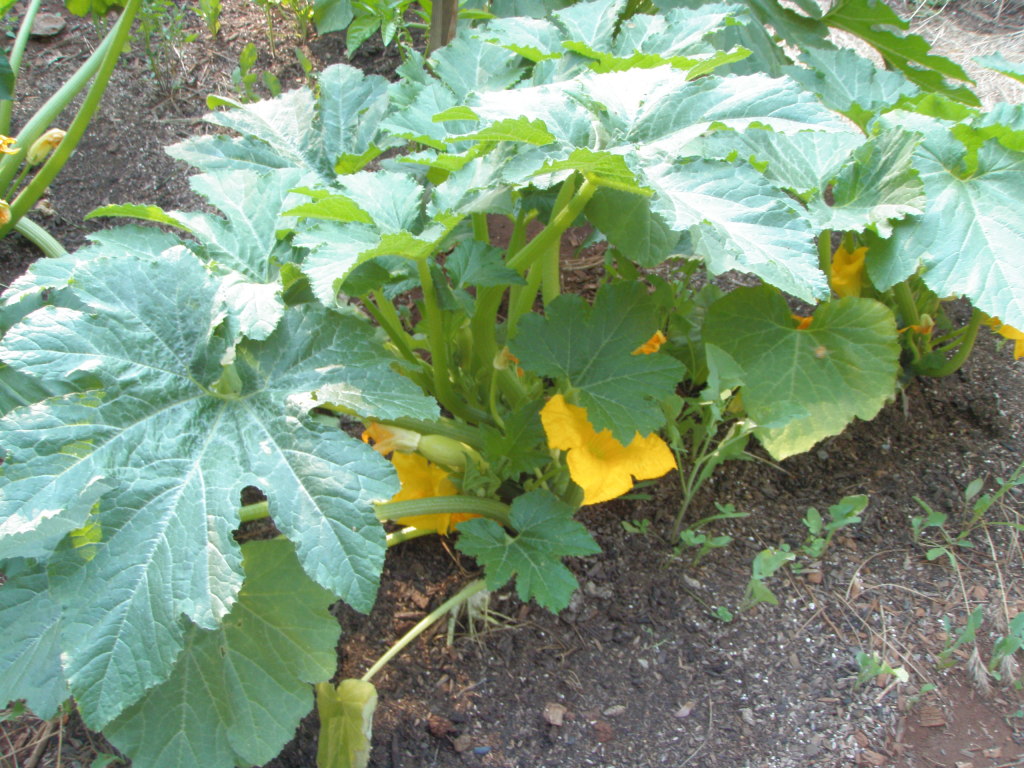 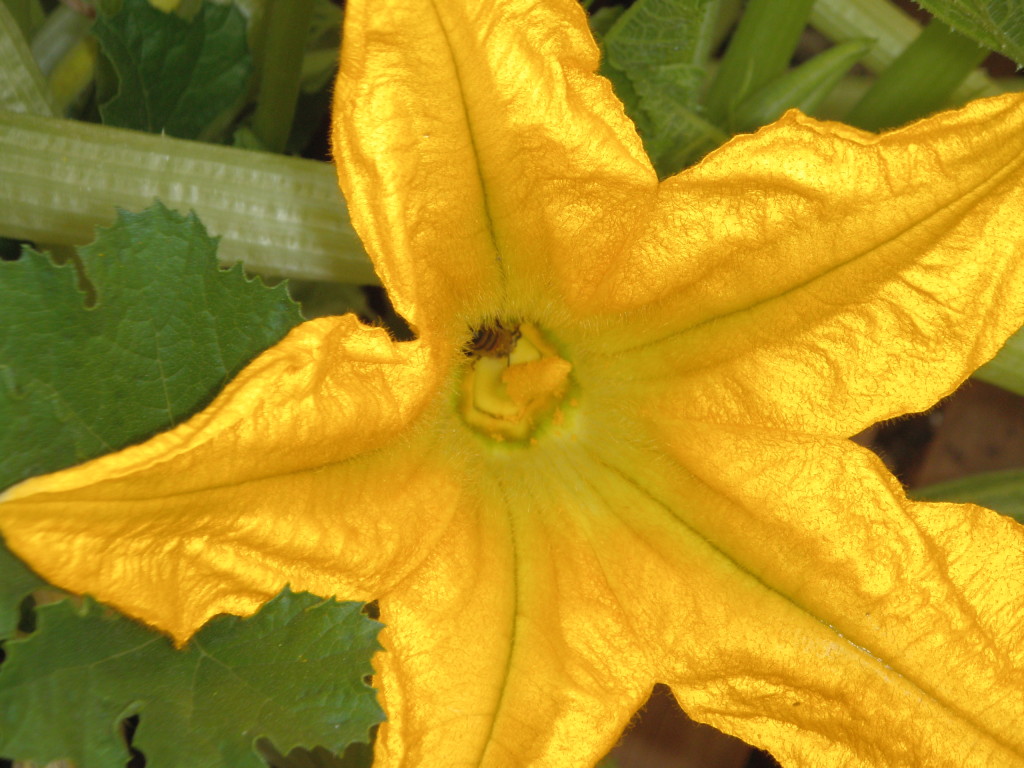 No shortage of bees!

But I’m always willing to learn something and try out new techniques, so I tried the Kaisers’ method in my kitchen garden this year. The first thing I learned was that I don’t have a good enough system for keeping transplants rolling in ready to go into the garden. Part of the problem is that I was trying to start transplants of crops that should ideally be started in cool weather (and I was dealing with 100+ degree days and warm nights). The other problem is that I did not have a designated seed starting/transplant growing area that was big enough for what I was trying to do.
The second thing I learned was that I had to be really careful with hand watering not to wash away soil. Compost tends to be much lighter than regular garden soil; get it too wet and it quickly slides downhill or sideways. 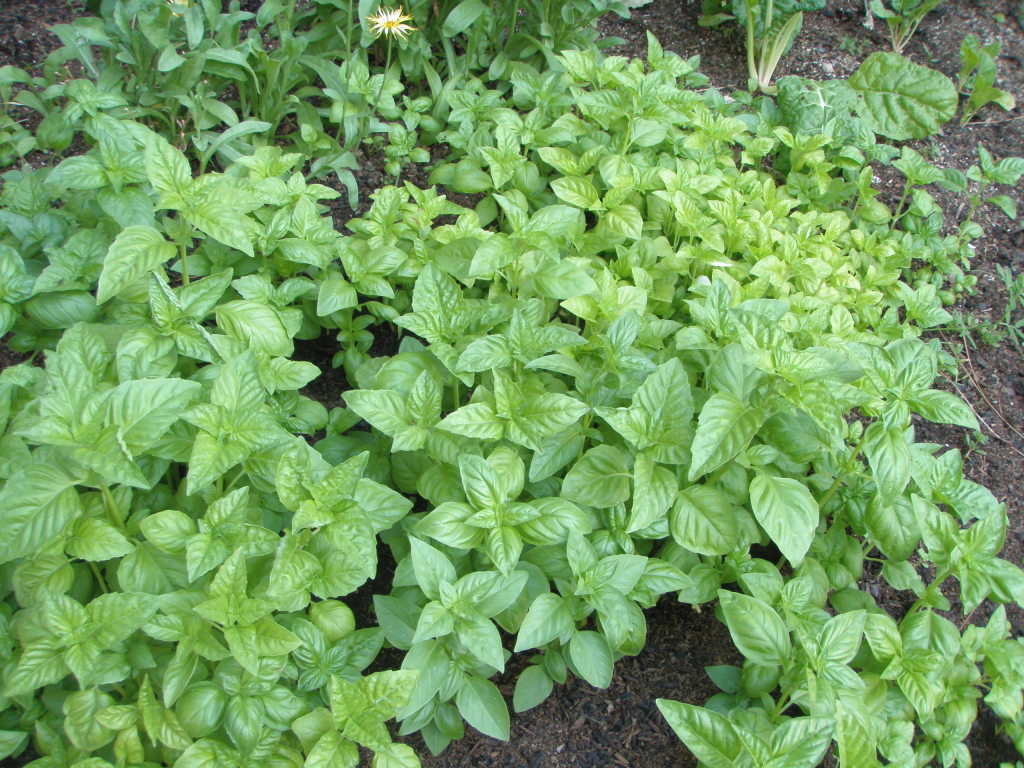 The third thing I learned was that this method really helps you stay ahead of the weeds. By cutting off plants rather than pulling them up to harvest, you don’t disturb the soil and turn up weed seeds that have been slumbering away underground. Dumping compost on top of your just-harvested spaces also smothers any seeds in that area. Closely spaced plants help shade out the beds, and by putting in transplants rather than seeds, your plants have a big jump on the weed seeds. In the new bed I was building, I watered well and let the first layer of compost sit until the weed seeds underneath germinated, then used a scuffle hoe to clear them off a couple of times. 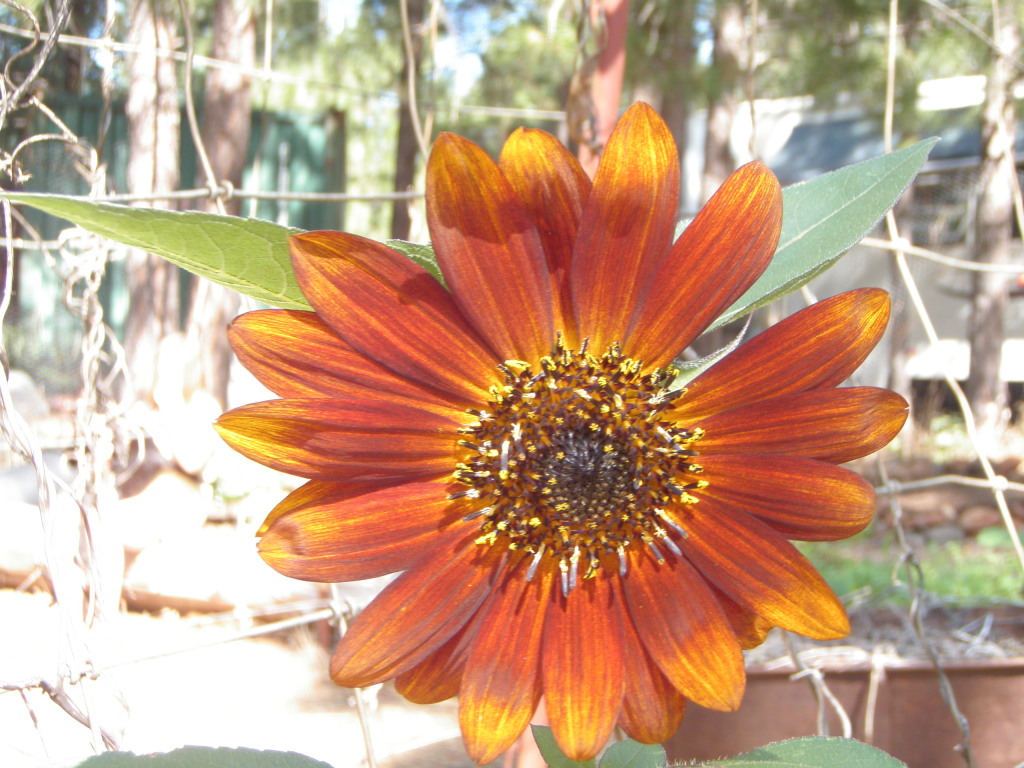 Other lessons learned: The Kaisers say their method uses much less water, partly because their soil has so much organic matter. I could see that eventually that could be true, but I used about as much water this year as I usually do. Since I recycle garden and kitchen wastes to the animals and poultry that produce my compost, I think it will be sustainable. I’m not sure what will happen as I keep adding compost to these beds. The soil in some of them was already at the level of the retaining structures (primarily big logs pinned in position with chunks of old metal fence posts). Since this garden is on a hillside, if I build up the soil level too much, soil will wash downhill, especially in winter. I’ll probably try adding a pole on top of the logs. As far as productivity, once I figure out a better transplanting system, there’s no question this will be more productive. It’s less work than my previous system, which required a lot of hand and hoe weeding. Next year I’m going to try using flat cardboard collars around the base of plants like tomatoes to keep the compost from washing right at the roots.
Final verdict: Hard to say for sure as I’d want to try it for a couple more years, but overall, I think this method will work better for me than my previous system.