Having It All – Yeah, Right! 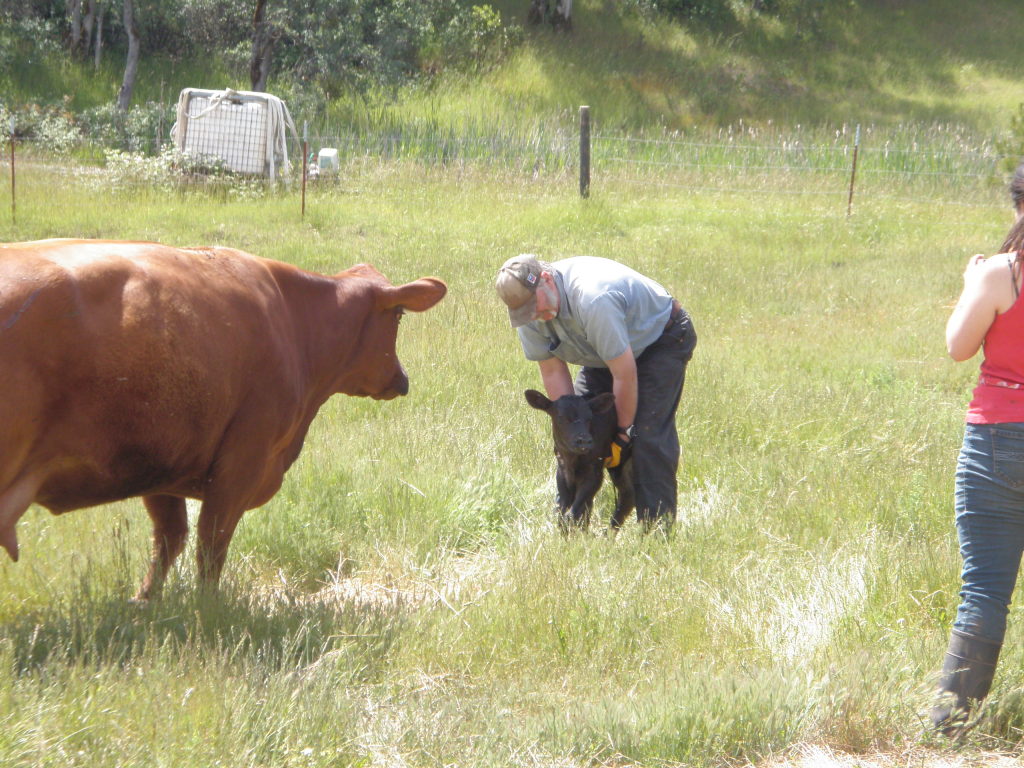 Teaching the new calf about people.

I was looking at a discussion among farm wives on another blog a few days back and the common thread among the women who were posting was that they were struggling to do everything they needed to do. There was a fair amount of I-should-if-I-just-if only-I-could. Many of the women were relatively young, with small children, struggling to home school, run the farm, market the farm, take care of the animals and keep up with the housework. Some of the spouses were right in there pitching, others worked off the farm and several traveled extensively for their jobs. A few of the women had two or more children and were also pregnant. My heart went out to these ladies, as I’ve been there, done that. It occurred to me that my perspective comes from the other end of the continuum, so I started scribbling some words of advice.

1. You never get it all done. The last time my to-do list was current was before my 36-year-old daughter was born! At one time I was the only adult in the household for six months at a stretch because my husband worked at the South Pole half the year. We had a stallion, our own mares and 24 leased mares (hubby was gone during breeding season, so I did all the breeding), I was working full-time in nursing and my daughter was six years old. We also had pigs and chickens and a big garden plus fruit trees. That was the year the well pump went out and both vehicles died at the same time.

2. Don’t beat yourself up when you can’t get caught up, because (see #1) you never get it all done.

3. Operate on the principle that what’s alive takes precedence over what’s not alive. That means people, animals and the garden take precedence over housework. Name the spiders on the cobwebs in the corners and rejoice that they’re helping keep down the house mosquito population! 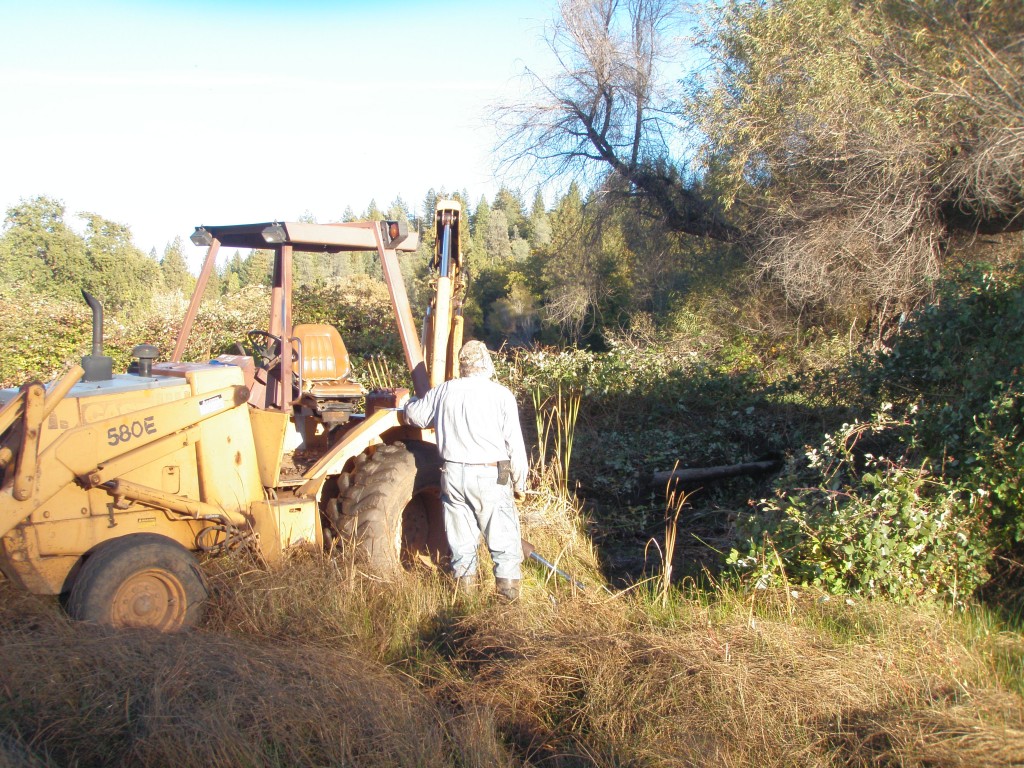 I’d lots rather help hubby clean out a culvert than clean the toilet!

5. One of the most important things you can do is make sure you get enough sleep. It’s tempting to think we can get more done by going short on shuteye, but the reality is what you do is short-circuit your brain’s ability to function and your overall health.

6. Set your own goals and ignore what anyone else says you “should” be doing. This is a toughie, because we want to be liked and approved, but we wind up contorting ourselves into pretzels to meet other people’s expectations. If someone criticizes, smile and say, “Thank you for sharing your perspective.” Then go do it your way.

Stallion have minions, too!

7. You can have it all — but you can’t have it all at the same time (and neither can the men in our lives). When the kids are little, something has to give (in my case, that was usually housework; in fact, it’s still what gives, over 30 years later!). Despite the happy-face articles and downright lies you read in the media, it’s very, very rare for a woman/man to be able to have a great marriage, high-powered career/perfect farm, spotless house and polite, obedient, high-achieving kids.

8. Perfectionism has made more women suicidal than anything except the male of the species. “Good enough” almost always really is just that; there’s plenty of tolerance in the natural system.

9. Never stop looking for ways to make your life easier (I’m fond of saying that I’m efficient because I’m lazy). For example, your garden will do just fine if you don’t double dig. You don’t have to to turn a compost pile, compost will make itself — just takes a little longer. You can milk a cow once a day; the extra production is actually mostly water. Some years back, I read a little book called “Speed Cleaning,” which gave me a system that allowed me to clean a two-bedroom ranch house in one hour of concentrated effort each week.

10. Yes, I know it screws up your schedule, but take time to smell the roses, savor the flavors, laugh at the antics of baby pigs and lambs, and teach the kids about life — that’s the important stuff. 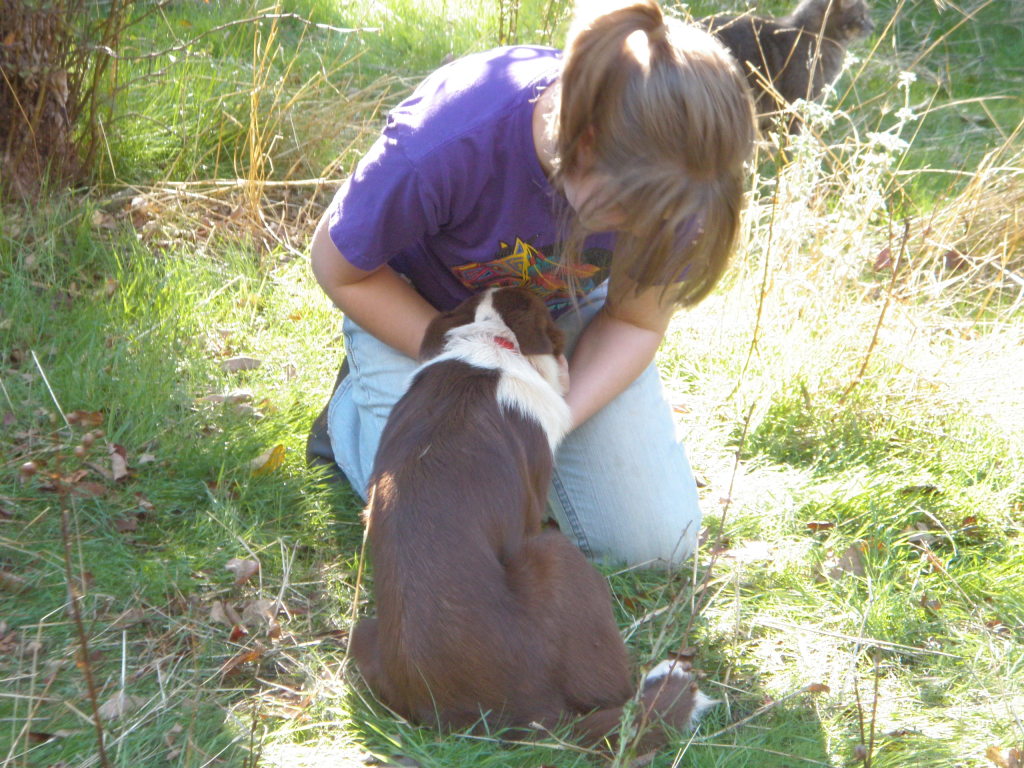 4 Responses to Having It All – Yeah, Right!