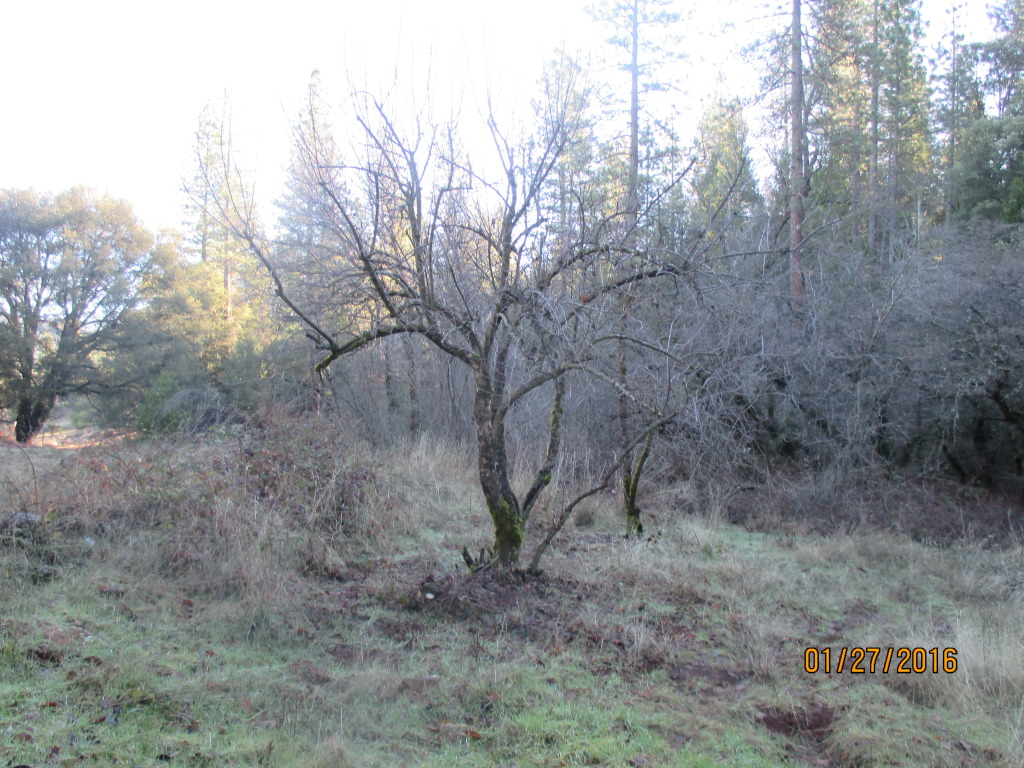 This tree has a fairly good branch pattern that allows plenty of light into the center of the tree.

It’s a good thing fruit trees can be pruned in the dormant winter season – if I had to add pruning to the usual spring or summer chores, something would have to give. The orchards on this place (we have two) are probably 75 to 100 years old, and possibly older. The trees have been neglected for at least 50 of the last 60 years. Restoring an old orchard is something that happens over several years; like any living thing, if you try to push them too fast, they’ll burn out and die. Lots of people think of pruning as a scary, complicated process, but it’s really no harder than learning how to give your kids a haircut – and the tree will hold still. You could even choose not to prune, according to Masanobu Fukuoka, who wrote One Straw Revolution. I’m somewhere in the middle between orchardists who prune, prune, prune, and those who just let the trees go.

For you novice pruners, I have three words: clean, thin, head. Clean up wood that is damaged, dead or diseased. Thin branches that are too crowded, weak or crossing over other branches. Head the tree back (think of it as a buzz cut for a tree) so you’re not trying to pick fruit that’s up in the stratosphere. These rules apply to the fruit trees you’ll be growing in a temperate climate. Make sure your pruning shears are sharp – it’s easier on you and better for the tree. Always try to make a near vertical cut, flush with the trunk or branch, so rain water and snow don’t pool on the end of the branch and cause rot. 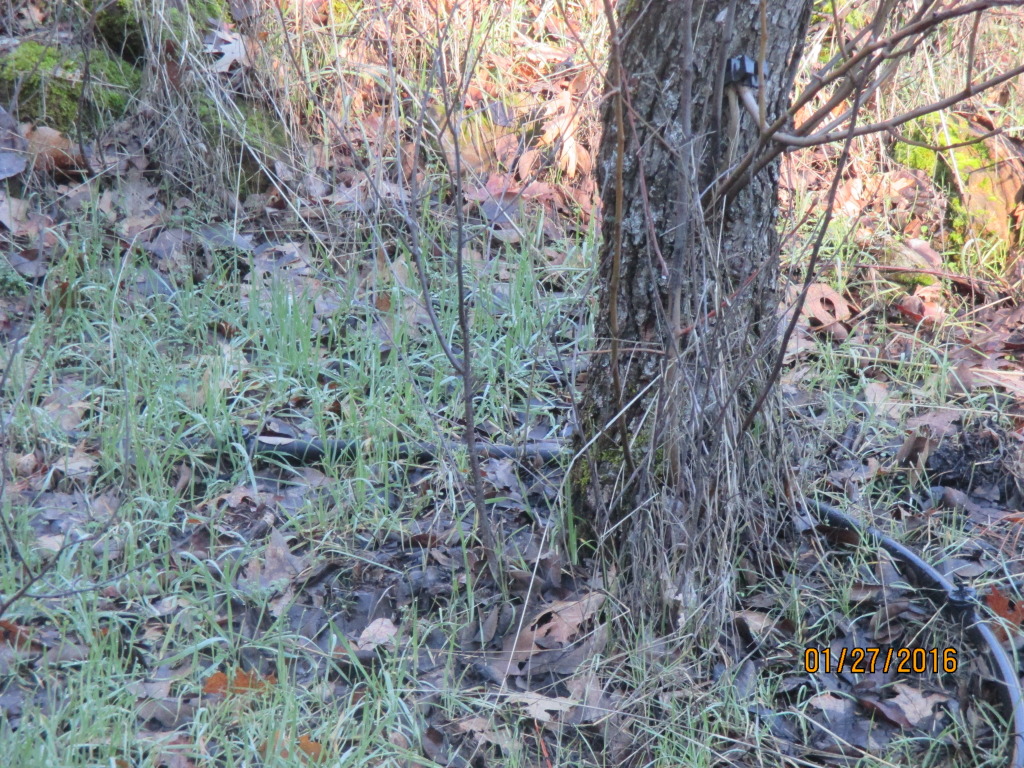 Suckers around the base of the tree.

The first step is to stand back and look at the tree. Pick out the three Ds – branches that are damaged by wind or snow, branches that are obviously dead (they’re dark brown or black and when you cut them the inside is dried out) or branches that are diseased (black, slimy, rotting). Remove all of the 3D branches. Now stand back again – identify water sprouts or suckers. The first are the branches that grow straight up from the tree trunk, while the second are sprouts that have grown from below the graft or have sprouted in the area around the tree. Neither is good for fruit and they use up nutrients that could otherwise be used by the fruiting branches. Since suckers grow below the graft, they might bear fruit, but it won’t be the variety you want.

The object of thinning is to open up the tree to maximize sunlight exposure. Branches that cross can cause damage, so shorten them or take them out. If a branch has a weak crotch angle that may cause it to break when heavy with fruit, take it out. Thin to the healthiest branches, and shoot for six to 12 inches or space around each branch.

Once you’re finished thinning, it’s time for the haircut. Prune back long branches – cut off about 20 to 30 percent of last year’s growth. For peaches, which tend to grow long, go for 30 percent. Pears should be on the low end of the scale, as over-pruning can cause a flush of growth and make them more susceptible to fire blight. Prune back to one-quarter inch above a bud that is facing in the direction you want the branch to grow. 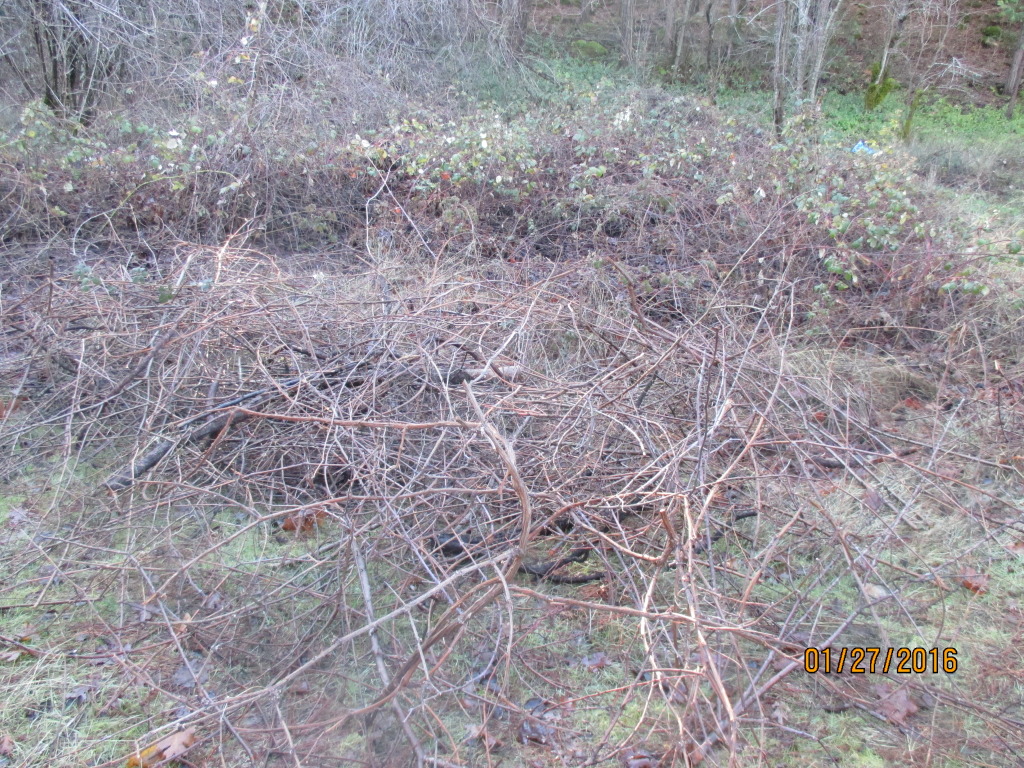 Here’s an example of the snarl of blackberry and grape vines.

See that big thick “stick” under the berry vines? That’s a grape.

On our place, there’s another step in the process: cutting back the blackberries and the grapevines that have grown into an almighty tangle in the house orchard (it’s less of a problem in the north orchard, as there are no grapes). Because of the many years of neglect, we have grapevines in the house orchard as big around as my wrist. There is no way short of dynamite and a bulldozer that we’re going to get those grapevines completely cleared out. Nor do I want to clean them out, as they bear abundantly and make terrific grape juice. There are trash trees along the far side of the orchard they can climb, and they do so with abandon, but they also try to sneak into the fruit trees, which are the ones in the sun. If I let them go, they’ll strangle the fruit trees. So every year, I hack and chop as I prune the fruit trees. 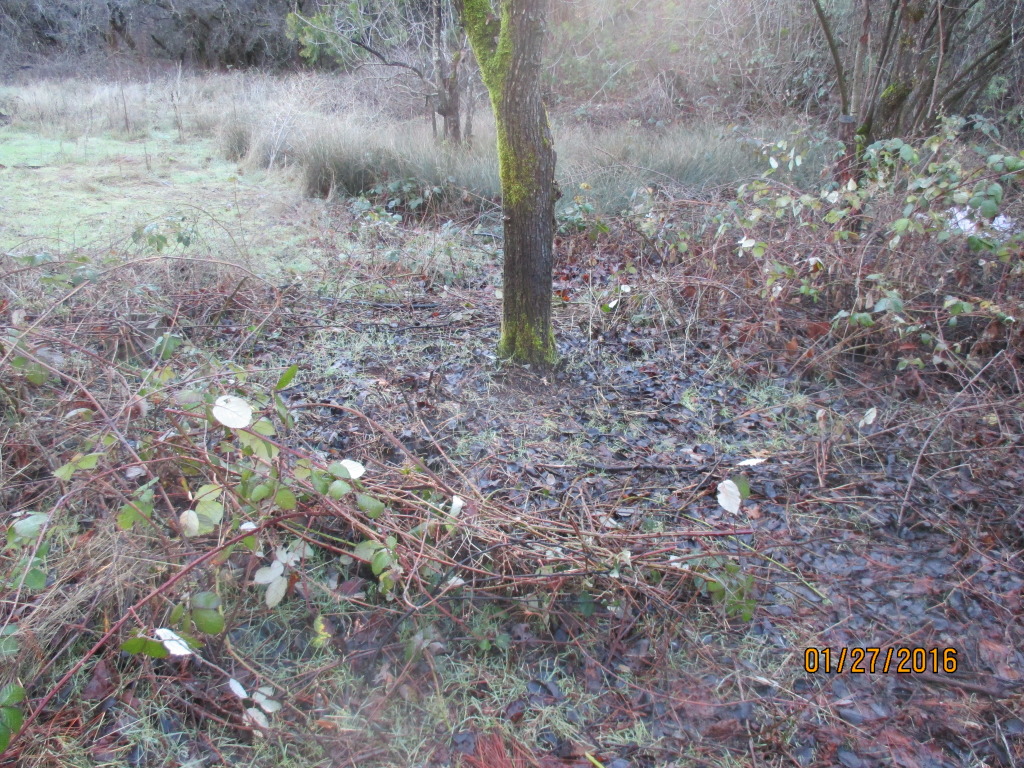 Cleared space around the tree; Don’t have a before picture, but it was pretty much solid vines.

When you’ve finished pruning one tree, dip your cutter blades in some alcohol to prevent transmitting diseases before you go on to the next tree. When you’re completely finished, sharpen your blades again and coat them lightly with oil to prevent rust. Clean up all the prunings; healthy branches can make mulch or compost, while diseased branches should be burned. 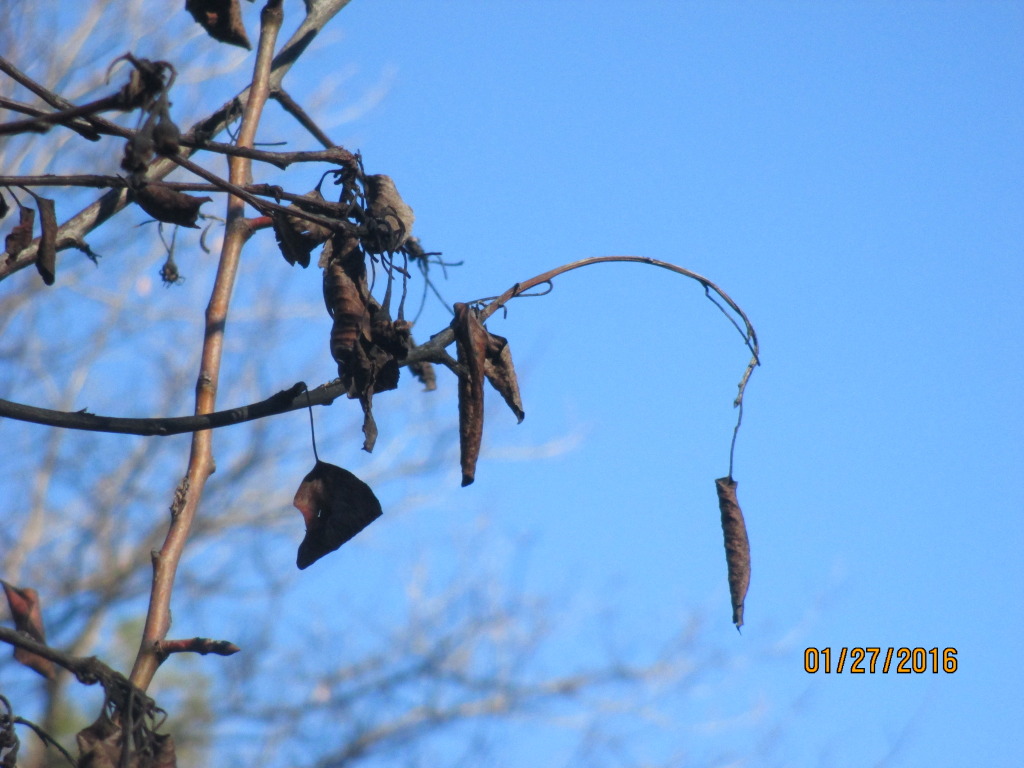 Fireblight in a pear tree. All these branches must be pruned and burned.