Jam and Jelly made without a water bath.

Can you think for yourself? Or do you rely on experts to tell you what to do?
Clear back in 2011, shortly after this blog began, I wrote a post on making jams and jellies without a water bath. You can read it here: https://www.jeffersonsdaughters.com/2011/10/14/jam-and-jelly-without-a-water-bath/ but in summary, I said that after a careful review of the latest research, it was clear to me that a water bath didn’t gain you anything except (maybe) a tighter seal. Therefore, I wrote, you could safely disregard the latest recommendations, which say water baths of at least five minutes are required for jams and jellies. That post has generated more than 10 times the comments of anything else on the blog. Most recently, a reader commented that she had been practically assaulted for saying she didn’t water bath jams and jellies in an online cooking forum.
I think this is a great example of two important concepts. The first is the concept that A: the latest science is always the best stuff and B: science is always accurate, honest and without bias. The second concept is that we should always take the opinions of “experts” over our own, even when our experience contradicts the experts. The thing is, neither of those concepts is true.
Let’s take point A. Science supposedly progresses over time, with the most recent research building on previous research, like steps in a staircase. In reality, the latest science often rests on previous findings that in many cases were flawed. Today, perhaps more than at any time in history, much of our science is also tremendously biased in the form of political correctness or swayed by what the funders want it to say. Which leads us to B. Research results can be swayed by bias, the desire for job security, advancement or scientific prestige, political correctness and money. Research is expensive, and in many if not most cases, the people funding it have a vested interest. They don’t want to pour money down a rat hole, they want the researchers to find something that lets them sell more medicine, herbicides, pesticides or increase the prestige of the university so it can get more grants or charge higher tuition, etc. The number of drug researchers, for example, who perform studies funded by drug companies and who are also paid by those same drug companies before, after or while performing the research is quite high.
John P Ionnadis is a Professor of Medicine and of Health Research and Policy at Stanford University School of Medicine and a Professor of Statistics at Stanford University School of Humanities and Science. About 10 years ago, he wrote a paper titled, ‘Why Most Published Research Findings Are False.’ Here’s what he says in the abstract: “There is increasing concern that most current published research findings are false. Simulations show that for most study designs and settings, it is more likely for a research claim to be false than true. Moreover, for many current scientific fields, claimed research findings may often be simply accurate measures of the prevailing bias.”
Don’t take his or my word for it; if you want to know about flat-out falsified data, you can look up H. Zhong, T. Liu, and their co-workers at Jinggangshan University, Joachim Boldt, Malcolm Pearce, Teruji Cho, Yoshitaka Fujii (fabricated data in a record of 172 papers!), Kazunari Taira, Jens Förster, Dong-Pyou Han, Eric Poehlman, Anil Potti, Karen M. Ruggiero, Weishui Weiser. By the way, despite the names, many of these researchers are Americans, so don’t blame bad research on foreigners. Or check out the drug Vioxx; manufacturer Merck hid data on heart disease risks for years after the drug came on the market, resulting in between 88,000 and 144,000 new cases of heart disease in the US.
Now, let’s move on to the second concept. Take the jam and jelly issue. I’ve been making jams and jellies for at least 40 years. I have never used a water bath. Nor did my mother, nor did my mother-in-law. In fact, when they started out, the standard way to make jam and jelly was to seal the jar with paraffin. Between the three of us that’s well over 100 years of empirical experience. Empirical, for those unfamiliar with the term, means “based on, concerned with, or verifiable by observation or experience rather than theory or pure logic.” No one ever got sick from our efforts. When I cleaned out the cellar 30 years after my mother died, the seals on most of the jars were still good and the foods had no signs of spoilage (I did not, however, eat any of them). I think I can make a reasonable deduction that a water bath isn’t going to gain me anything. 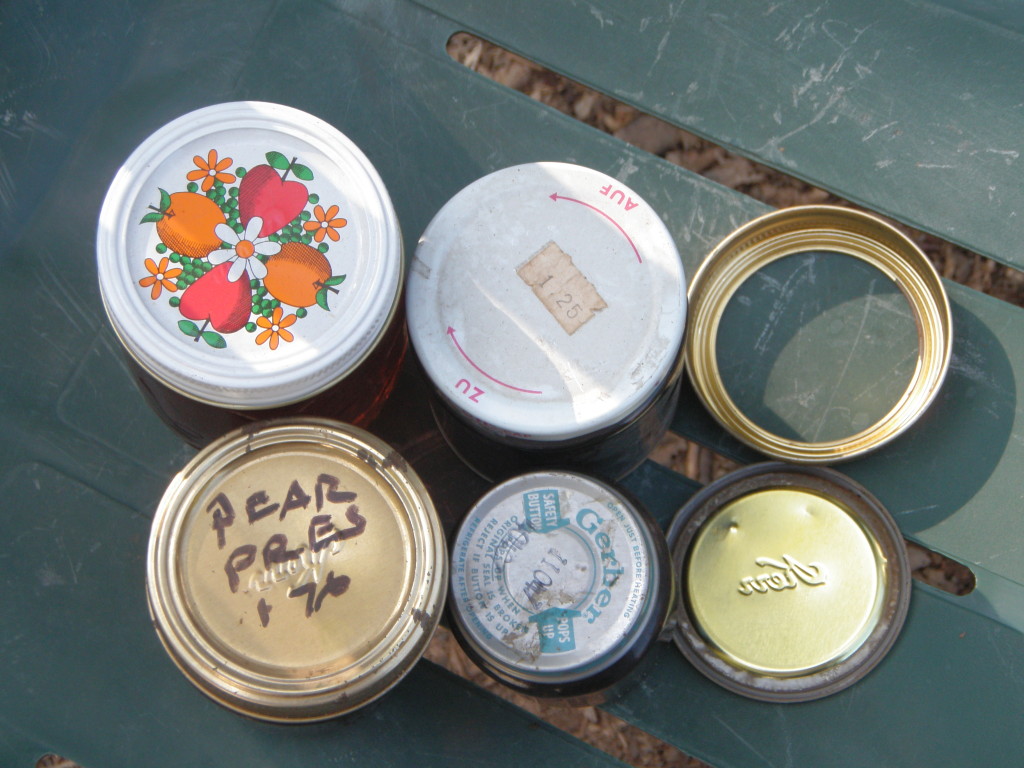 Please note the date! This picture was taken in 2015.

3 Responses to Think for Yourself