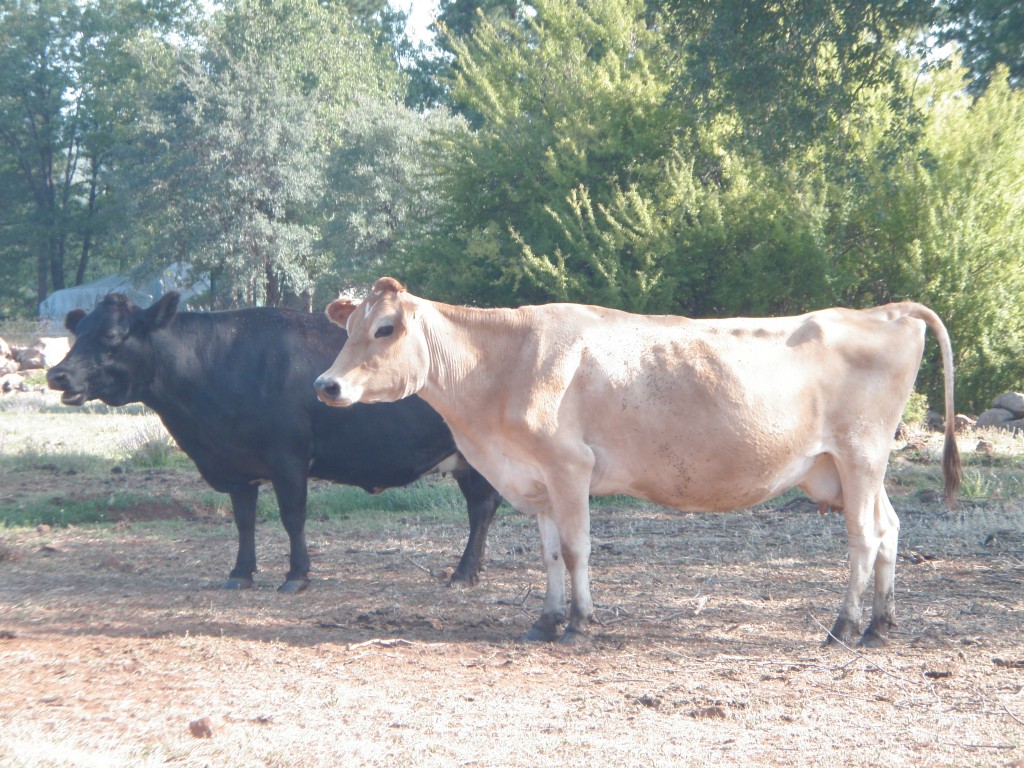 Been a tough time on the ranch lately – Maybelle the milk cow went down Monday, which means baby needs a bottle.
It’s never a good thing when you go out to the pasture and find a cow down. Dairy cows tend to be more fragile than beefers, as the concentration on high milk production at the expense of other characteristics has made them that way. Holsteins, for example, which have been bred to produce as much as 10 times more milk in a lactation than a calf can consume, are probably the most fragile health-wise. The lifespan of a commercial Holstein is usually about four or five years.
Maybelle is a Jersey and is 10 this year, which is middle-aged for a homestead cow. Some homestead cows produce well into their teens. She’s also had a couple of health issues in the last few years, once with milk fever (low blood calcium after calving) and once with anaplasmosis (bacterial infection). We had to pull the calf this year, too, which is the first time that’s ever been necessary. Finally, Maybelle has been on the thin side. All these issues have had my worry-meter working overtime. 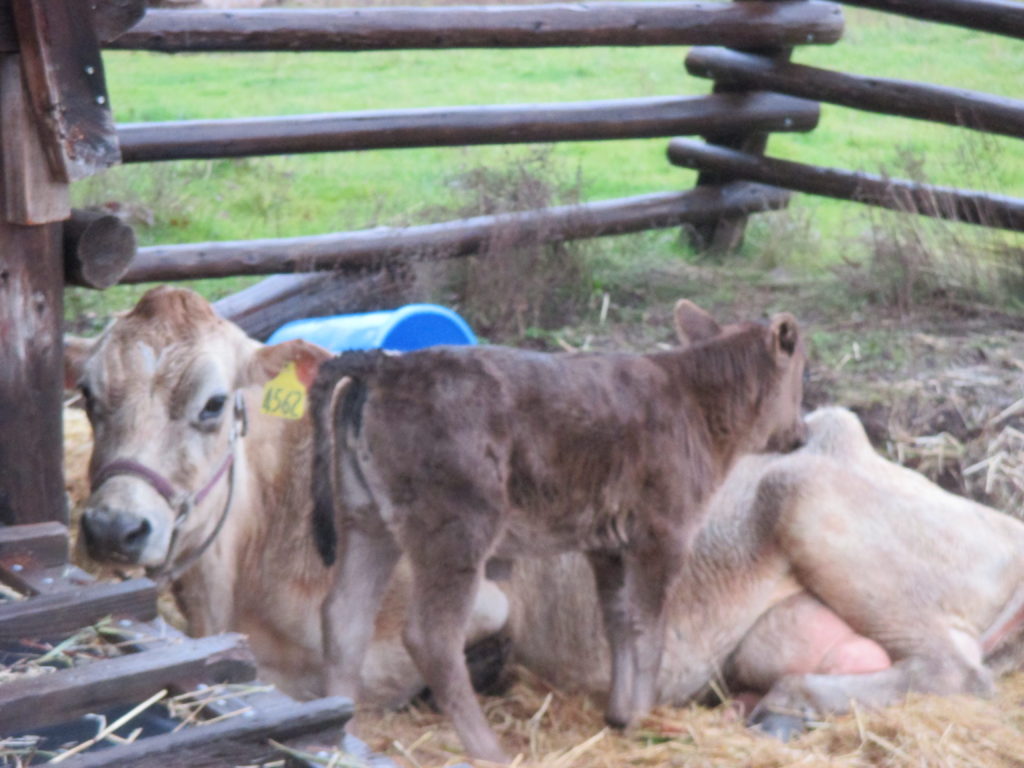 Maybelle looks pretty puny and she is.

We don’t know why she’s down and although it looks to me as though she’s been up at least a few times, due to the appearance of her manure piles and the pen itself, she seems to be spending most of her time lying down and won’t get up when we try to force her – not a good sign. We don’t know what the problem is; we’ve tried treating her for milk fever with minimal response, given her selenium ( a mineral deficient in our soil) and banamine (for pain) and finally gave her some cortisone (very much last-ditch resort in my book).
The other problem with her being down is the calf must still be fed, and even if Maybelle recovers, the cortisone may stop her milk production. So, I’m bottle-feeding a calf for the first time in 50-odd years. When you’re bottle feeding a calf you have several options (listed worst to best). The first is commercial milk replacer; like formula for babies, I consider this to be an only-if-there-is-absolutely-no-other-option route. Next would be commercial pasteurized milk mixed with yogurt for probiotics. Fresh goat milk is a pretty good choice for an orphan calf, but the best, of course, is good raw milk from a healthy cow. We have the only milk cow in our area, but there are a number of people who milk goats. 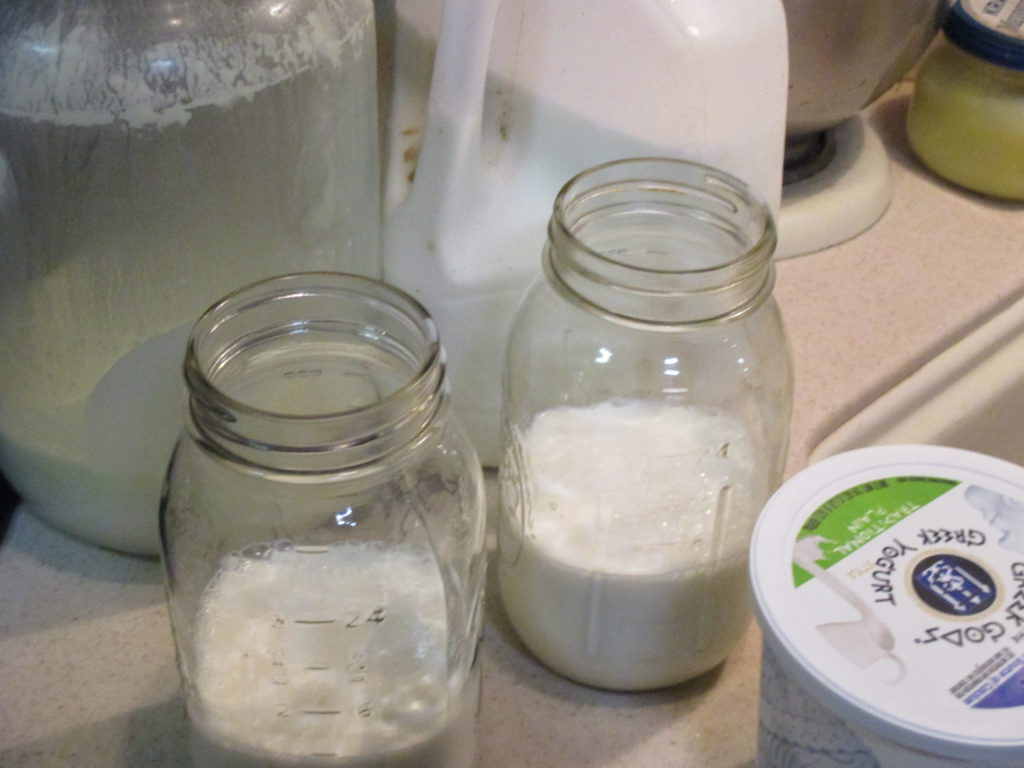 We had four gallons of Maybelle milk in the fridge, so I started the calf on that and made a few calls to the goat people. Luckily, one of the 4H moms has several goats due to kid over the next two weeks. They plan to milk all of them and bottle feed the babies, so if I can keep Violet going on my homemade formula until we have goat milk, we should be OK. In the meantime, I’ve been feeding half Maybelle milk and half pasteurized milk from the store with about a cup of Greek yogurt, well mixed and warmed to about 100 degrees. So far, Violet is doing OK with bottle feeding. 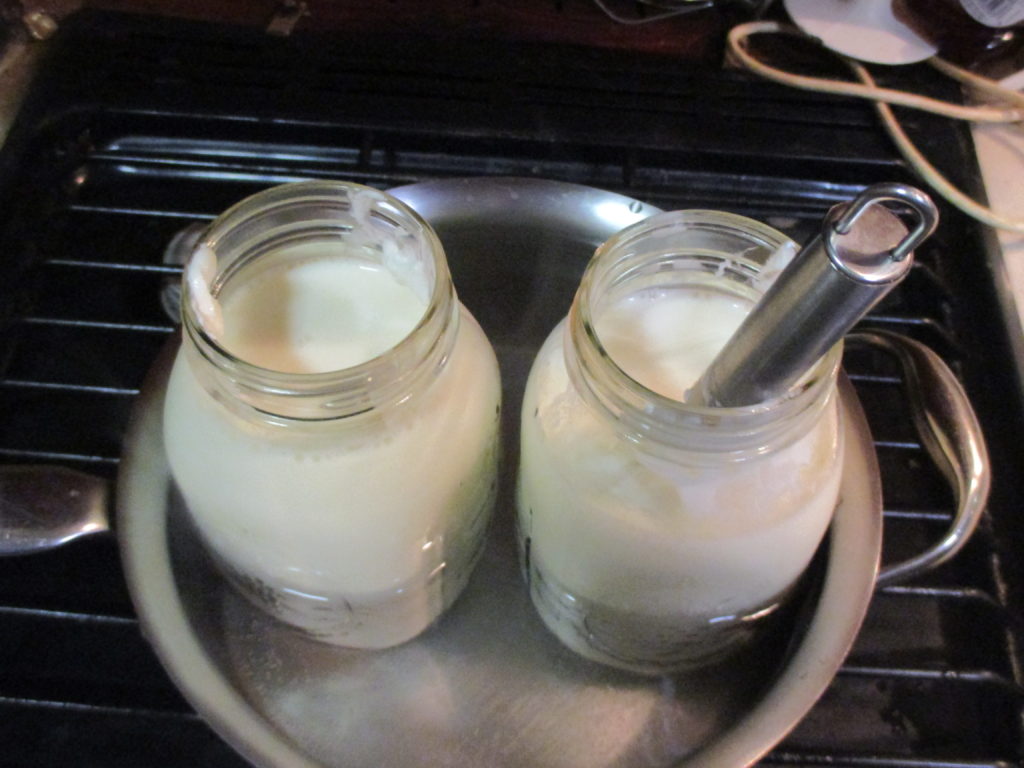 Warming to about 100 degrees (cows are warmer than people). 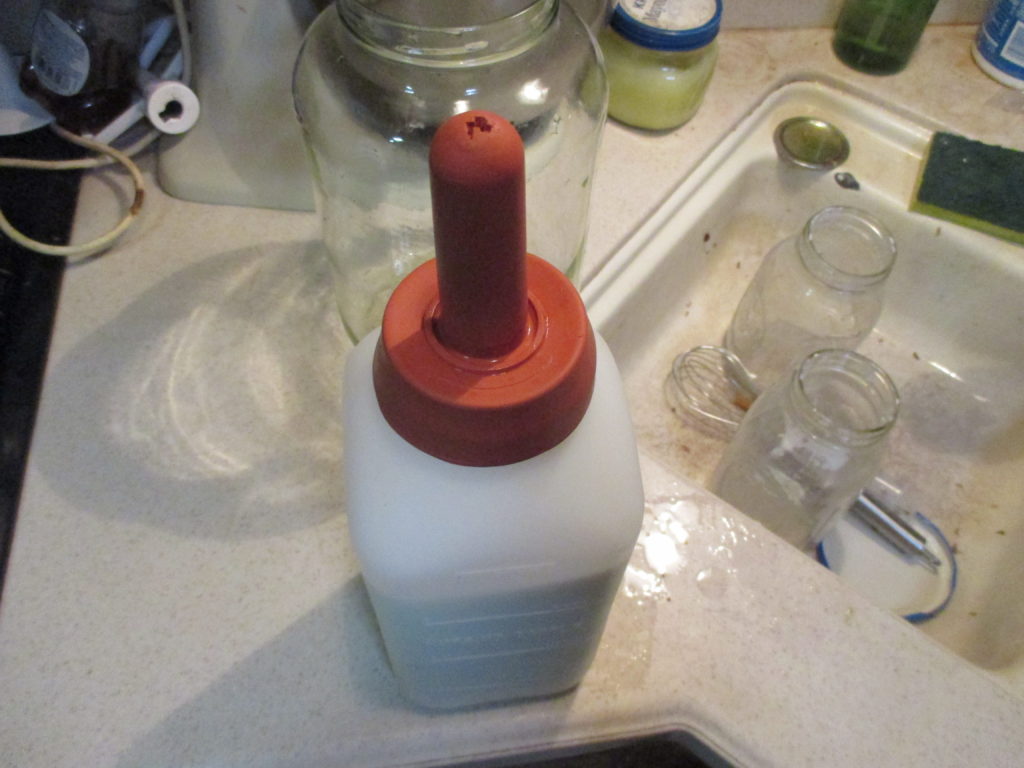 A bit bigger than a regular baby bottle!

And of course, all this is going on just as we head into another series of very wet, windy storms. Maybe we’ll get lucky and Maybelle will recover and still have milk, but I’m not holding my breath. In the meantime I’m a nursing mother (substitute) again at the age of 68!