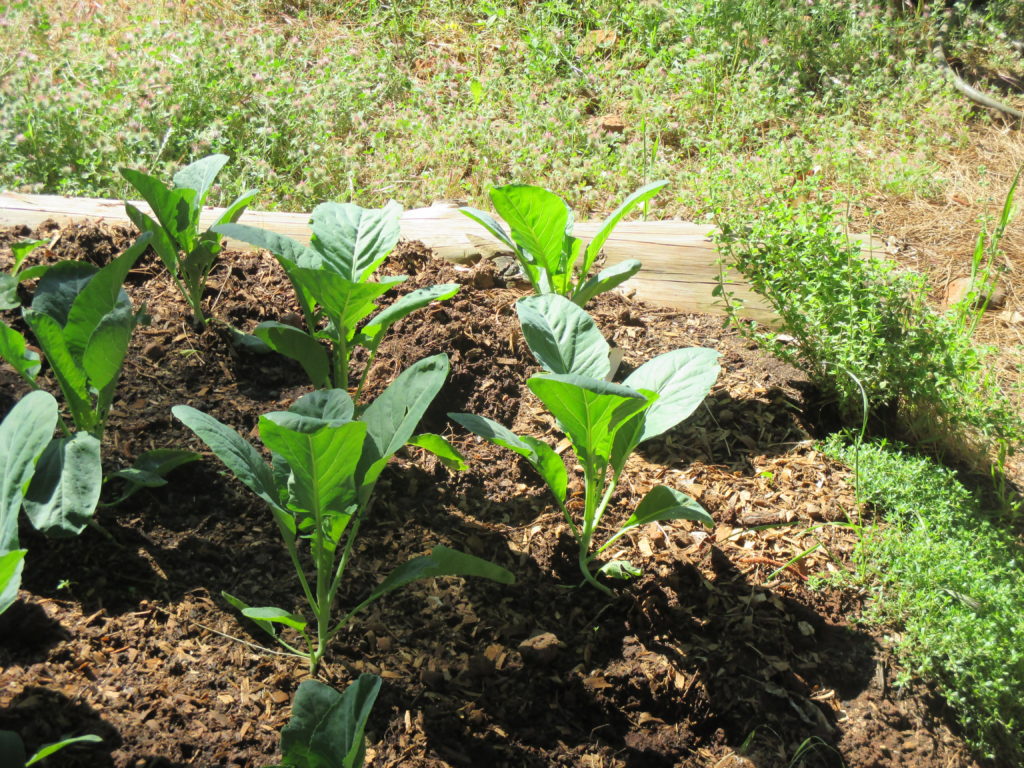 These cauliflower transplants look so promising at this stage…

In this modern-day-take-it-out-of-the-freezer-and shove-it-in-the-microwave world, we often lose sight of what real food tastes like. Not too surprising, when you look at the ingredient lists on most prepared foods. Many so-called foods have more chemicals than food ingredients. I figure if you can’t even pronounce half the ingredients, you shouldn’t rely on it as a major food source. On the other hand, just think about beef stew or chili simmering slowly through the day, ready to warm the cockles of your heart – not to mention your cold hands – come dinner time. Or home-made breakfast burritos or Cornish pasties, stored in the freezer for those mornings when you can barely find the kitchen, let alone think up a menu.
In the old-fashioned kitchen, nothing — and I do mean NOTHING — went to waste. It was too darned hard to grow it, store it, process it and cook it, so canny ranch wives created all sorts of dishes with things we throw away today. Take cauliflower leaves. There’s at least twice as much leaf as there is head on a cauliflower plant. And the leaves have plenty of nutrients, so why waste them? I have trouble growing cauliflower because it’s a cool weather vegetable and my springs tend to go from cool and damp to dry and hot in the blink of an eye. The cauliflower, thinking summer has arrived, promptly sets a very small head and bolts into the flowering stage. The miniscule heads don’t make for very good eating (and look rather odd, as well), but the plant itself is quite large and the leaves have plenty of nutrients. I have similar problems with broccoli, but it doesn’t seem to be quite as heat-sensitive, and it will winter-over well so I can harvest before the spring weather heats up.
Balked of being able to eat cauliflower heads, I just use the whole plant for soup. I usually make the soup base and freeze it. This also works well with broccoli, or you can combine the two.

Put the veggies in a large stockpot with enough water to cover. Cook until onion and cauliflower or cauliflower stems are soft. Let cool. Run through the food processor in fairly small batches (otherwise it runs over the center post and makes a terrible mess — just sayin’) until the vegetables are pulped. Depending on how many people you plan to feed at one time, freeze in one or two cup batches. When ready to serve, defrost, heat to a simmer and add whatever you consider to be the right amount of cream; I usually use one cup cream to two cups soup. Sprinkle on a little parsley, add salt and pepper and enjoy.