You have to plow, rototill or double dig your garden to ‘work up’ the soil.
Let’s just think for a minute, here. Does nature plow the soil year after year after year? Yes, with earthworms, gophers, pigs, moles and plant roots. Does that form of ‘plowing’ leave exposed soil? Maybe a little from the gopher and mole holes or the pigs’ rooting. Does plowing/rototilling, etc., disrupt the soil structure? Oh, yeah. Tilled soil erodes very easily. Tilling disrupts the insect and microbial life. Tilling creates hard pan, especially in clay soils — that solid layer of concrete several inches to a few feet down that becomes impervious to water and plant roots. While you might want to till the first time you start a garden or to plant a new pasture, after that, I think you should try to avoid soil-turning like the plague. Use mulch or compost and keep adding it on top of the garden to protect the soil and provide nutrients and humus. In pasture, use grazing animals in short rotations to keep the pasture healthy. 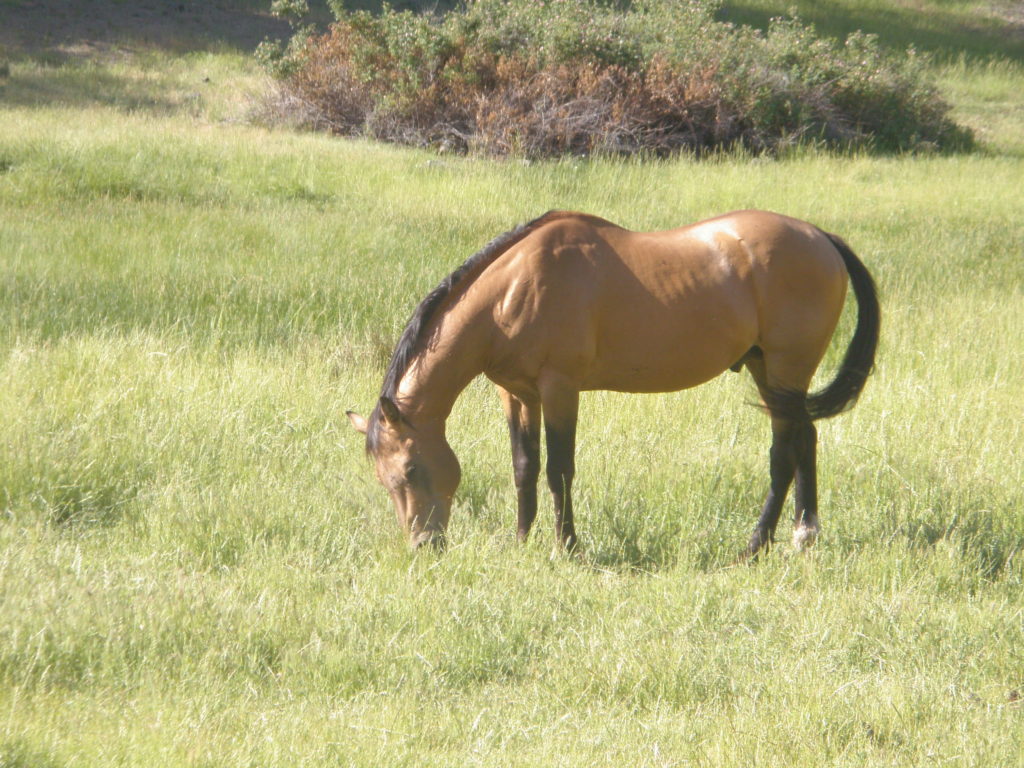 Now, a couple of caveats here. First, this no-till method works best if you’re growing in beds, raised or otherwise (although Ruth Stout mulched the whole darned garden with eight+ inches of straw and didn’t worry about paths at all). Second, the paths between the beds shouldn’t be in grass, because the grass will quickly invade your beds (especially a grass like Bermuda, which spreads by underground stolons). Third, this system isn’t going to work if you’re growing multiple acres of corn or similar crops. If, however, you keep your animals on pasture and hay rather than trying to raise corn, grains and soybeans for their feed, the small amount of tillage in a crop rotation is less of a problem than the thousands of acres currently under cultivation in the Midwest. The Midwest could convert to a similar system of pasturage and solve a lot of the problems we have with the current system. 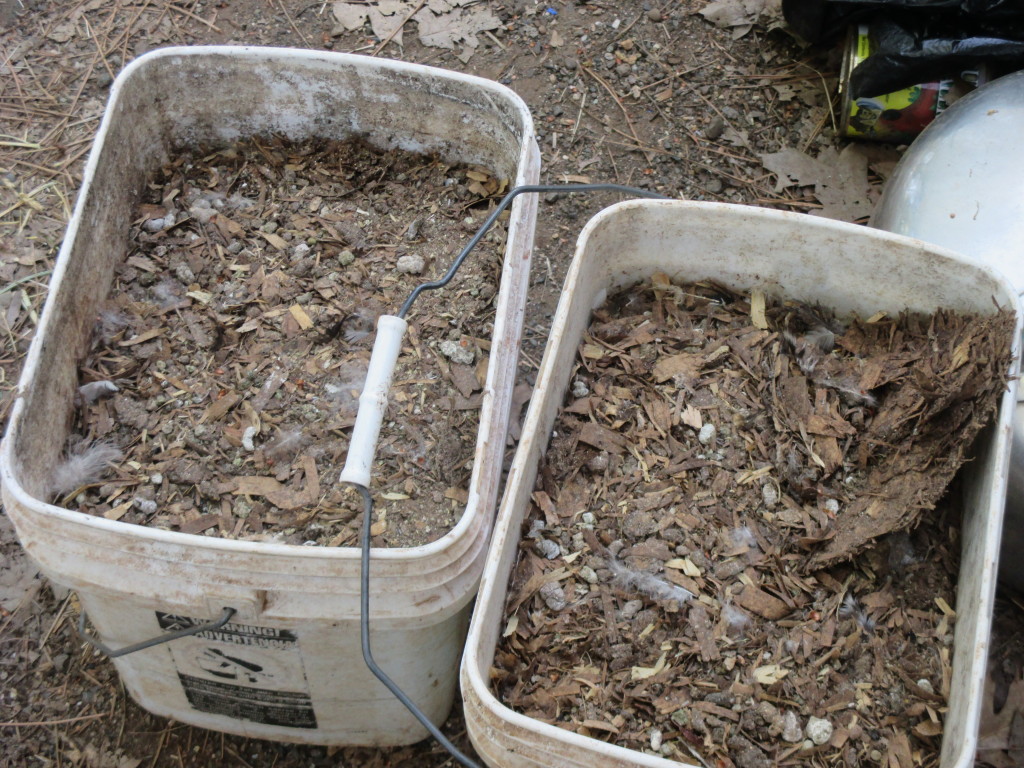 Chicken house cleanings to add to the kitchen garden beds. The shavings add carbon and the chickens provide the nitrogen.

In days gone by, it was common to rotate growing areas – first, a leguminous mixed pasture such as clover with various grasses (this kind of pasture is known as a ley) would be planted and used as pasture and/or hay for several years. In some cases, the farmer would then turn pigs onto the ley, allowing them to get a head start on the plowing while adding manure to the plot. This would be followed by a thorough plowing and a planting of corn; corn has high nitrogen demands, so it should follow legumes. Next, a rotation of common garden vegetables, with the addition of a little compost or fertilizer if needed. Originally, the vegetable rotation was turnips, fodder beets and similar root crops that were used to feed meat and milk animals in the winter. Finally, another plowing and a rotation of small grains such as oats, barley or wheat. These have the lowest fertility needs of all the rotations and in fact will lodge (fall over) if grown in soil that is too rich. The following year, the field would be replanted to pasture. Other fields (the majority of the land) would be left in pasture for five or six years, and then one of them would become a rotation field for a few years.
On the other hand, it might be possible to eliminate plowing entirely. Japanese farmer Masanobu Fukuoka, author of the One Straw Revolution, simply scattered seeds over unplowed fields. His yields were lower, so take that into consideration. The key is to keep as much of your ground covered with either pasture or compost/mulch as you possibly can. If you have 10 acres, for example, plowing one acre is not so much of a problem, especially if you rotate your plowed area periodically. The real problems occur when you have 100 or 1,000 acres and plow 99 percent of it.