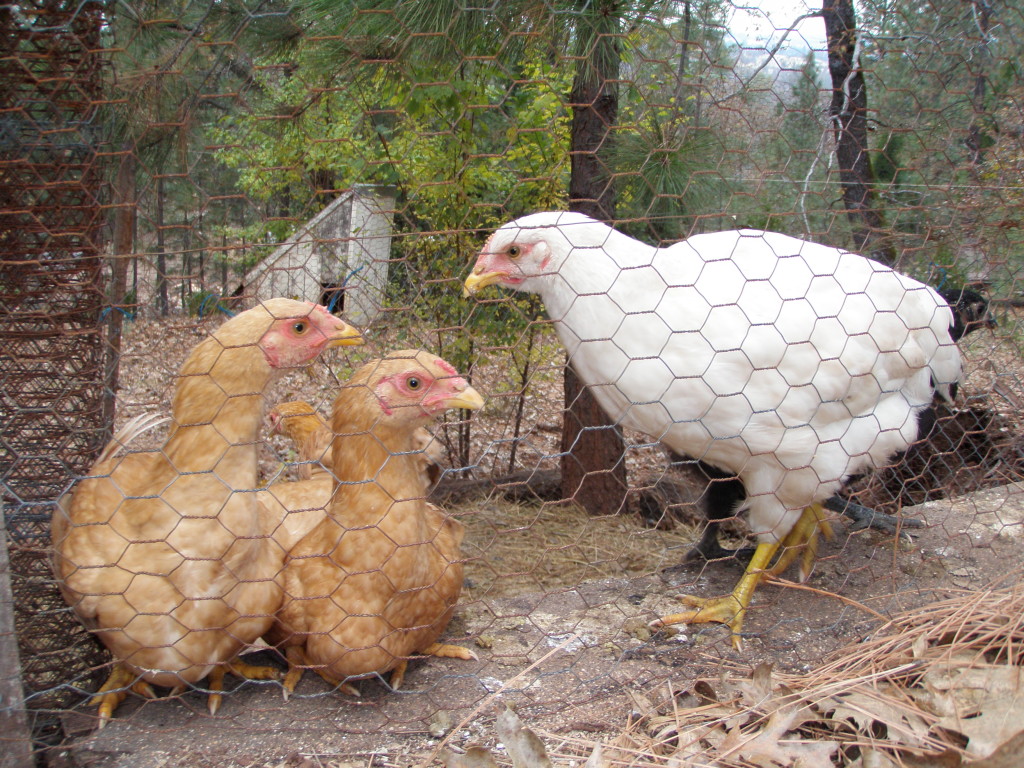 Part of the ill-fated crossbreeding attempt.

Got a comment from a reader named Sandy that will require more than a short answer, so I thought I’d turn it into a post. Sandy wrote:
Hi,
I have enjoyed your posts on clan mating for chickens. It seems like every article I read on clan mating describes a different way to manage the rotation. I have a few questions.
How long have you been using the clan system you described?
How did you first separate you Del’s into clans? Did you buy from different sources? Or a single source and have to split them based on some criteria?
I would love to see followup posts providing practical tips on working your system, and anything you would do differently, changes you’ve made, etc.,,, day to day tips for the homestead breeder…
Thank you for the good reads.
Sandy

Hi Sandy – thanks for stopping by!
To answer your questions, for years, I kept chickens and the hens always raised a few chicks. Eventually, I’d get a new batch to add to the flock, keeping genetic diversity going in that fashion. About seven or eight years ago, I decided the commercial chickens just weren’t cutting it. I’ve kept chickens for over 30 years, and what I was seeing with commercial chickens was less disease resistance (in any of the breeds I tried), lower egg production and fewer hens willing to set, even in heritage breeds that do produce setters pretty regularly. I was losing a lot more chicks before adulthood no matter how carefully I managed them and they had more developmental problems.

I’d rather do it myself (not just with chickens, but pretty much anything), so I started reading up on how to become independent in the chicken department. I freely admit I got most of my initial information from the writings of a guy named Harvey Ussery. Harvey’s a professional breeder, though, and I wanted a system that would work for the average ranch wife. I didn’t want to be bothered keeping meticulous records, I just wanted a relatively easy way to track characteristics like setting ability.

First I tried to breed my own homestead flock a few years back with a cross between Delawares and Buff Cornish; I was about five years into that and having some success when a bear came to visit and ate all but one rooster. At about the same time, I also ran across some small breeders who are trying to focus on production qualities rather than the show ring by breeding their own, like Sand Point Preservation Center and Clanborn Farms. For a variety of reasons, it took me three years to get a batch of chickens from Sand Point. (Glenn Drowns, who runs the preservation center, says he sometimes feels like he’s just running a chicken buffet for hawks and foxes.)

In the interests of having a going system before I become too old and decrepit, I finally bought commercial chicks from three different sources. When you’re buying commercial, I don’t really think it matters too much which ones you choose, and you can sort them into the clans at random. I kept all the hens but only the two best roosters (best as in good growth rate, health, size and conformation – didn’t worry about color patterns). I finally got my chicks from Sand Point this year and will keep only one or two roosters from that batch. These will form my third clan. I’m probably going to get one more group (from Clanborn) to add to the genetic diversity. I will keep the Sand Hill and Clanborn groups as distinct clans and let the rooster rotation gradually improve the genetics in the two flocks from commercial hatcheries.

I haven’t hatched anything from these flocks; the hens are just coming into their second year and I want chicks only from older hens. I don’t have a good feel for whether these will set well, either, because they’re so young. If it seems to be an issue, I’ll probably get some banty hens and just keep a few in each flock, letting them crossbreed with the Delaware roosters. If I select hens that set from these crosses, eventually, I’ll have some “pure” Delawares that set.

What I would do differently? Well, I tried to get by with makeshift housing (which was one reason the bear was able to raise such havoc – the other was that the chicken tractor was too far away from the house). We’re in the process of building four good, stout pens and coops that should survive bear attacks and aerial predation (the redtail hawks had quite a few chicken dinners at my expense, too). Second, I would be more ruthless about my culling criteria if buying commercial chickens, even if it meant I had to buy twice as many – they are so low in uniformity that you can’t count on having enough good ones from the average 25-chick minimum order. Third, much as I hate to buy commercial feed, I would use it on commercial chicks for the first two or three months, because that’s what they’re bred for, and they have a very low tolerance for substitutes. Once you get to the third generation of home-raised chicks, it doesn’t seem to be so much of an issue. It also wasn’t an issue with the Sand Hill chicks.