Herbs and Your Health 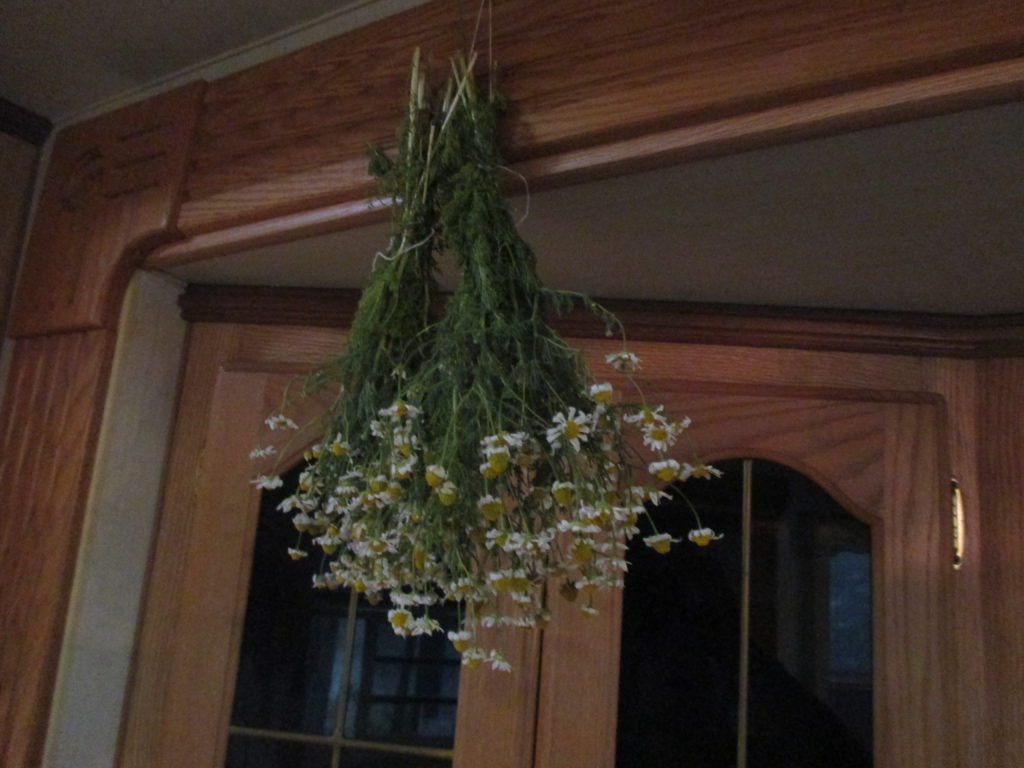 I must admit to a private chuckle when I saw the report of the researchers from the University of Nottingham in merrie old England. My hope – probably vain – is that this discovery will get more people looking at those ancient remedies; I’m willing to bet that there are some fascinating cures out there. Seems a Viking researcher named Christina Lee was leafing through a 1,200-year-old herbal called Bald’s Leechbook. She ran across a remedy for eye infection that used garlic, onions (or leeks — also members of the onion family), wine and cow bile, mixed together in a brass container and left to stew for nine days. Not only does this “nasty mixture” cure eye infections, it knocked off MRSA. MRSA, for the uninitiated, is methicillin-resistant Staphylococcus aureus, one of the superbugs we have nowadays that is resistant to most antibiotics. It’s extremely difficult to treat once it gets in a wound. Unfortunately, it is often found both in the community at large and in hospitals, and it seems to be two different strains, which is decidedly Not A Good Thing.
Of course, the researchers are now looking for the magic bullet in the mixture so they can create a new antibiotic. Seems like a lot of unnecessary extra work to me; why not use the original remedy? Well, because the ingredients are readily to hand for anyone who wants to collect them. So if every Tom, Dick, Harry, Ann, Melinda and Dorothy can make their own remedies, nobody will buy the magic bullet antibiotic. Even cow’s bile isn’t too tough, as bile salts are readily available in health food stores, where they’re used as a digestive remedy. Or, as the researchers did for historical accuracy, you could make the mix in the stomach of a freshly-butchered cow…
Now, if I sound a bit cynical in communicating this little bit of history, it’s because I have seen and experienced enough in this old world to be realistic. Medicine is big business, which means it’s too valuable to be left in the hands of people who understand how to use herbs. I am firmly convinced, however, that herbs are what we humans are best adapted to. Modern medicine has only been around for about 100 years – heck, antibiotics first came on the scene with Alexander Fleming’s discovery of penicillin in 1928, and it wasn’t refined enough to use until 1944. Prior to that time, herbs were the norm in medical treatment. Even if you don’t believe in evolution, it’s pretty obvious that the people who survived to become our ancestors were the ones for whom herbs worked – because if the herbs didn’t work, they died.
Herbs, by and large, are gentler than many modern medicines. They are for sure cheaper. That doesn’t mean they are perfectly safe. Like conventional medicines, herbs have side effects, many of them dose-related. In very tiny doses, for example, aconite can slow the heart rate. Kick up the dose just a bit, however, and it will stop the heart entirely. Aconite is often used as a poison for just that reason. Cleopatra is thought to have used it to poison her brother Ptolemy XIV so she could put her son on the throne instead (which meant she got to be king until the kid grew up). As recently as 2009, a woman named Lakhvir Singh – known colloquially as the ‘British curry killer’ – killed her lover Lakhvinder Cheema by feeding him curry laced with Indian Aconite. Herbs can interact with each other and with conventional medications, which means if you want to use herbal remedies, you should talk to a knowledgeable person about potential interactions with your prescriptions. It’s really not a good idea to keep it a secret if you’re using herbs. But some doctors may insist you stop using any sort of alternative medicine like herbs. In many cases, that’s because they don’t know anything about herbal medicine. In some cases, it’s because they’ve been brainwashed to think herbal medicines are quackery. And unfortunately, in others, it’s because when you take charge of your health, the health care system and the physicians enmeshed in it lose money and power.
Herbs are readily available. Sure, there are some that come from exotic places, but in most cases, you can find what you need for cough syrups, infections, skin rashes and other routine problems growing in your area. For example, horehound is a bitter-tasting herb that makes a really good cough syrup. You can find it pretty much anywhere in the US except maybe Louisiana and Florida. Depending on where you live, if you or the kids had a cough, you might use horehound, wild cherry bark, thyme, licorice, marshmallow, hyssop, anise, yarrow, angelica or elderberries.
So read up on herbs – you’ll probably find it fascinating!