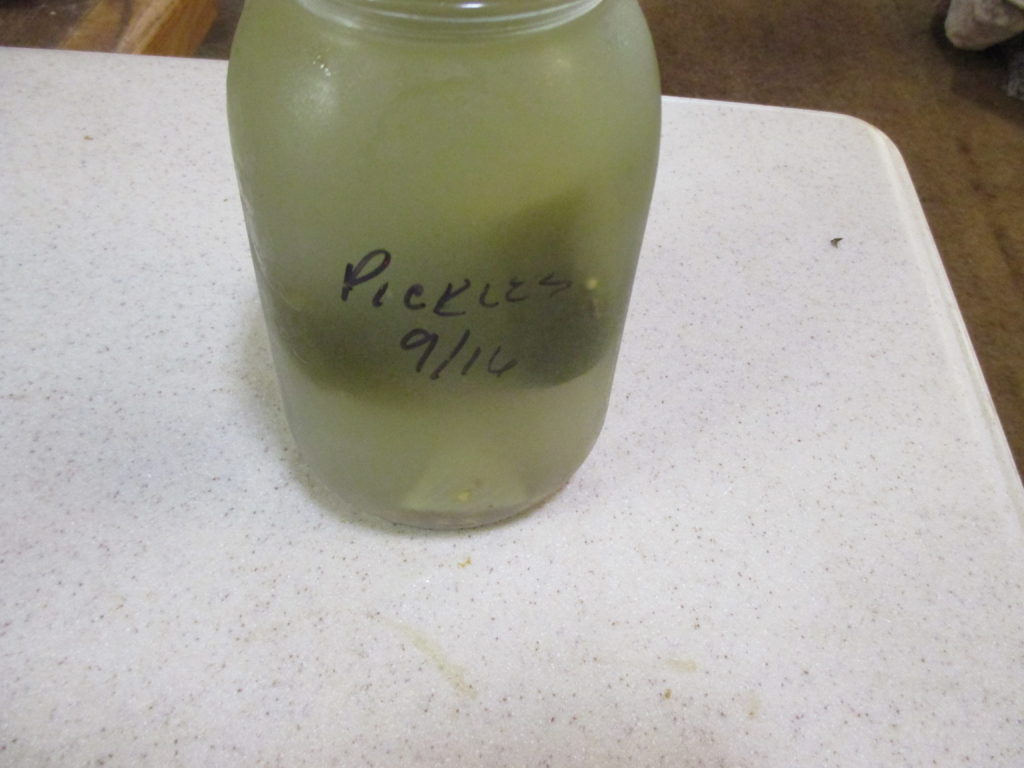 I love fermented pickles; much better than those canned in vinegar – easier, too!

I opened the last jar of the 2016 fermented pickles this morning, which got me thinking about expiration dates. The pickles were still crisp, juicy and had excellent flavor, despite being almost two years old. Obviously, the one-year expiration date common in the food industry didn’t mean anything to these pickles. Ever given much thought to expiration dates? They really aren’t worth the time to think about – you can ignore most of them, whether you’re talking about food, medicines or seeds. Expiration dates have little to do with safety or even with quality. Not only that, they’re confusing: expires; sell by; use by; best by. What do these even mean?
Let’s talk medications first. With a very few exceptions, most medications are good for years beyond the expiration dates. Beginning in 1979, drug manufacturers were required to place expiration dates on their products. Blame the FDA for that one. To determine the expiration dates, drugs have to go through two tests. Three batches are stored at 77°F and 66% humidity. Three additional batches are stored at 104°F and 75% humidity. Then they are tested for potency. This takes several years, so most manufacturers just use dates between 12 and 24 months. A couple of years after the FDA regulation was put in place, the military, which wanted to stockpile all kinds of stuff to “be prepared,” starting asking questions about expiration dates. Eventually, they commissioned a study. They found that some drugs would last up to 15 years. Other studies have found many drugs last at least five to 10 years. There are three definite exceptions – nitroglycerin, insulin and liquid antibiotics. Tetracycline is a “maybe.” This assumes, of course, that the drug is properly stored – relatively cool temperature – usually around to 60 to 80°F – and low humidity.
With foods, it’s even more confusing. In general, food expiration dates mean absolutely nothing. “Best if used by” refers only to food quality, not safety, and even those don’t mean much. “Use by” is an estimate of when a food will no longer be good. Neither of these is worth a tinker’s you-know-what if the food is not handled correctly during harvest and kept in the proper storage conditions during processing, transport and on the grocery shelves. I bet every person reading this has had the experience of opening milk with an expiration date at least a week in the future, but the milk is curdled to the point of rancidity. “Sell by” is for the market, not the consumer, and has nothing to do with safety or quality – it’s a target date to move food off the shelf or put it on sale to promote faster turnover.
So don’t hesitate to use that “old” aspirin. When it comes to food, use your own senses– does the food look OK, smell OK? Americans waste millions of tons of food each year by following expiration dates on perfectly good food. As for me, I’m going to go have a pickle.

This entry was posted in Farms, Food, Health, Money Matters and tagged aspirin, best by, drugs, expiration dates, fermented, Food, insulin, pickles, sell by, use by. Bookmark the permalink.