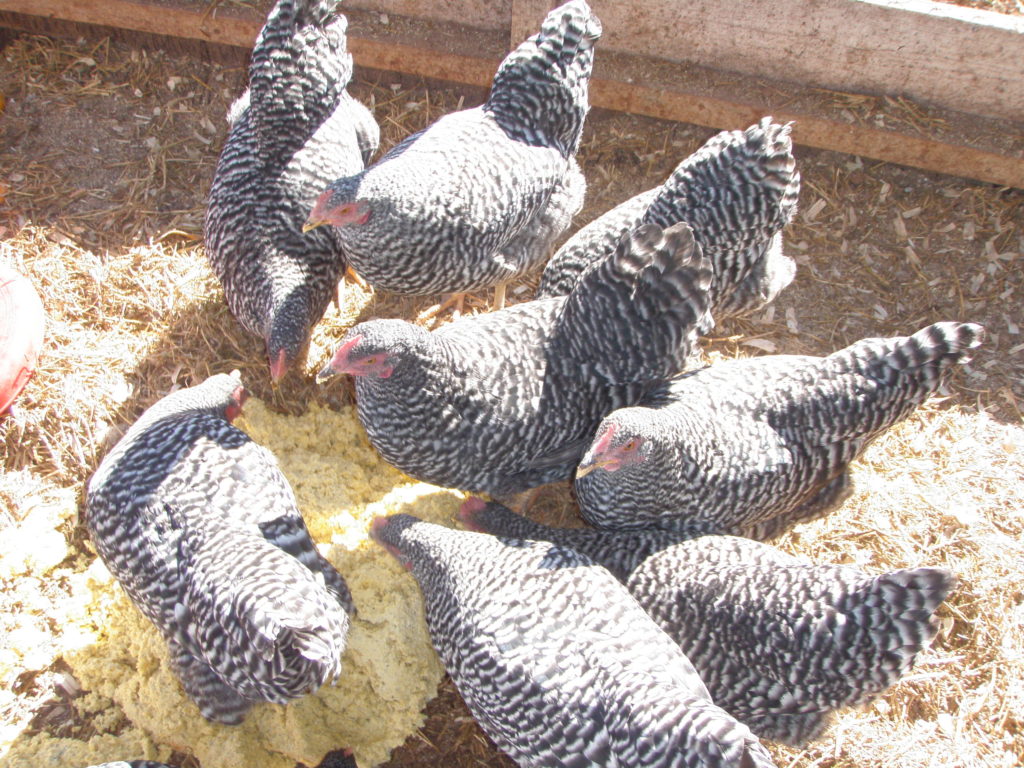 If you want to watch my husband get excited about something, tell him you’re going to make this dish. Actually, he’ll get excited about almost anything made with chicken, which seems a little odd for an Idaho cowboy. In his younger days he could put away most of a fried chicken all by himself – although he would choose dark over light meat every time. Whenever we went to visit, his mother always made either this dish or fried chicken – sometimes both if we were going to be there for a while. As was the case with so much of her cooking, she didn’t use a recipe. She cooked by eye, feel and experience. So of course, the first few times I made this, hubby would taste and tell me it was good, but not quite like Mom’s. Having already been through this with red velvet cake, I just kept making it as she had taught me. Eventually, even though I had not tinkered with the original recipe, he decided it was “right.” This is another one of those dishes that really does taste better if made with home-grown chicken, preferably a heritage breed. It also makes a difference if the eggs are ranch grown and parsley is fresh-trimmed from the garden. With simple dishes like this one, premium ingredients are important.

Chicken and Noodles
Place a whole chicken in a stockpot and add enough water to just barely cover. For richer flavor, toss in the vegetable peelings (onions, carrots, celery) you keep in the freezer for making stock. Bring to a boil, skim off the foam and then simmer until the meat is falling off the bones – four to six hours. Remove the chicken carcass and all the meat scraps. Strain the broth, discard the veggie peelings and put the broth back in the stockpot. Add salt and pepper to taste. You can also add a pinch – no more – of sage. Pull the chicken apart with two forks so it will cool enough to handle. Shred the chicken and cut into bite-sized pieces. While the chicken is cooking, make the noodles as directed below. Bring the broth to a boil. Cook the noodles in the boiling broth for three to five minutes. If there is still a lot of excess broth, either drain the noodles or scoop out the extra broth – this is not supposed to be soup, but more like a wet casserole. Add the chicken and stir a couple of times. Serve with a generous sprinkle of fresh parsley.

Home Made Noodles
You can make this with a pasta machine if you have one, but I think it’s faster to roll out a sheet of noodle dough and slice with a sharp knife.
2 cups flour – ordinary all-purpose is fine
½ tsp salt
3 large eggs

Dump the salt into the flour and give the flour a few stirs to mix it in. Make a well in the center of the flour and break in the eggs. Gently mix in the eggs with a wooden spoon, gradually drawing in flour to make a very stiff dough. Knead the pasta for 8 to 10 minutes until it is smooth and satiny. Add ½ tsp water if the dough is too dry and won’t stick together, or sprinkle with a little flour if it’s too wet. Cover the dough tightly with plastic and let it rest for 45 minutes – do not try to skip this step or you’ll spend a lot of time cussing while trying to roll out the dough. If you’re using a pasta machine, follow the directions for your machine from this point on. If not, divide the dough into four equal portions and attack it with a rolling pin. Add flour as necessary to keep it from sticking. You want it as thin as possible, since it’s going to plump up when cooked. Use a sharp butcher knife to slice into ribbons about ¼ to ½ inch wide. Cover with plastic wrap until you’re ready to cook the noodles.