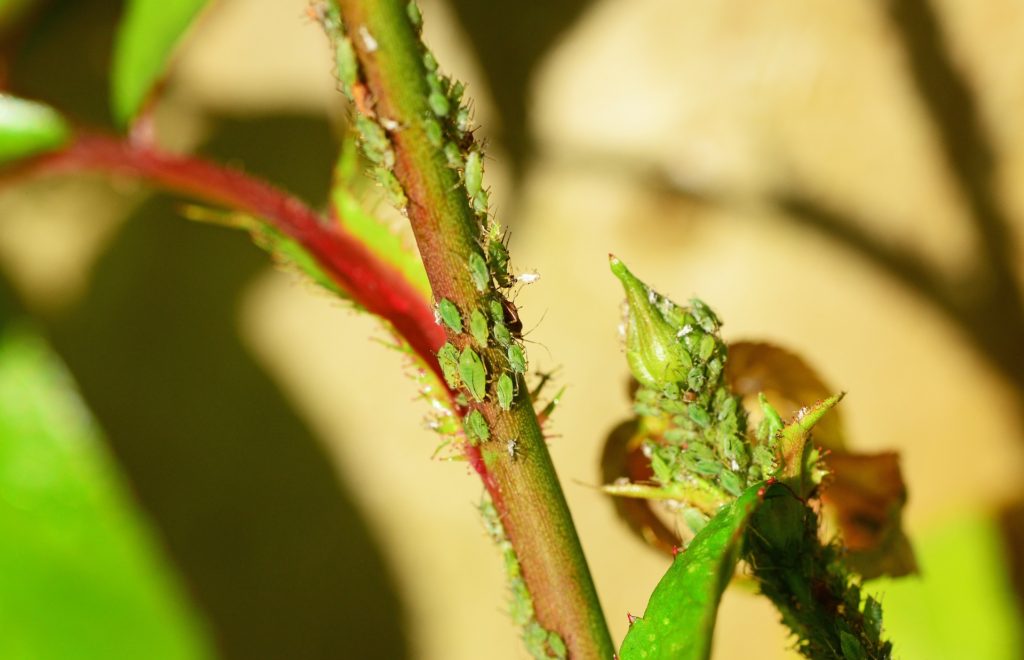 Sometimes I wonder what people use for brains. The Pentagon is looking into whether insects can be used to spread bioengineered viruses to make immediate (as in within a single season) genetic modifications to plants. Supposedly this would allow the military to take such actions as protecting plants stressed by drought by changing growth rates so they could mature earlier. Also supposedly these changes would only affect the current crop and not be passed on to succeeding generations. Scientists who disagree with the concepts have raised concerns about the technology being used as a bioweapon.
The program is proceeding under the umbrella of the Defense Advanced Research Projects Agency, or DARPA. Colloquially known as Insect Allies, the program would use aphids, leafhoppers and whiteflies to spread the modified viruses. Program manager Blake Bextine dismissed concerns, saying “the program is solely for peaceful purposes, has been reviewed by government agencies responsible for agricultural safety and has multiple layers of safeguards built into the research protocols, including total containment of the insects.”
Bextine told the Washington Post, “We are delivering positive traits to plants. We’re focused on that positive goal. We want to make sure we ensure food security, because food security is national security in our eyes.” In other words, no one would ever use what we’re doing for biological warfare or agroterrorism. Hmm – Marie Curie’s research into radium became perverted into nuclear bombs. César-Mansuète Despretz was interested in the properties of mustard gas from a purely scientific viewpoint. The Germans used his research to create the bioweapon so feared by WWI soldiers.
I find this level of naivete disturbing. It is the height of stupidity to say a potential biological weapon won’t be used because the motives of the original developers are pure. No one seems to be thinking about the fact that viruses are known for their ability to mutate – often very rapidly (it’s called antigenic shift). Once let loose on the world, you have no control over what they may become. The Spanish Flu of 1918 may have been the result of such an antigenic shift, helped along by malnutrition and crowding because of the war. Spanish flu infected 500 million people and killed between three and five percent of the world’s population, most of whom were young, healthy adults. Moreover, you can’t control the insects. Odds are high that these genetically modified viruses would spread into organic and non-GMO crops.
The scientists and bureaucrats call the concept “targeted therapies.” I call it dumb, dumb, dumb.