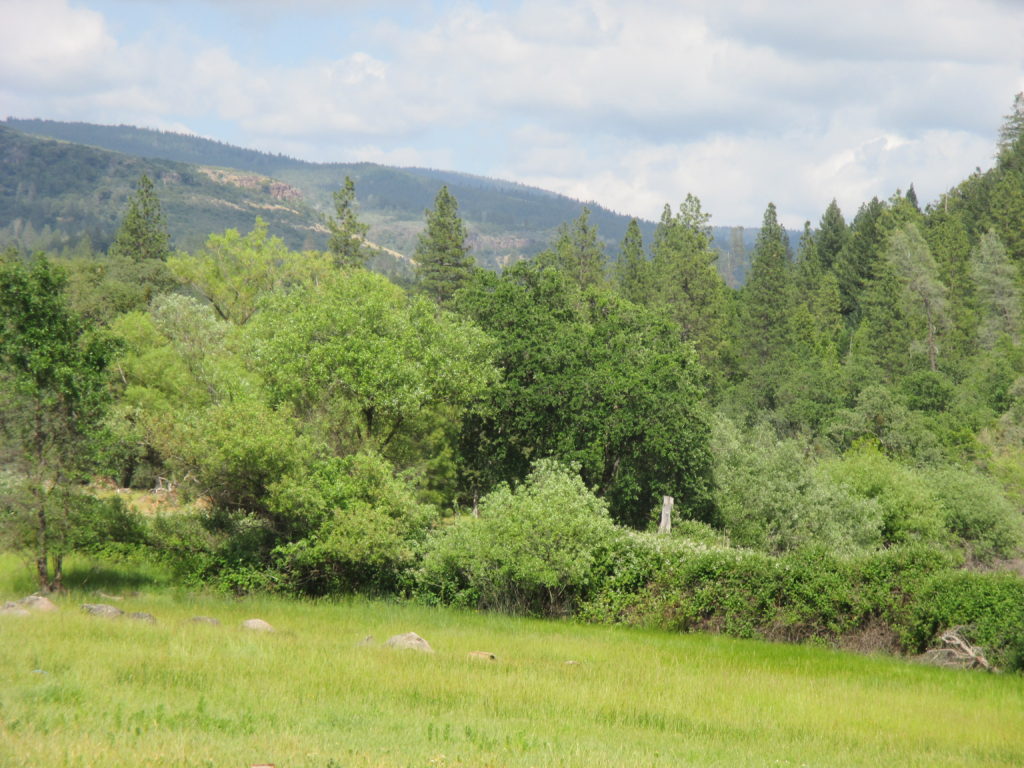 These are the kind of clouds that often move on to thunderheads in our area.

Other than looking at the fairly obvious thunderclouds overhead and deducing that rain is imminent, most people these days would have trouble predicting the weather. While meteorologists have all sorts of fancy electronic tools these days, even the average Jack or Jill can turn in a similar performance with a little basic knowledge. For a rancher, weather is a big deal. None of the things I talk about below are absolutes – like many natural phenomena, all sorts of things from wind to forest fires to volcanoes to ocean warming influence the weather. Here are a few tips that will allow you to compete with the local forecasters. 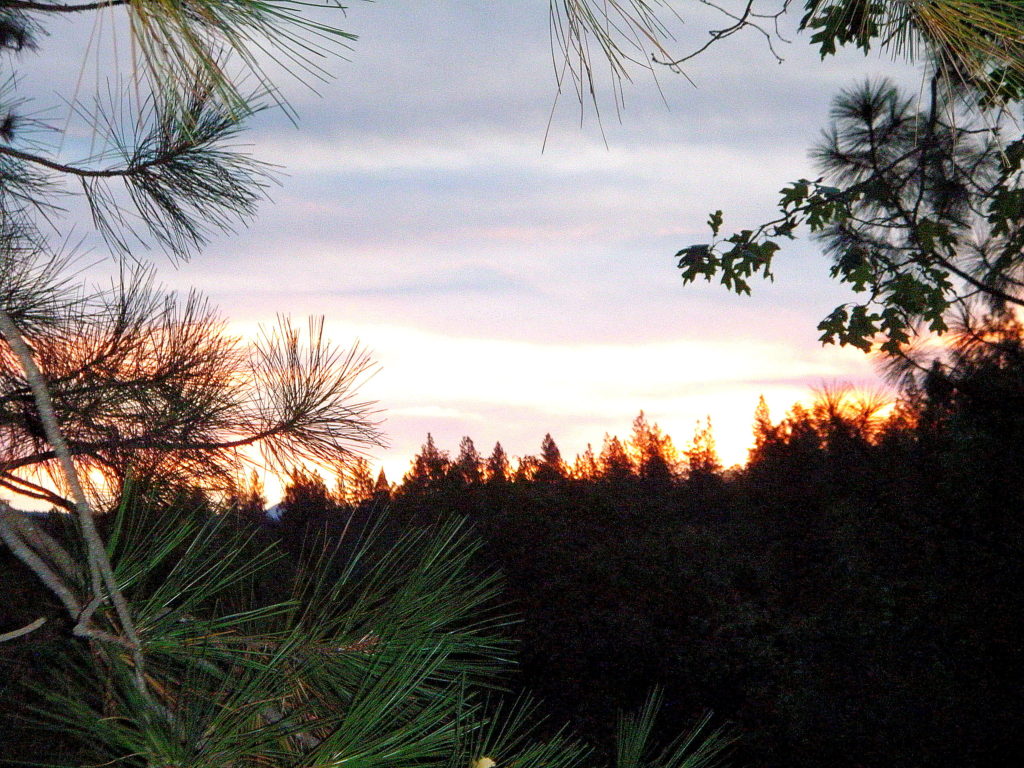 A bit of moisture in the air this morning; not enough to indicate rain.

Cloud Basics
All clouds are composed of water vapor condensing from the air. Air, no matter how dry, has some water vapor – normally it’s invisible until the temperature cools enough for it to condense or to form ice crystals. When ice particles coalesce in the upper atmosphere it can create a halo around the sun or moon. Halos often mean an approaching storm will arrive within about 24 to 36 hours. The position of clouds in the sky is an indication of precipitation. Low clouds, especially thick dark gray or black clouds near the horizon, are likely to mean prolonged rain. High clouds usually mean fair or at least dry weather. Predicting the weather from clouds requires observation and experience. 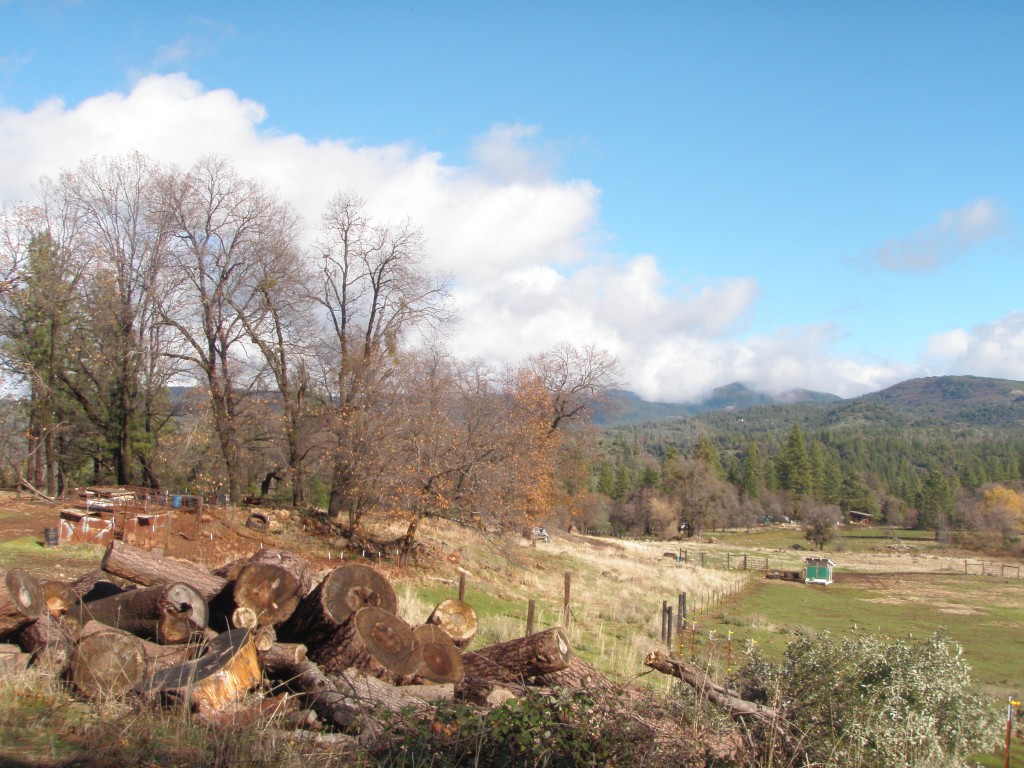 These high, fluffy white cumulus clouds are the leftovers from a major rain storm.

Wind Direction
Cloud position and wind direction also matter when predicting the weather. Widely separated cumulus clouds usually mean fair weather. If they build to cumulonimbus clouds – the classic dark gray or black thunderheads – we’re talking rain. Alto-cumulus clouds – the “mackerel sky” that looks like rolling waves in the ocean – mean it will rain within 24 hours. Alto-stratus clouds (uniformly gray overcast) can mean either rain or simply continued overcast. If the winds are out of the northeast to the south, then rain will occur in less than a day for alto-stratus clouds or 24 hours for alto-cumulus clouds. 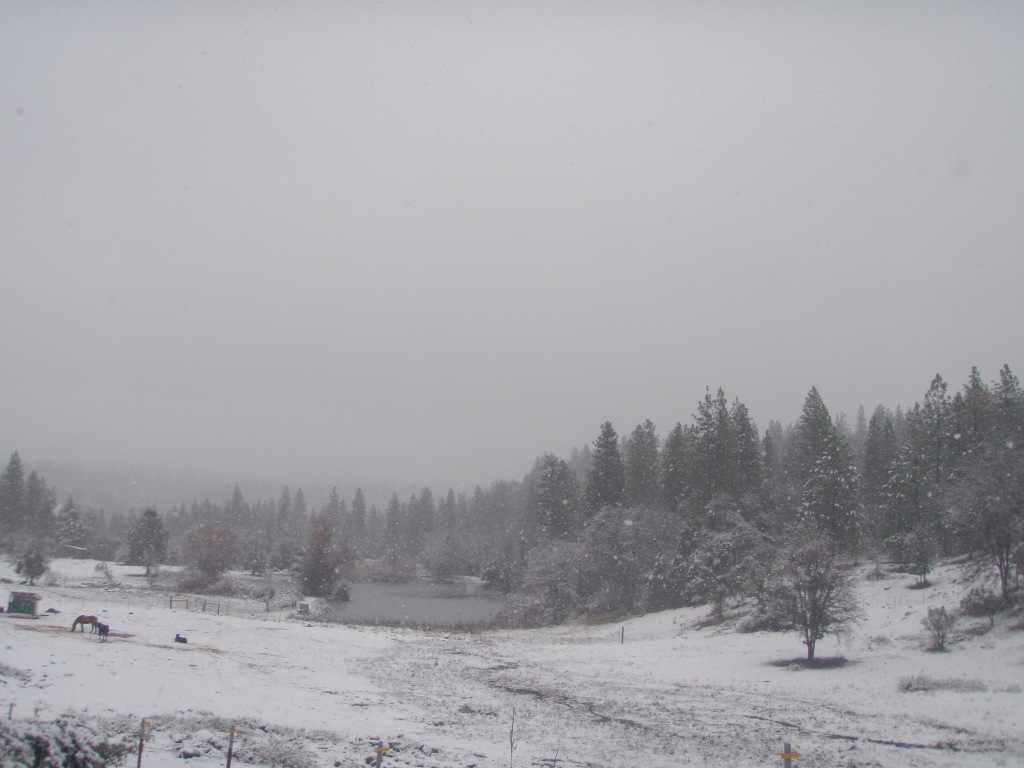 What I call a “snow sky.” From a distance, these clouds have a uniformly silver-gray sheen that you can’t mistake.

I’m pretty sure these principles were developed in more humid areas than mine. We often have cirrus clouds for several days and no matter what the wind direction, we don’t get rain. But southerly winds are much more likely to result in rain if cloud conditions are right. North winds almost invariably mean dry weather here. Other weather forecasting techniques involve barometric pressure, insects, animals and plants – I’ll cover those in another post. Now that you know the basic principles for clouds, try pitting yourself against the local forecaster. Good luck!