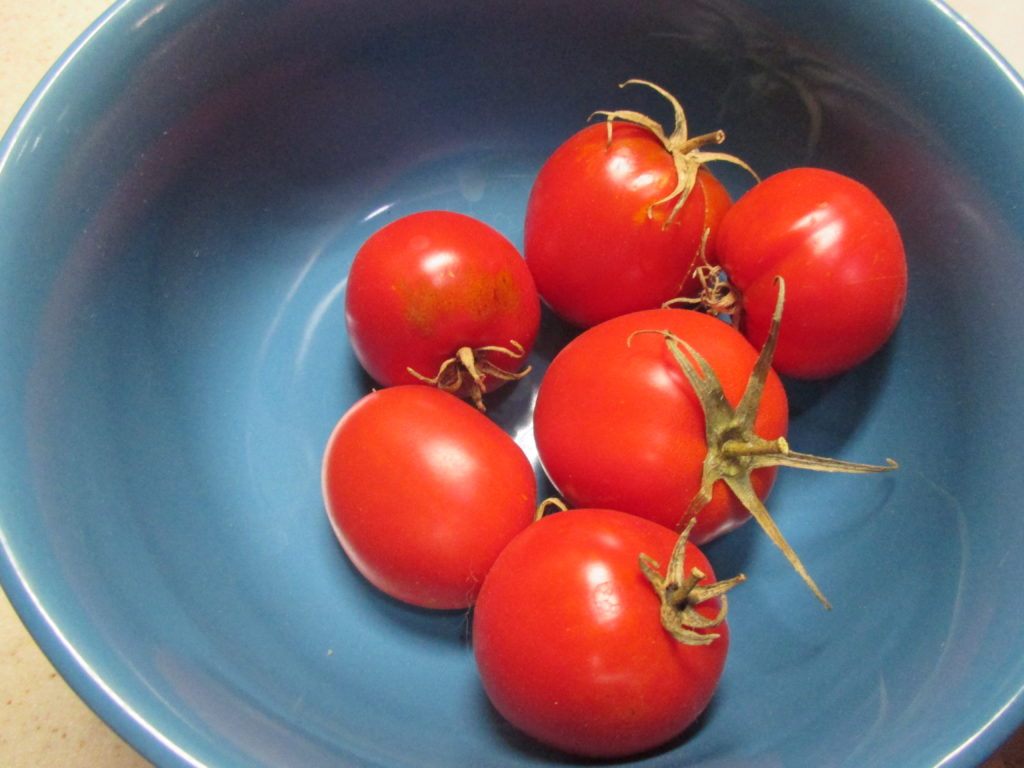 Readers may remember that I was given some leggy tomato seedlings last spring. While I was immediately impressed with the cherry tomato, I couldn’t get excited about the other one. The second tomato was supposed to be a stabilized open-pollinated variety derived from the hybrid Big Boy. The original Big Boy is an OK tomato, but this one had some deficits. First, it seemed to take a lot longer to ripen than similar tomatoes. Second, the skin was tough. Third, it didn’t really have very good flavor, especially when compared to my old standbys, Mortgage Lifter and Marmande. But the plants were in the ground, and they were free, so I let them take up garden space in the interests of a fair trial. The fact that I was busy and always behind and it was too much effort to rip them out and start over did not – of course – influence my decision. 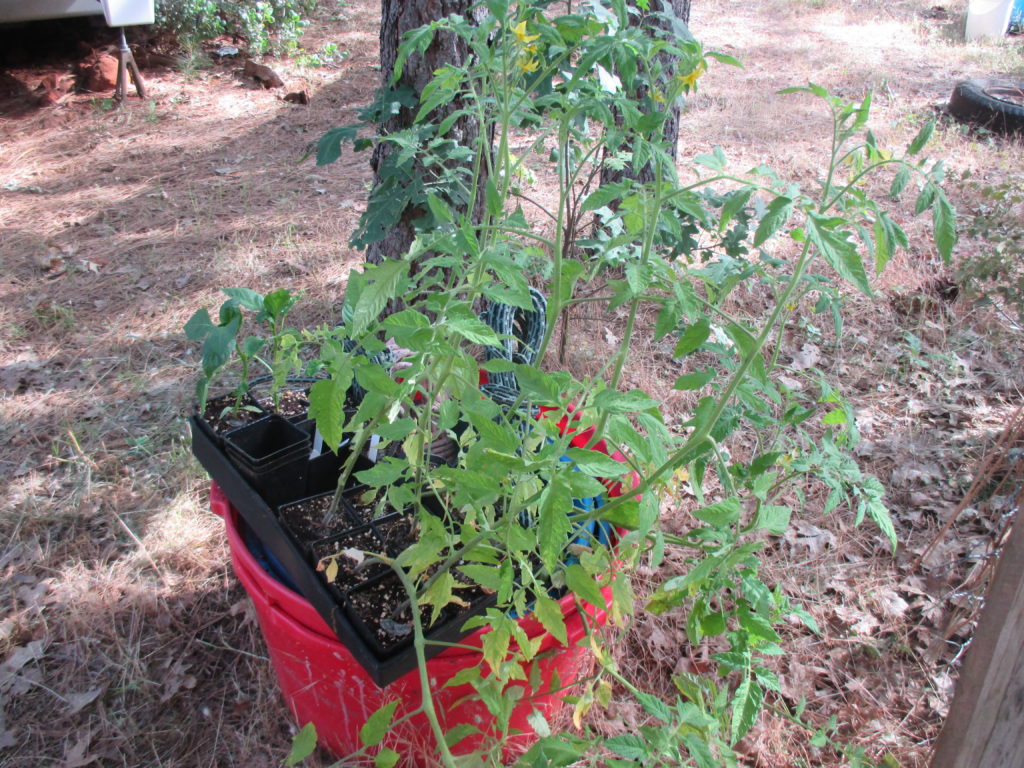 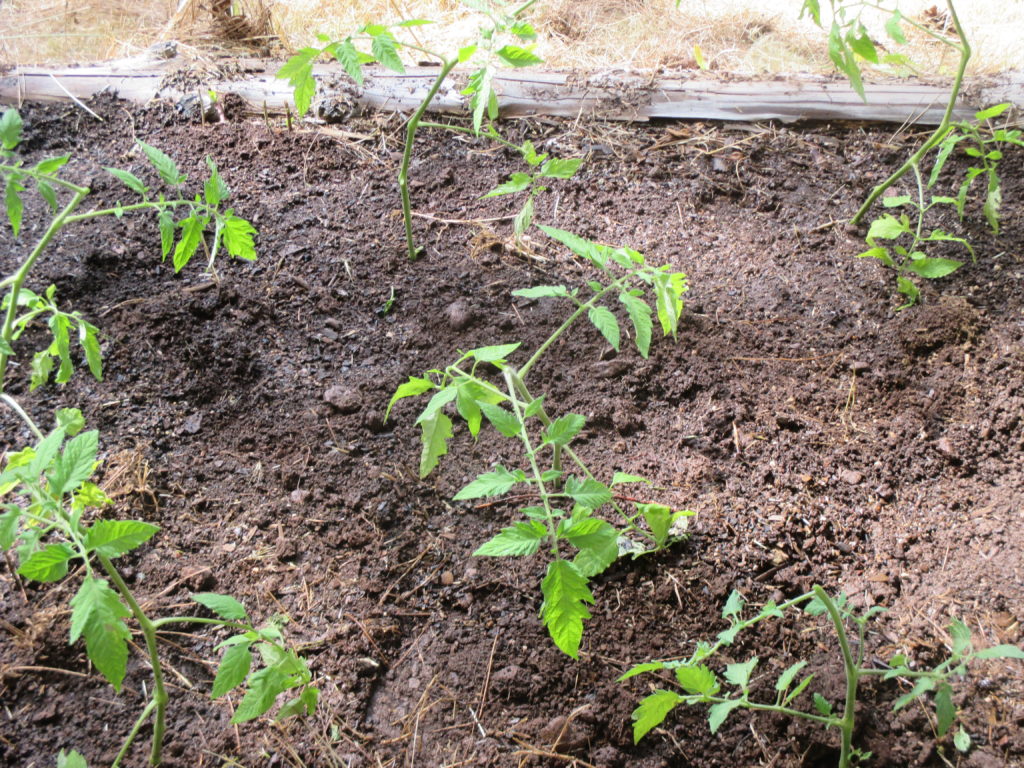 Fast forward to October. The tomatoes were still producing quite well, even though they still seemed to take longer to ripen. Finally, in late November, I picked them all because we were expecting a hard frost. Several were almost ripe. All had at least a tinge of orange. They sat in a bowl on the counter, gradually getting riper. Several weeks later, they were sweet, with just a touch of tartness for balance. The tough skin had thinned. Even after they were clearly fully ripe, it was as if they were in stasis. Only one showed any signs of deterioration. I finally ate the last of them Christmas week.
In retrospect, my mistake was assuming these were a summer tomato. Apparently, they are more of a late-ripening, long-holding tomato. They are more like Long Keeper (of which, I must admit, I have never been particularly fond). So, I guess I’ll rethink the idea of saving seeds from this tomato. Even when you’re an old gardener, it is possible to learn new tricks.