Raw milk butter; one of the healthiest fats out there and not a cause of high cholesterol.

I’m an old nurse. Literally. I graduated in 1968. When you spend half a century in the same career, you are uniquely positioned to evaluate the changes that have occurred in the medical field. If you pay attention, you can begin to put things together and identify certain trends. One of those trends is how “normal” health indicators have changed in the course of those fifty years. That is not a good thing – in many cases, what was once considered normal is now considered a disease. And of course, a disease must be treated, preferably with the newest and most expensive medication. While treatment lines the pockets of the drug companies, it often does the patient no good.
The High Cholesterol Myth
Lots of people track their cholesterol levels and agonize over the numbers. Doctors scold those who “aren’t low enough.” To what end? I’ve talked about this before, but there is plenty of evidence that high cholesterol has nothing to do with heart disease. You need it for brain and nervous system health; your body will make it if necessary. Even the most die-hard believers in the conventional medical establishment have finally admitted that dietary cholesterol doesn’t raise your cholesterol levels. So it’s disheartening to see how many people are on statin medications, which may lower their high cholesterol levels but otherwise do them no good and in some cases do active harm. 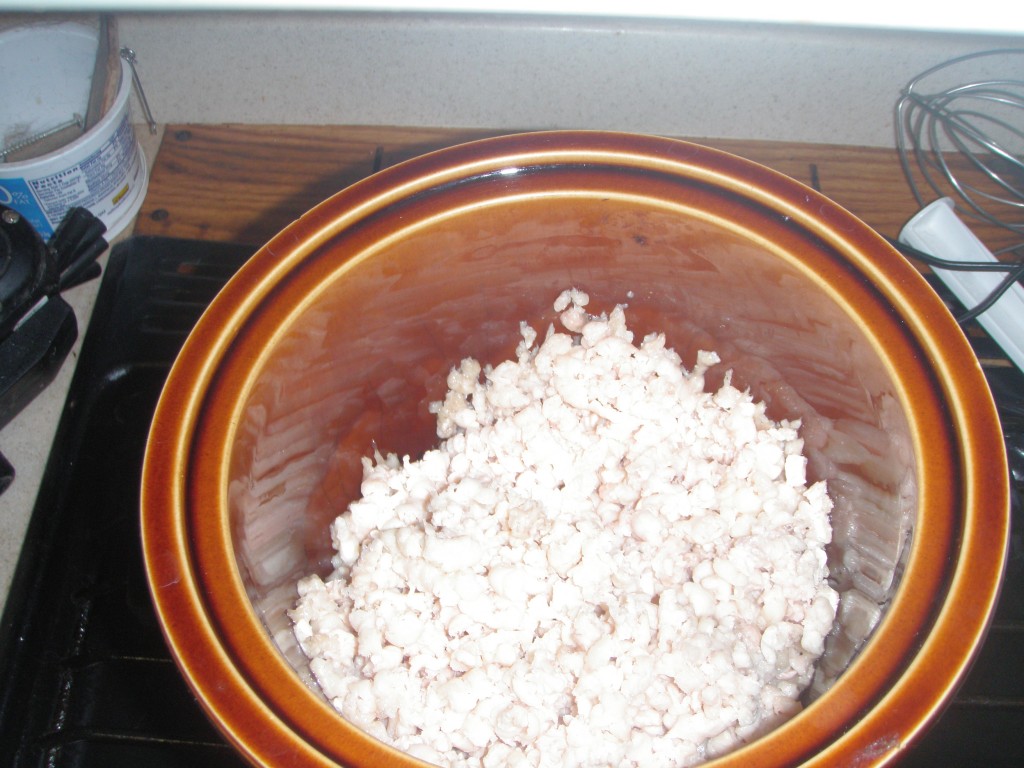 Ground beef fat in the crockpot, ready to render.

Normal vs. High Cholesterol
Cholesterol levels vary widely in healthy people (by the way, they normally tend to be higher as you get older). The levels in healthy people range from 105 mg/dL to 343 mg/dL. When I graduated, a normal cholesterol level was around 220 mg/dL. These days, normal is supposed to be less than 200 mg/dL. Data on cholesterol levels over the years indicates the average (that doesn’t mean it’s healthy) cholesterol has dropped from 222 mg/dL in 1960-1962 to 203 mg/dL in 2002. During roughly the same period, statin use increased 24% in men over age 60 and 22% in women of the same age. Hmmm – a normal rise in cholesterol has now been dubbed a disease, which means there’s a market for statins. Anybody smell a rat? Even more important, evidence is beginning to emerge that high cholesterol is a biological anti-inflammation tactic. In other words, the real problem is increased inflammation, which your body is fighting by producing more cholesterol. The primary causes of inflammation? Dietary sugar – especially high-fructose corn syrup – a sedentary lifestyle, chemical or toxin exposure, stress and diabetes.
Benefits of Cholesterol
Take this to heart – cholesterol is essential to life. You have cholesterol in every cell membrane. It insulates nerve cells. Without adequate cholesterol, your body cannot build cell walls. It’s a critical component of bile, which is made in the liver and helps digest fats. Liver damage, by the way, is one of the most common side effects of statins. Your body uses cholesterol to make vitamin D and many hormones. There’s evidence that it helps support the immune system, is used in serotonin uptake (which helps you sleep and stay calm) and may serve as an antioxidant. Stored in the liver, it is sent to areas where there is inflammation and tissue damage to help promote repair. It’s also the main dietary source of B-choline, a critical vitamin for the nervous system. So when your doctor says, “You have high cholesterol” and offers statin medications, you might want to answer, “PASS!”
Think about it.