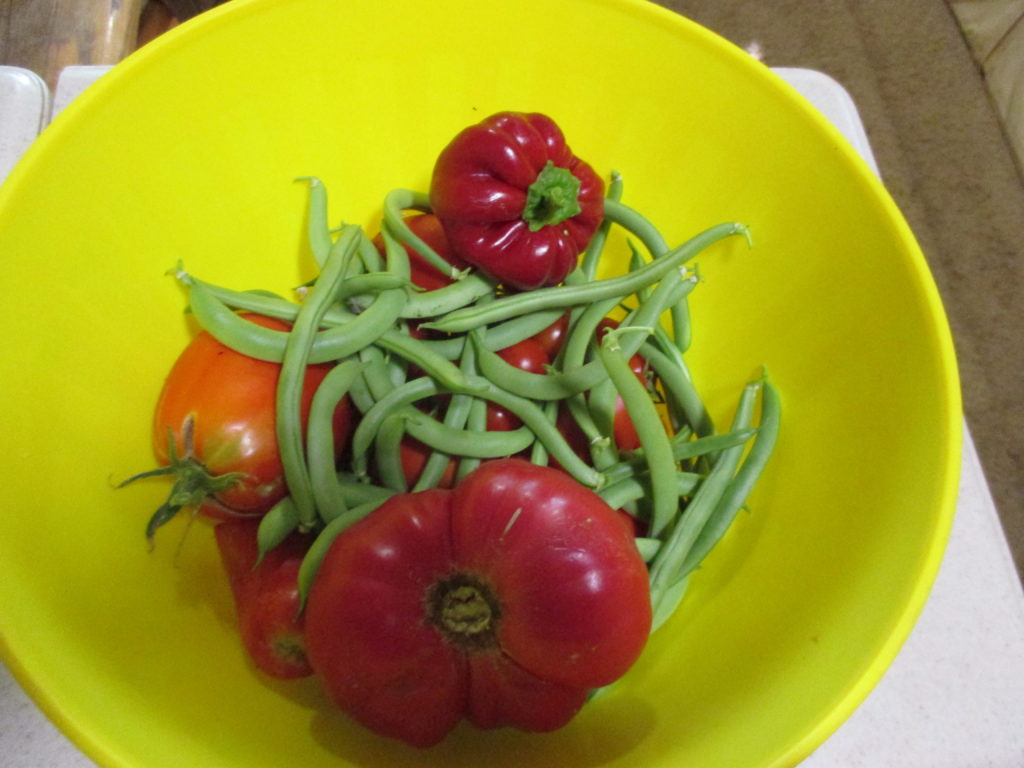 Diversity is a big deal in the workplace and on the street these days. It’s an even bigger deal in the garden. Once upon a time when I was young, we could make assumptions about gardening weather and be reasonably sure they would pan out. Today all bets are off. The best you can say is there will be some hot weather, some cold weather, some wet weather and some dry weather. The kicker is that you can never tell when each of those will occur. We’re now having extended dry spells in the middle of what used to be our rainy period (November-January). I have had frost at the end of May. We used to be able to count on a thumping good rainstorm around the end of August, but dry weather in late June and July for making hay. In addition, there are changes in insect populations – both predators and beneficials – which can affect pollination or increase insect damage. 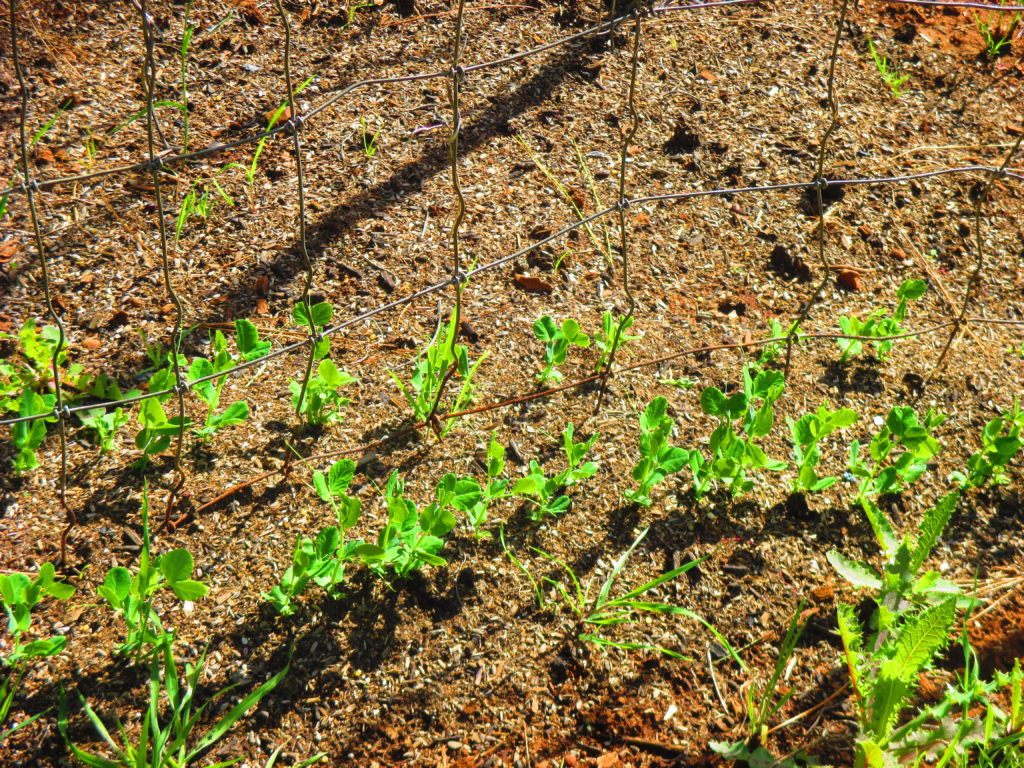 Amish Snap peas next to a trellis.

All these changes mean the gardener better be adaptable. Choosing varieties should take into account that the plants may need to face excessive heat, lack of water or inadequate heat to ripen – and remember, stressed plants are more susceptible to insect damage and disease. The diversity of your plantings may mean the difference between having the food to get through the winter or having to rely on the store-bought stuff. Since I prefer to garden as if there was no such thing as store-bought food, I try to hedge my bets by planting several different varieties of my staple foods. A staple food to me is one that’s adapted to my gardening practices and climate, produces well, rarely suffers insect damage or disease, and tastes good. These are the things I grow every year. On the other hand, it’s worthwhile to try a few new things every year as well – you never know what you’ll find out there. Decisions, decisions. I was sorting through the seed bank in my bedroom closet today and making choices based on these characteristics.

Here’s what goes in the garden every year:
Cole Crops – De Ciccio broccoli, Lacinato kale, Early Jersey Wakefield and Red Acre cabbages. We only eat these in fall and winter, as our hot summers prevent them from heading.
Cucumbers – National Pickling is an oldie and goodie; it does better in my garden than the similar Boston Pickling. For eating I like old-fashioned Lemon and the Australian Crystal Apple, especially since they are thin-skinned and don’t need peeling. Straight Eight is good but unpredictable in my garden, so it’s not a mainstay.
Dry Beans – Great Northern Shell, Pinto and Marrow Fat Half Runner are my go-tos. I’m going to try Mama’s Cannellini this year as it’s a pole variety; sometimes I have room for a few poles but not a larger space for bush beans.

Green Beans – Rattlesnake pole beans are hands-down the top choice for me. Yes, they need a trellis, but they consistently produce until late fall. I also like Pencil Pod Black Wax (yellow semi-runner), Black Valentine (green snap bush) and Royalty Purple Pod in either bush or pole form. All of these do well and produce heavily in both hot and cooler summers. Notice that I have diversity of growth habit and color in these, which makes them fit into different gardening situations and supplies different nutrients.
Lettuce – Black Seeded Simpson and Parris Island Cos Romaine can handle the summer heat with extra water and some shade. Rouge D’ Hiver is good for a late fall/winter lettuce.
Onions – New York Early and Red Wethersfield. I also am never short of green onions, as I replant the bottoms multiple times after using the rest. I don’t even know what variety these are any more, but I always have green onions in the garden – they’re perennial and will also reproduce from seed.
Peas – Amish Snap, like the Amish Paste tomato, is a consistent producer in our short, rapidly warming springs.
Peppers – Jimmy Nardello for cooking and California Wonder for eating.
Potatoes – German Butterball is tough, productive and will even winter over. It stores in the garden for several months without winter protection. Once you plant it, it’s nearly impossible to eradicate. I invariably have volunteers even two springs later from tiny potatoes I didn’t get harvested.
Summer Squash – Early Straightneck Prolific is the best producer I have, although Cocozelle runs a close second. Black Zucchini is pretty good, too. Again, note that with multiple colors I get diversity of nutrients.

Those orange cherry tomatoes came from these leggy seedlings; not the best start in life but they produced well.

Tomatoes – Amish Paste can be used for fresh eating, canning and roasting. It’s an indeterminate, so needs staking. I have never had a crop failure with this tomato. St. Pierre and Rutgers are both multi-purpose for eating, canning and sauce. Much as I love Mortgage Lifter and Marmande, neither is a consistent high producer. They’re treats, not the main crop. I also have seeds from a mystery cherry tomato my daughter got from a store customer last year. Bright orange, they fit all my requirements, so I saved seeds and will grow them for a few years to see if they keep up that level of performance.
Winter Squash – Pennsylvania Dutch Crookneck. Lots of squash, keeps well, tastes good and is easy to peel – what’s not to like? For back-up, I also like Butternut. Hubby likes spaghetti squash, but it doesn’t store well, so I grow a few but don’t consider it a mainstay.
I grow plenty of other stuff, depending on space and time limitations, but these are the varieties I come back to year after year. What are your tried and true favorites to assure diversity?