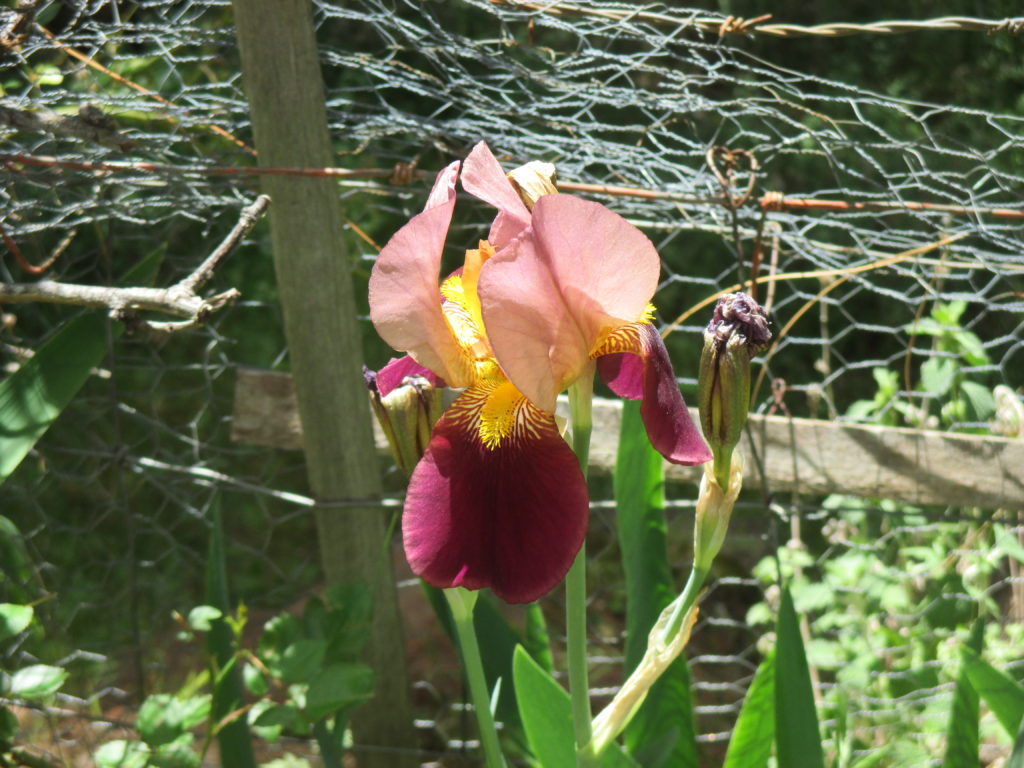 I know, I know, I’m hipped on the subject of heirloom vegetables and fruits. I’m the same way about heirloom flowers. Part of it’s my fascination with history, but it’s also because heirloom flowers have so much to offer. What brings this up is a recent foray to my neighbor one place over. When she bought her place it came with a neglected garden full of all sorts of interesting things. In particular, she has beds loaded with old iris plants and offered to share. 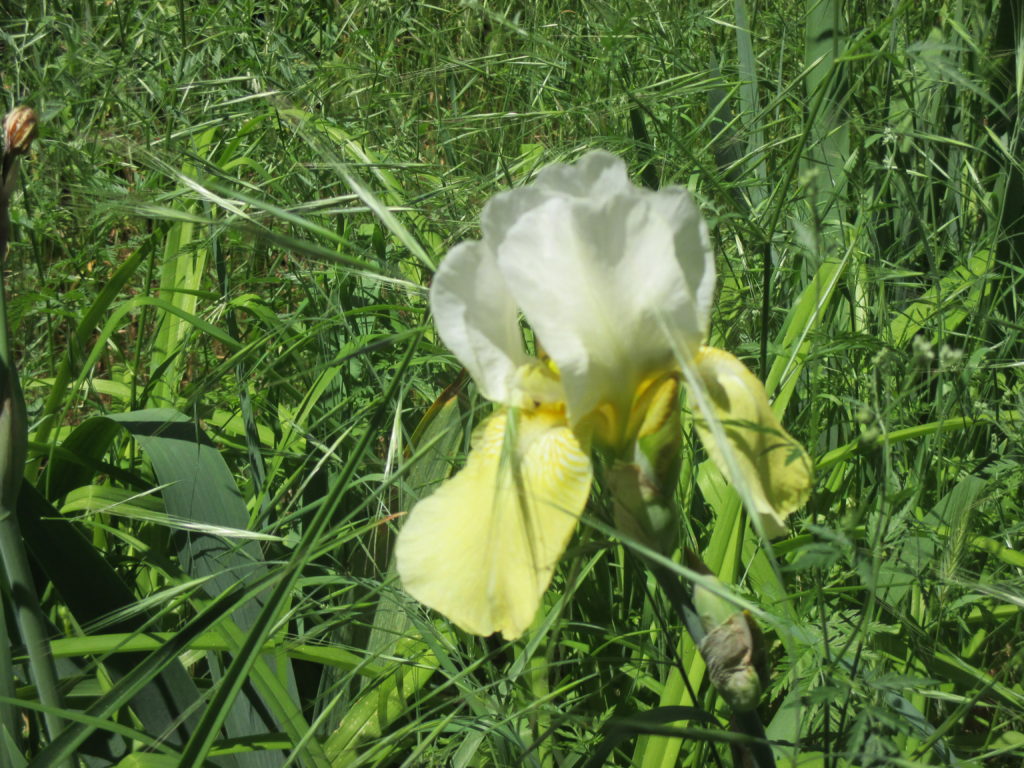 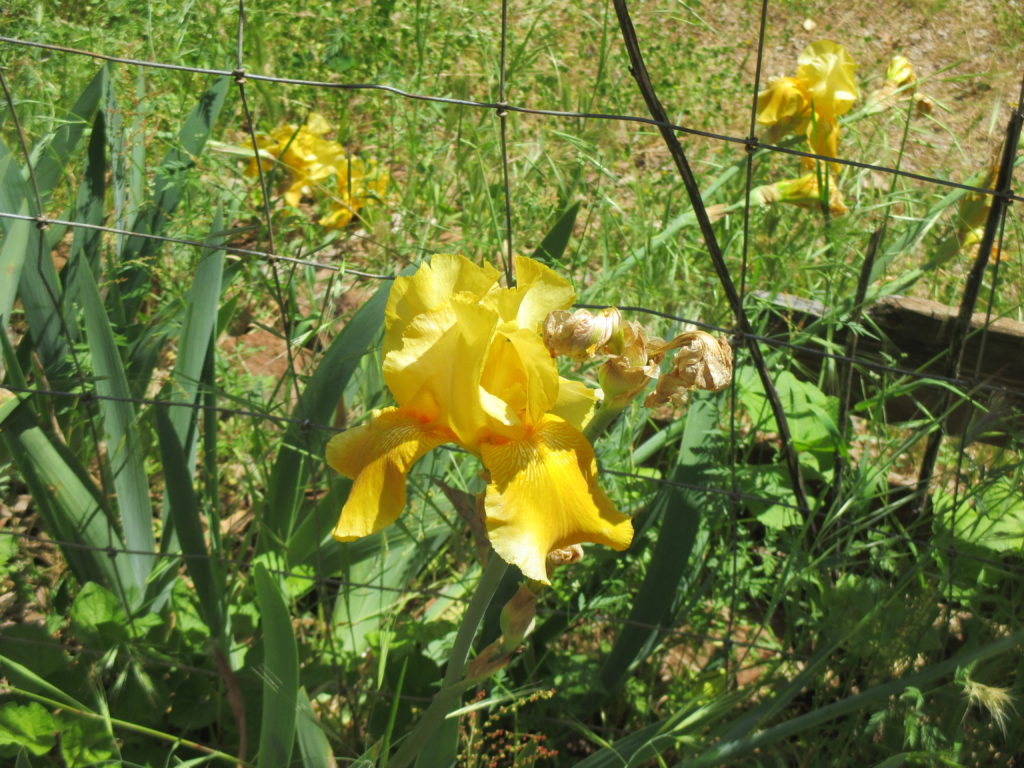 In my experience, iris are one of the toughest plants there is. At our old house, I would dump excess thinnings out in the back forty. Said dumps usually took place in the early spring, which meant the dumpees went through a blazing summer and about six months without any water. I didn’t plant these iris or give them any care, just tossed them in piles on top of bare ground. Invariably, within two years I would have thriving clumps of heavily blooming iris. 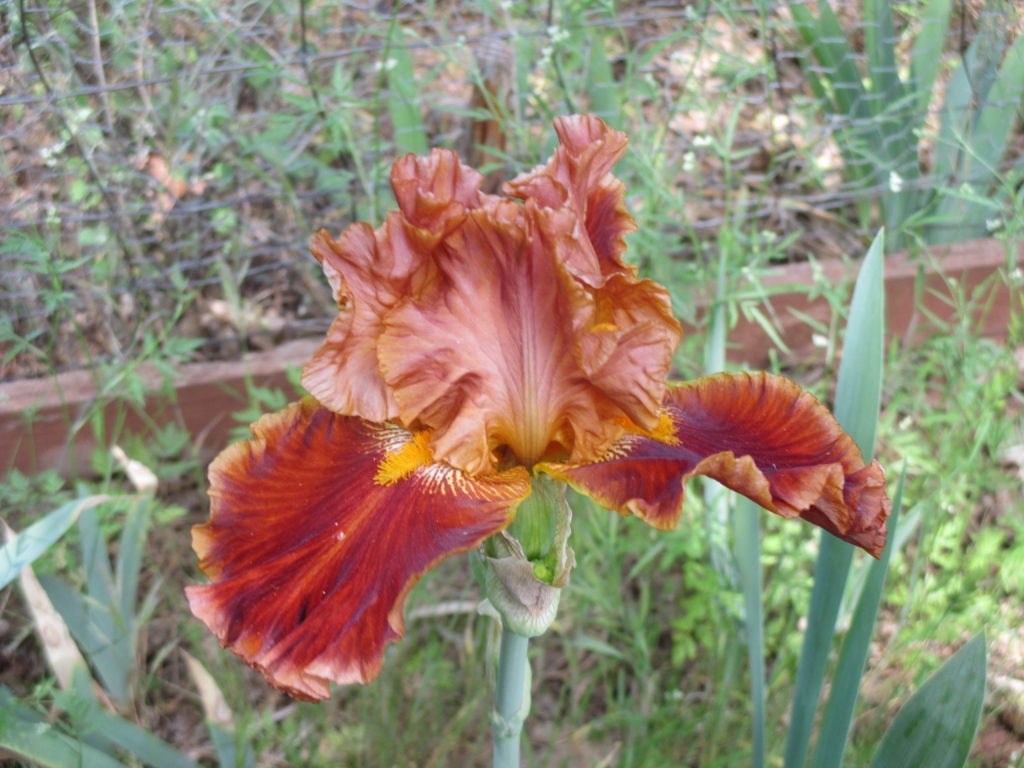 The iris at my neighbor’s place were probably planted over the last 30 years or so. Apparently the grandfather of the man from whom she bought the property was an iris fancier; his daughter carried on the tradition. She also had other bulbs like narcissus, rosebushes and a scattering of perennials like lychnis, or rose campion. The latter was one of Thomas Jefferson’s flowers at Monticello and has been grown in Europe (it’s native there) for centuries. The gray, hairy stems earned the plant the nickname of Dusty Miller and the flowers are a deep fuchsia red. It self-seeds readily, as do many heirloom flowers.

So what are heirloom flowers? Originally, those in the horticultural world defined an heirloom as a plant discovered or registered before 1938. In some cases, there are so few surviving old varieties that they are much younger than that. Gladiolus are one example – most of those available are 60 years old or less; none survive from earlier periods like the 1800s, when hybridizing of these flowers first began. In roses, the term “old garden rose” generally refers to an heirloom variety. The other term used for heirloom flowers is “antique flowers,” although I think that’s a little misleading. In furniture and household goods, antique means more than 100 years old. Younger than that, it’s a collectible. 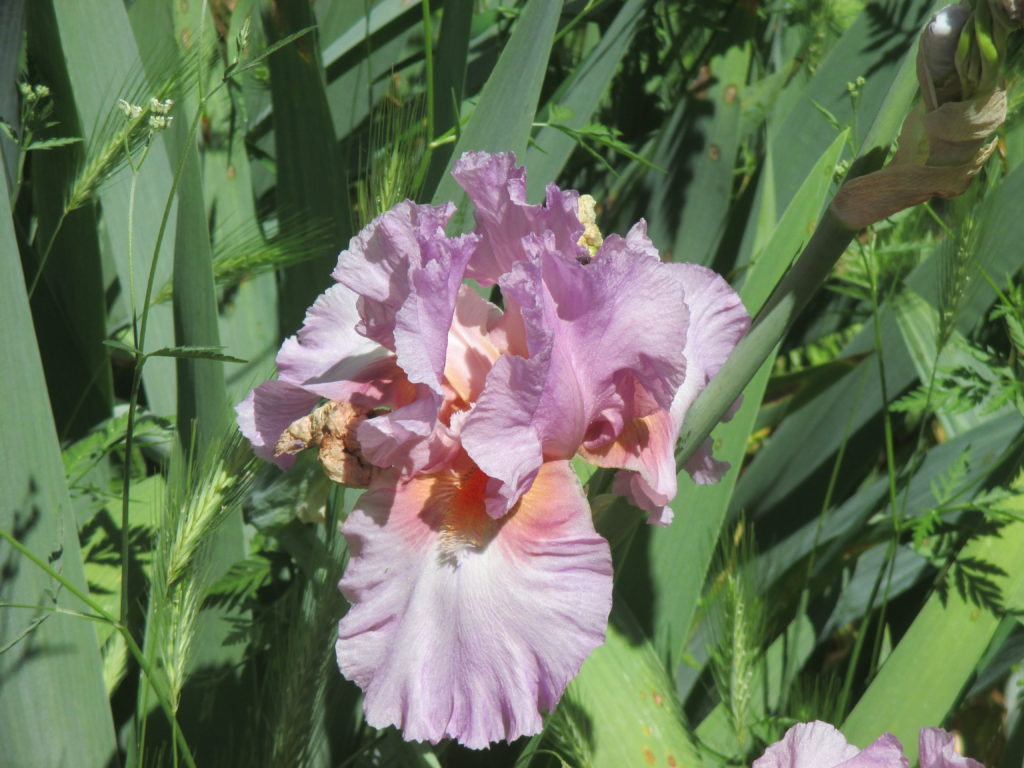 Like their fellows in the vegetable garden, heirloom flowers offer a lot. One of the most noticeable is the scent. Modern roses, for example, may look gorgeous, but many have no scent whatsoever. Another is growth habit. Unlike hybrid teas, which win the good little soldier award for their neat, upright growth habit, old roses are often blousy, rambling collections of stunning colors and scents. Rosa Gallica has been around since the days of the Roman Empire. The pink and white stripes of Rosa Mundi – named for Rosamund Clifford, mistress of King Henry II of England, have been gracing gardens since the 12th century. Souvenir de La Malmaison grew in the gardens of Napoleon’s Empress Josephine. These roses are often grown on their own rootstock, which means you can easily grow more by cutting off a bit of root and growing it on. Many also produce hips, which are rich in vitamin C and can be made into an immunity-boosting syrup. 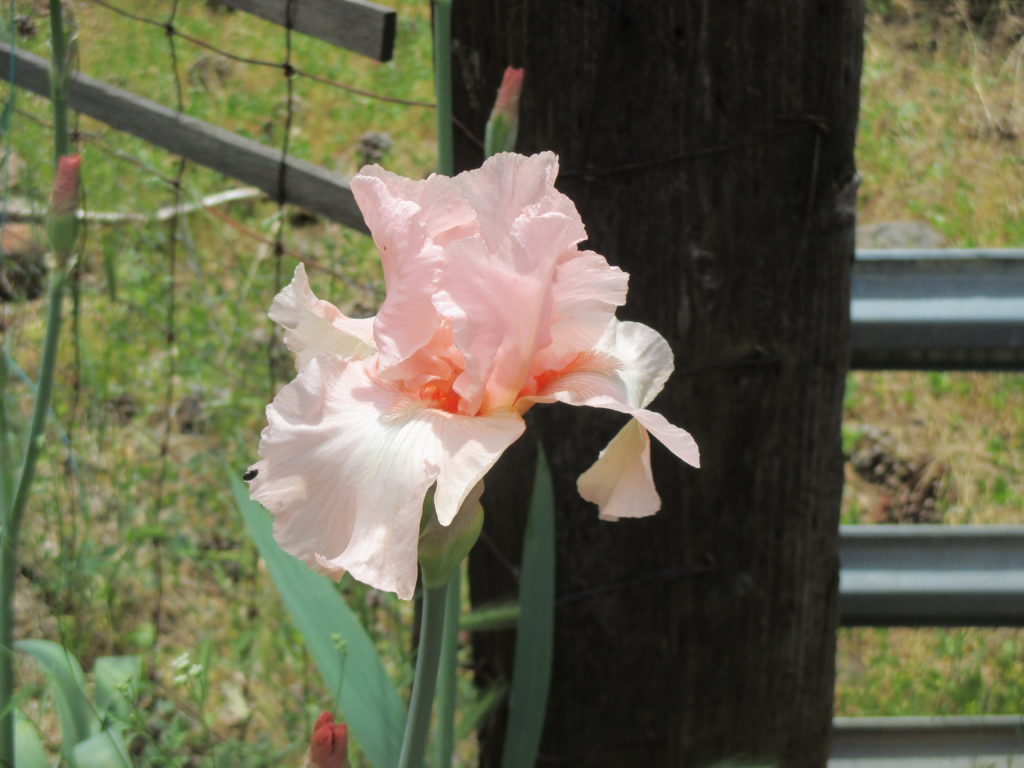 Good sources of heirloom flowers can be found on line. Old House Gardens and Van Enlgelen offer primarily bulbs and tubers. Select Seeds, Southern Exposure Seed Exchange and Seed Savers Exchange offer such goodies as Black Hollyhocks (1629), Love-Lies Bleeding Amaranth (1810 seed list, but probably back to the 16th century) and Painted Lady Sweet Peas (1797). For heirloom roses, check out Roses of Yesterday, Today and Tomorrow, the Antique Rose Emporium and Heirloom Roses. In the meantime, I will be tucking such iris goodies as Indian Chief (1924), Southland (1934), Mystic Melody (1949) and the luscious Beverly Sills (1979) into my garden. Thanks, Carol!