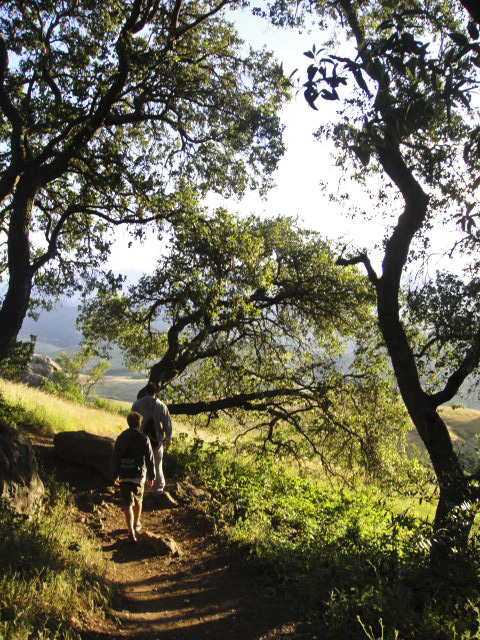 I’m an old nurse. Literally. I graduated in 1968. When you spend half a century in the same career, you are uniquely positioned to evaluate the changes that have occurred in the medical field. If you pay attention, you can begin to put things together and identify certain trends. One of those trends is how “normal” health indicators have changed in the course of those fifty years. That is not a good thing – in many cases, what was once considered normal is now considered a disease. And of course, a disease must be treated, preferably with the newest and most expensive medication. While treatment lines the pockets of the drug companies, it often does the patient no good.

Mental Illness in History
There are few medical conditions more unsettling to the average person than mental illness. Part of that may be the unpredictability of someone with serious mental illness – certainly people with acute psychosis are scary and dangerous. Primitive people often believed that mental illness came from the gods. Hallucinations meant the afflicted person was speaking to a deity. Sorcery and witchcraft were considered other possible reasons for mental afflictions, as was the idea of demonic possession. Mental illness has clearly existed for thousands of years – odds are high that King Saul of the Bible had bipolar disorder. Other famous people who struggled with mental illness included Issac Newton and Ludwig van Beethoven (probably bipolar disorder), Winston Churchill (depression), Thomas Jefferson (severe anxiety disorder), Vincent Van Gogh (schizophrenia) and Princess Diana (depression and bulimia).

The Rise of the DSMII
The origin of the International Classification of Disease (ICD) manual goes back to the 1860s as a way to track causes of death. In 1949 mental health disorders were added for the first time. The Diagnostic and Statistical Manual of Mental Disorders (DSM) was originally a way to collect statistical information on mental illness. It belongs to the American Psychiatric Association, which makes about $5 million a year from the publication of this manual. Critics (including, interestingly, the National Institute of Mental Health) say it’s unscientific and subjective. Other criticisms: it may be neither valid nor reliable, it relies on superficial symptoms, it uses artificial dividing lines between normal and abnormal behavior, it is probably culturally biased and it medicalizes human emotions and distress. But it is also the gold standard for payment systems and as with diabetes, hypertension, cholesterol and obesity, once you have a diagnosis, it becomes a medical issue that must be treated with increasingly expensive drugs.

Mental Illness and Medications
Some kinds of mental illness seem to be increasing in America. Anxiety and depression, for example, clearly climbed between the 1930s and 1990s. Actually, what was once called anxiety is now more likely to be called depression. As advertising for antidepressants increased in the 1960s, patients who were once diagnosed as anxious were now diagnosed as depressed and given medications for that condition. Robert Whitaker, author of Mad in America and Anatomy of an Epidemic, makes a good case that the increased numbers of those disabled by mental illness result from the use of psychiatric drugs. In 1987, the disability rate for mental illness was one in every 184 Americans; by 2007 it was one in every 76. In his own words: “Although psychiatric medications may be effective over the short term, they increase the likelihood that a person will become chronically ill over the long term.” Specifically, says Whitaker, bipolar illness almost never occurred in children prior to puberty until doctors started prescribing stimulants for ADHD and antidepressants for depression. Other studies on medications for schizophrenia support Whitaker’s stand against long-term use of psychiatric drugs. Unfortunately, as in other areas, those like Whitaker who point out the emperor’s derriere is flapping in the breeze are attacked.

So What Does Work?
The answer to that question is – it depends. Something like PTSD is an acquired disorder in most cases; exposure to trauma, such as child abuse, sexual abuse or combat, causes mental and physical symptoms. Mental illness with a genetic component seems to be a horse of a different color. However, there are some possibilities.
• Improving Sleep Patterns – I once worked with a psychiatrist in a community health center, and we were trying to develop a quality improvement indicator for the department. I asked her, “How do you know when people are getting better? What’s the first thing that changes?” She said, “People start to sleep normally.” There’s no question that people who are chronically sleep-deprived are more likely to have symptoms such as depression and anxiety. I suspect that part of the problem in combat-induced PTSD is lack of sleep.
• Exercise – exercise helps balance chemicals in the brain called neurotransmitters. It’s been found helpful in treating depression, anxiety, schizophrenia and ADHD. Mind-body disciplines like yoga and tai chi seem to be beneficial across the board.
• Nutrition – if you are eating garbage, your brain is going to suffer. While the research on sugar and hyperactivity in children shows mixed results, I personally know that it makes me feel wired. Inadequate amounts of Omega-3 fatty acids are a problem for many; young people treated with Omega-3s for first-time psychosis seem to have a decreased risk of developing chronic schizophrenia. Children’s brains need saturated fat for proper development. Adult nervous systems also need high-quality fat. Could the low-fat diet craze of the last 60 years have something to do with increased rates of mental illness? I’d say odds are high.
• Vitamins – the minimum daily requirements for vitamins are way too low in most cases. As with baking a cake, if you don’t have the right ingredients, the resulting dish – in this case, mental health – is not going to be very good. Folate is being used to treat depression and schizophrenia. The B vitamins in general seem to be helpful in depression, dementia and in improving cognitive declines. Magnesium is also helpful for many people.
• Supplements – many supplements seem to be helpful precursors for neurotransmitters. Julia Ross (The Mood Cure) uses these in her practice. Among them: 5-HTP, tryptophan and melatonin for sleep, and tyrosine for energy and elevated mood. Ross is adamant that these must be combined with better eating and a good-quality multi-vitamin/multi-mineral supplement. She finds that once people’s nutrition improves with diet and basic vitamins/minerals, other supplements aren’t usually needed except occasionally in times of high stress.
• Cognitive Behavioral Therapy – this form of psychotherapy helps people learn to think differently. The brain develops neural pathways – habits of thought – some of which can be destructive. Neural pathways literally become part of the structure of the brain. CBT can help reverse this trend and restore the brain structures to normal.
• Combined Therapy – when CBT is combined with animal therapy, art therapy, music therapy or wilderness therapy, it seems to be even more effective.
• Herbal Treatments – sadly, herbs don’t get studied as much as medications, because there isn’t as much money in it. But St. John’s Wort can be helpful for mild to moderate depression and valerian improves sleep, as does passion flower.

None of the above are likely to actually cure mental illness, but neither do medications. These activities can, however, help you manage your condition, just as exercise, eating saturated fat and limiting carbohydrates helps manage diabetes. It’s very important not to ignore or make light of symptoms of mental illness, especially if someone starts talking about suicide. But, as with many other “diseases” and medical conditions, there are people and organizations out there with definite agendas. Those agendas are not always good for the patient.
Think about it.