To err is human, but when the eraser wears out ahead of the pencil, you’re overdoing it – Josh Jenkins
Those oops days – we all have ‘em. Sometimes it’s because someone goes through or over a fence in the middle of the night and gets herself bred out of season. Sometimes it’s because you overestimate the strength of a chicken coop. Sometimes it’s because no one taught you basic skills when you were young, so you’re not in the habit of picking up after yourself.
Sometimes the oops moment is related to your overstuffed memory. I’ve always said that as we get older, our brains get full. According to the researchers, it’s not so much that your memory gets worse as you get older. The problem is you have more trouble retrieving certain things. The stuff is there – when you wake temporarily at 3 AM, it will pop out the location of X or the last name of Y – that fact you couldn’t pull up some hours earlier. You just can’t get to it at the instant you need it. When I’m trying to excavate that little detail I know I know but can’t get out, I have a vision of a tiny little file clerk with rolled up sleeves and a green eyeshade, frantically running up and down the aisles of a mammoth storage facility like the one in Raiders of the Lost Ark, looking for that nugget of information I need.
To that end, some of the more noticeable oops occasions we’ve had around here. 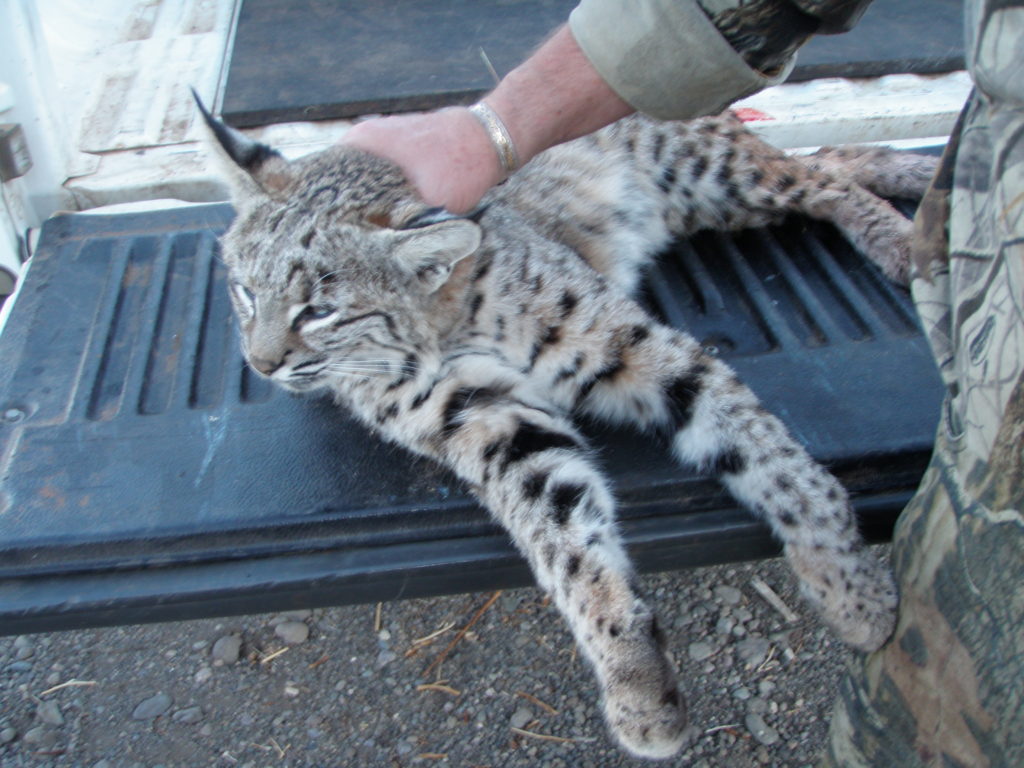 In this case, the oops moment was on the part of the bobcat, who tried to come hunting our chickens when hubby was outside with a rifle. 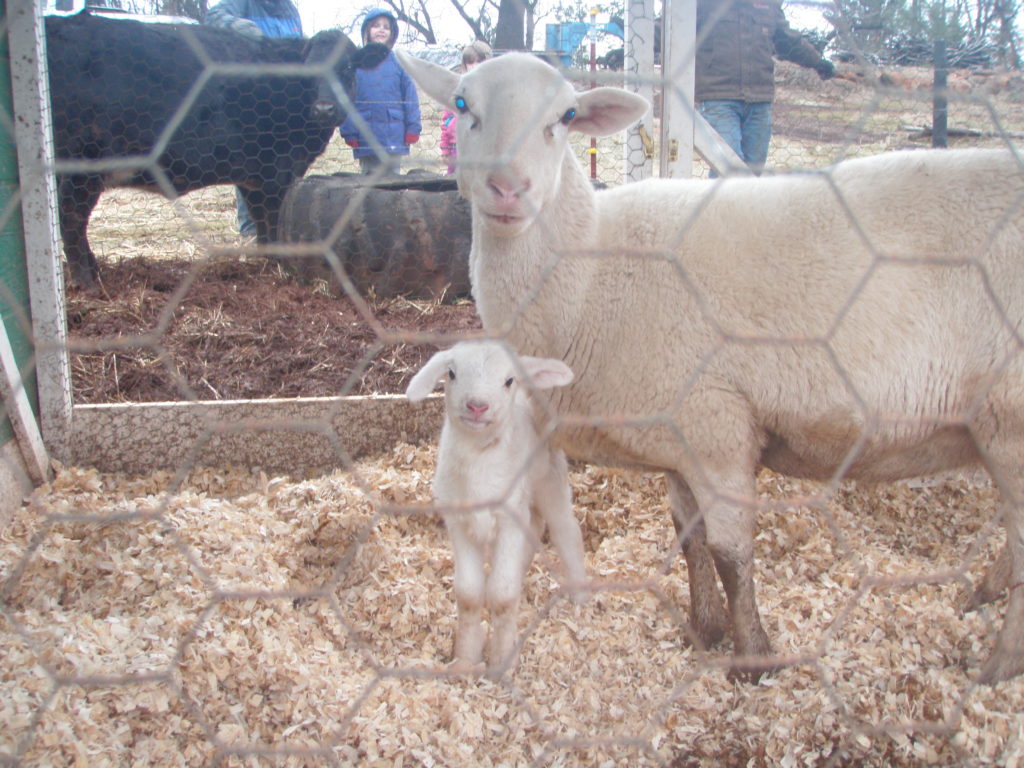 Mama went over a fence to get herself bred out of season.

As you can see from the winter clothing (there’s also snow on the ground out of sight), this was a much-too-early baby. 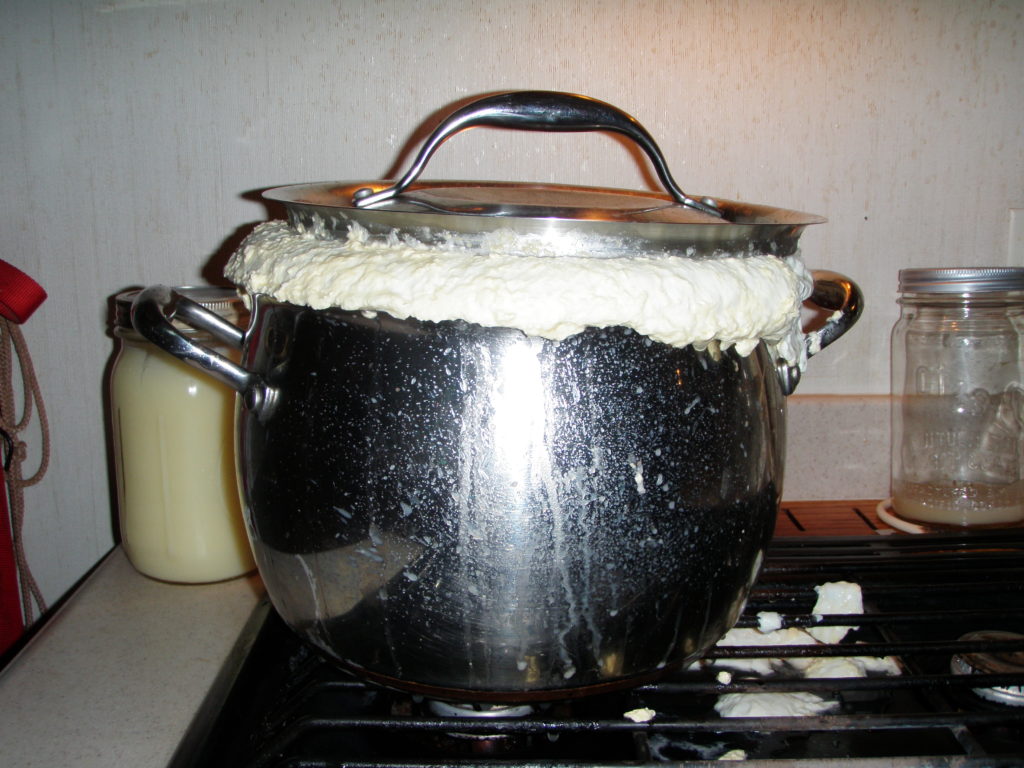 Well, at least the chickens loved it…

In my early cheese-making days, I forgot I had added the rennet in late afternoon and left the pan overnight. This greeted me the next morning. 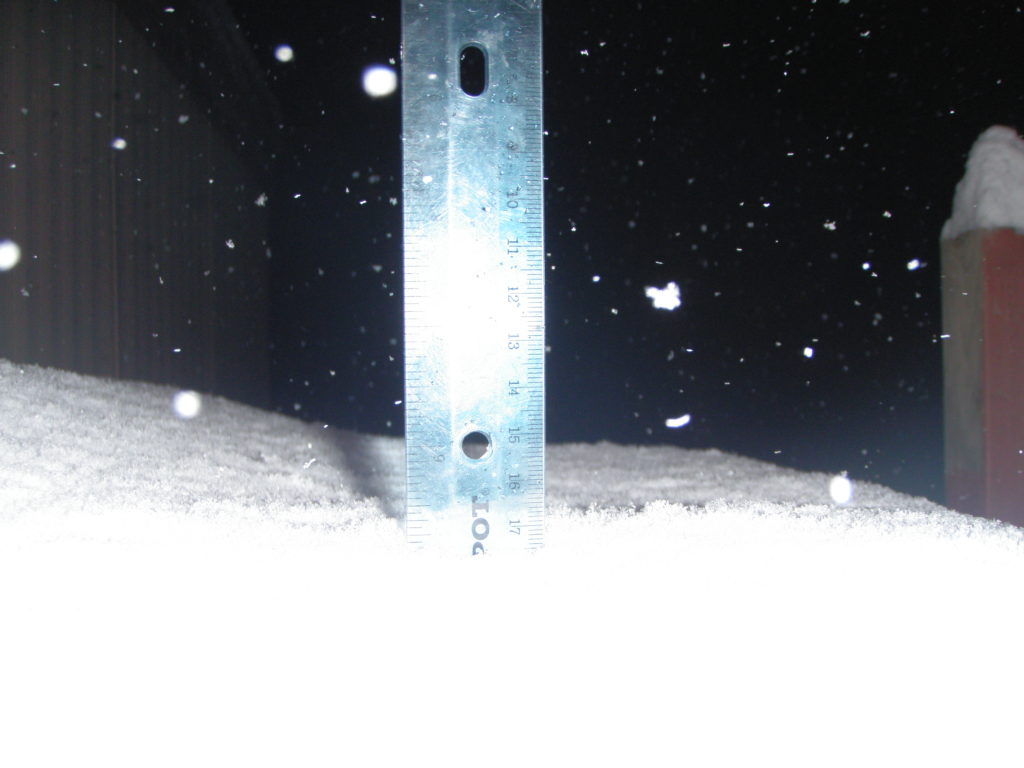 NOAA oops moment – the prediction was for two inches. 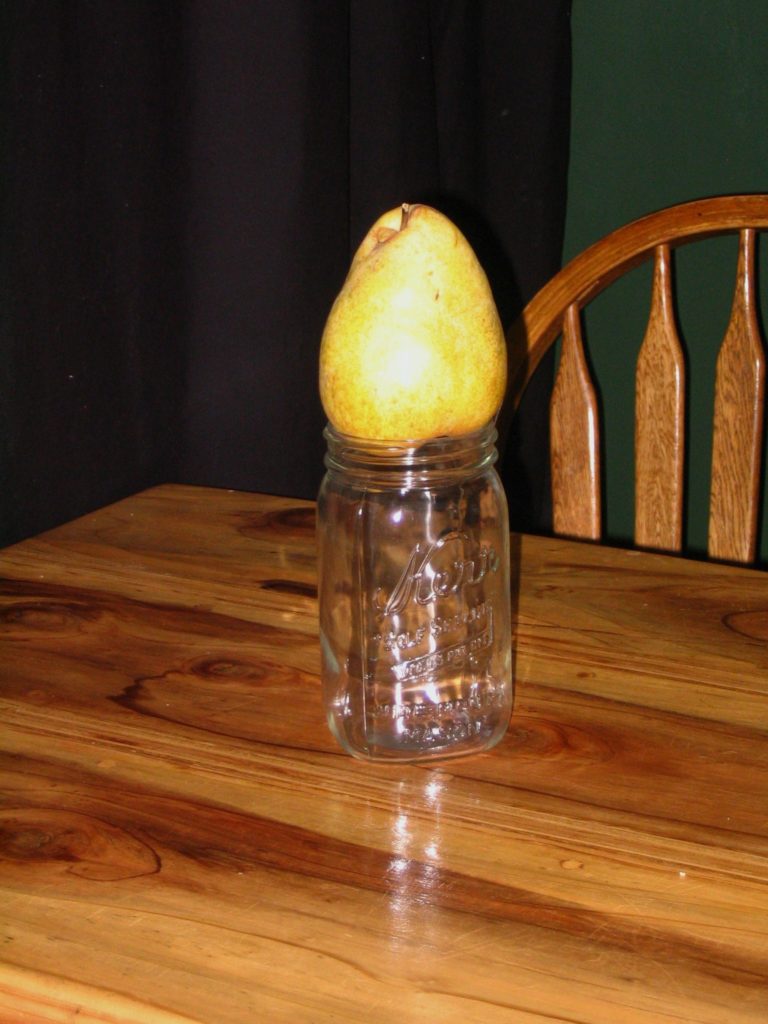 A surfeit of pears.

Guess these pears will have to be sliced for canning. 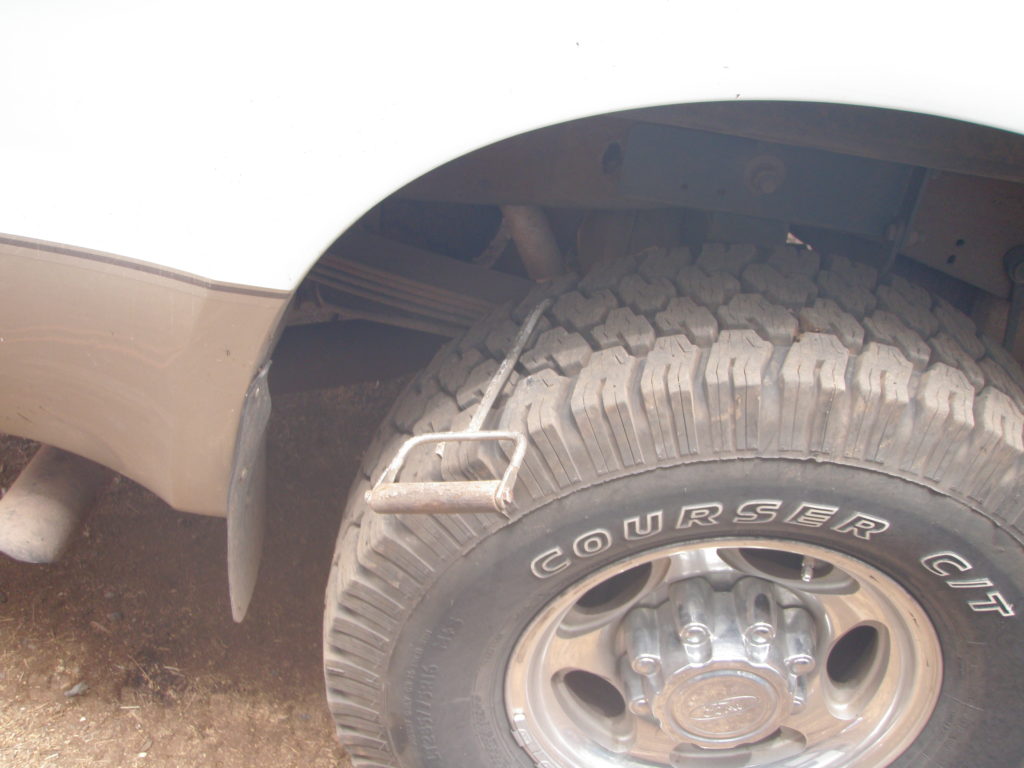 This tire fiasco was because the guys hauling hay (not any of us, they were hired for the job) didn’t count hay hooks when they were done.

The bear enjoyed his chicken dinner; the chickens – not so much.

Ventilating the chicken tractor with hardware cloth over the openings was OK when it was in the stallion’s pen – Sox kept the nosy neighbors at bay. When we moved it to higher ground where the stud couldn’t patrol, a local bruin came to visit.
A clever man (or woman, says Bee) commits no minor blunders – Johann W. von Goethe (In other words, the smarter you are, the worse you screw up. If that’s the case, we have several geniuses around here…)

This entry was posted in Farms, Random Thoughts and tagged bear, chickens, hay hooks, mistakes, NOAA, oops, pears, Raiders of the Lost Ark, to err is human. Bookmark the permalink.