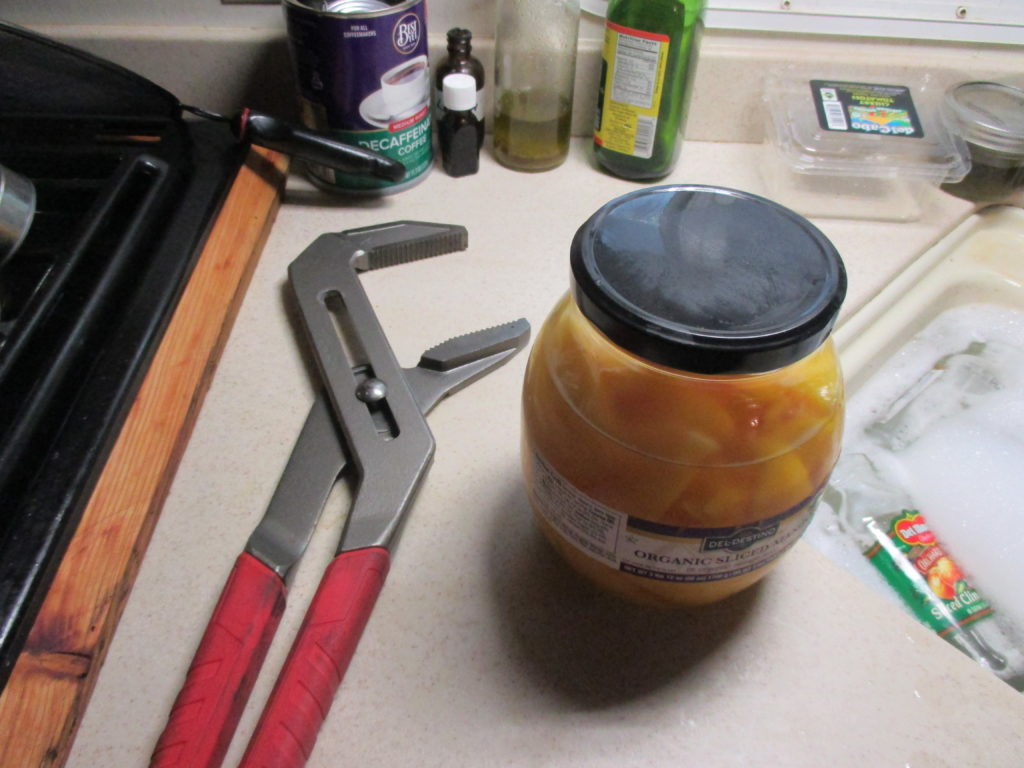 My husband operates on the principle that anything can be opened, fitted into, removed or moved. You just need to pick the right tool for the job. He is the walking manifestation of “if at first you don’t succeed get a bigger hammer.” He is admittedly very skillful with his various tools, whether or not they are designed for a particular job. He once picked a cow out of a mudhole with the backhoe arm – no chains or slings, just scooped her up. I, on the other hand, am avowedly lazy and inclined to look for other ways to do things.

Recently he came home with a delicacy that we can’t grow for ourselves – canned organic mango slices. (It is never wise to let a male go to Costco without adult supervision.) Having decided that he needed an afternoon snack, he attempted to open the jar. The lid remained firmly attached. After a couple of minutes of struggling, he went outside. Having been down this road before, I figured he was after some sort of tool. 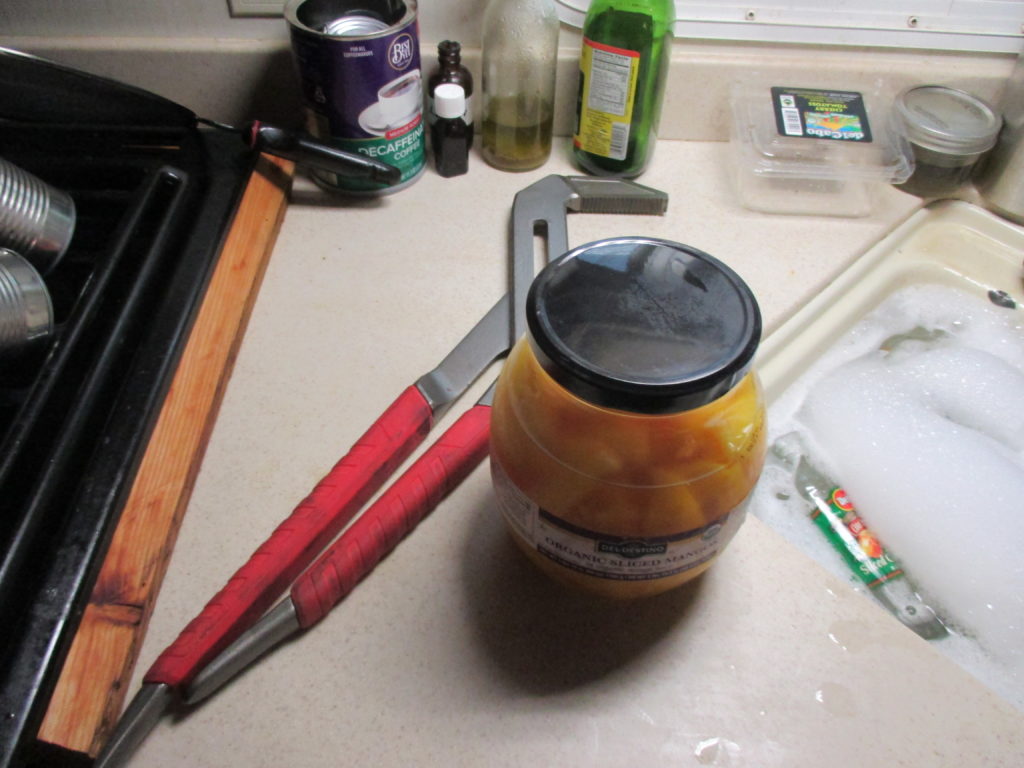 He came back in holding the wrench in the photo above. When I raised an eyebrow, he said “What?!?” I started to giggle. The giggle turned into a laughing fit. I laughed until I cried (partly because my ribs are still so sore that laughing hurts; and thank you, Denny and Little Leftie, for your supportive comments). Finally I managed to get enough breath to ask why he didn’t just run some hot water over the jar lid. He raised his tool. “Because I have these.” I laughed some more and he finally started to chuckle. Tried the jar lid again – it held firm. So I got up, held the wrench on the lid and he twisted the jar. The lid popped off immediately. I said, “See, the hot water loosened it right up.” He snarled, “I suppose this is going to be a blog…”

While it’s not actually a bigger hammer, the principle remains the same.

3 Responses to A Bigger Hammer