Life is a little crazy around here at the moment, made worse by a whomping thunderstorm that took out our power, DSL and internet. The latter two stayed out for three days. Could have been worse – places farther down in the foothills had funnel clouds that uprooted trees and smashed them to pieces (we’re talking oaks three or four feet across the trunk). So, just as a quick post, here are some of the pictures hubby’s gotten from the game cameras over the last few weeks. No wolves yet, even though we’ve seen tracks. The quality is a bit rough at night, but hey, it’s a game camera. 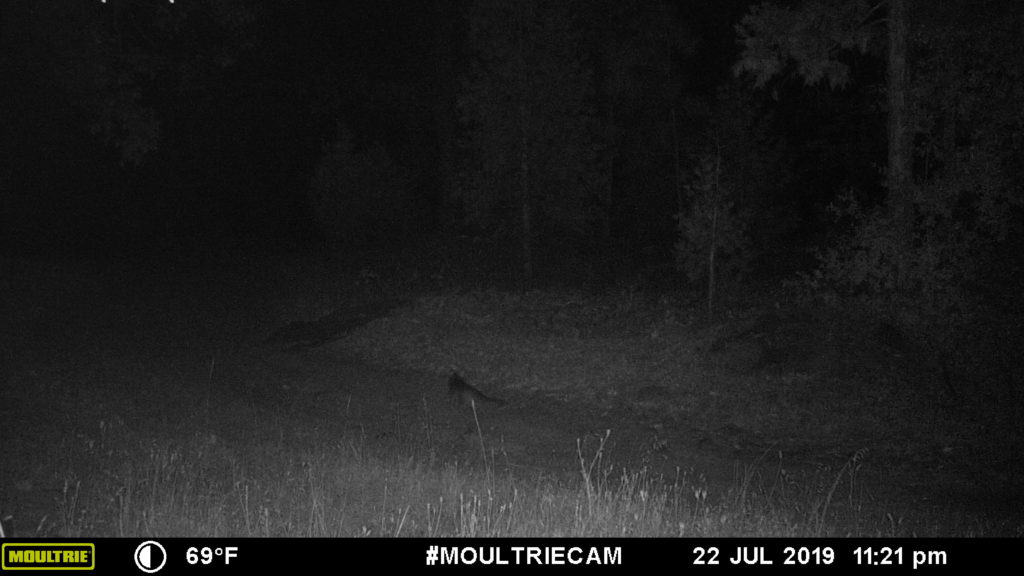 Hard to see – fox, right in the center of the picture 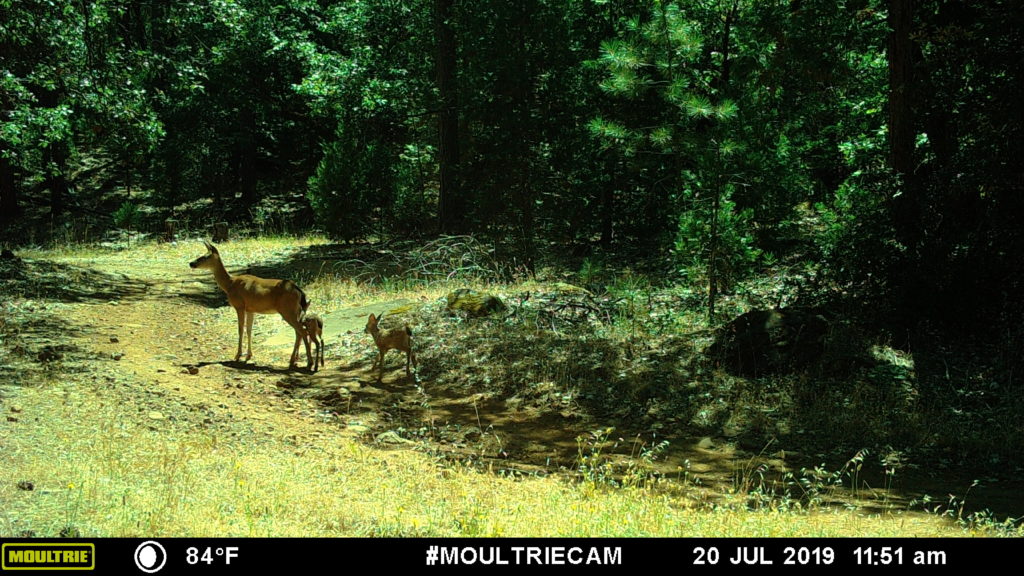 This year’s fawn crop – well, part of it, anyway. 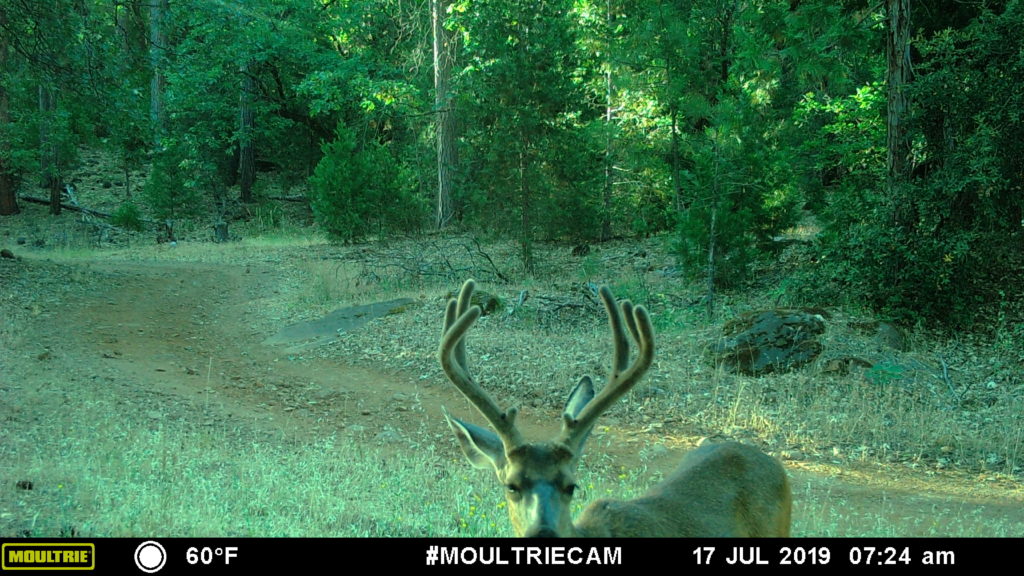 This guy must have been taking a selfie. 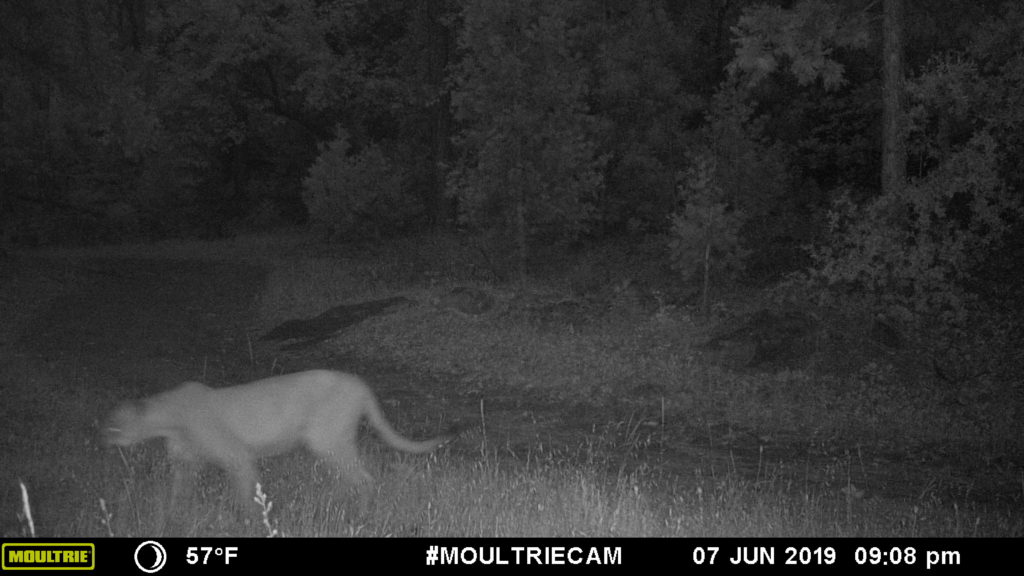 Cougar – probably the same one that scared the bejeebers out of the grandkids when they went out to do evening chores one night. It was after the sheep. 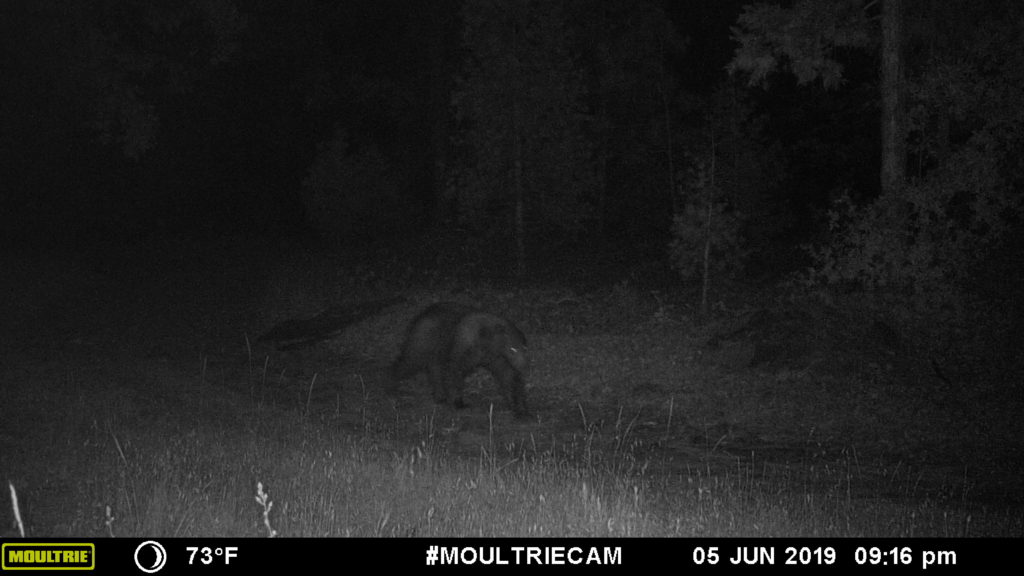 Probably not the same bear as the one in the pictures below. 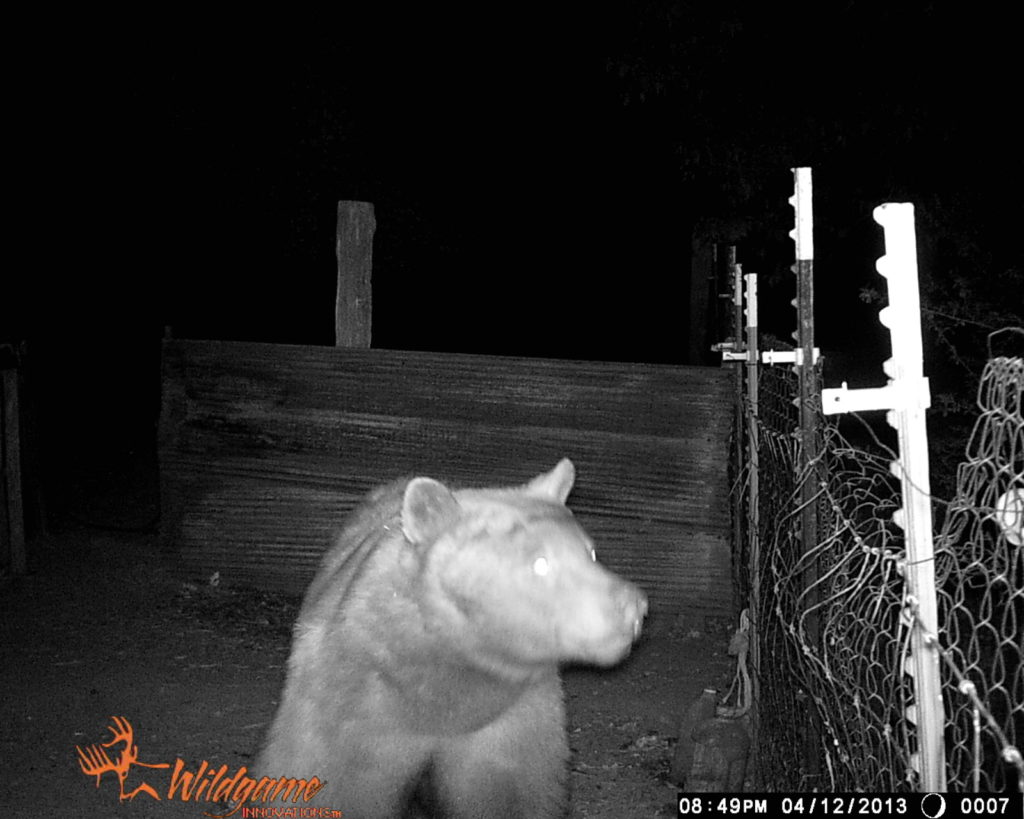 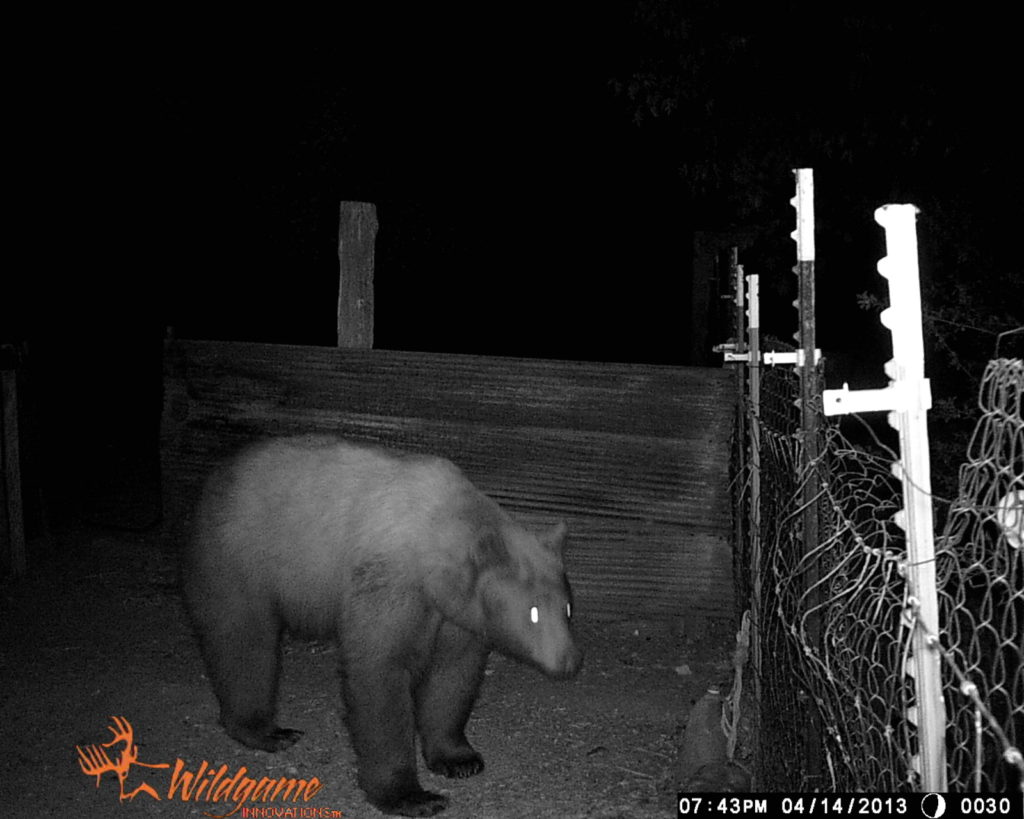 Looking for extra chow in the calf pen. 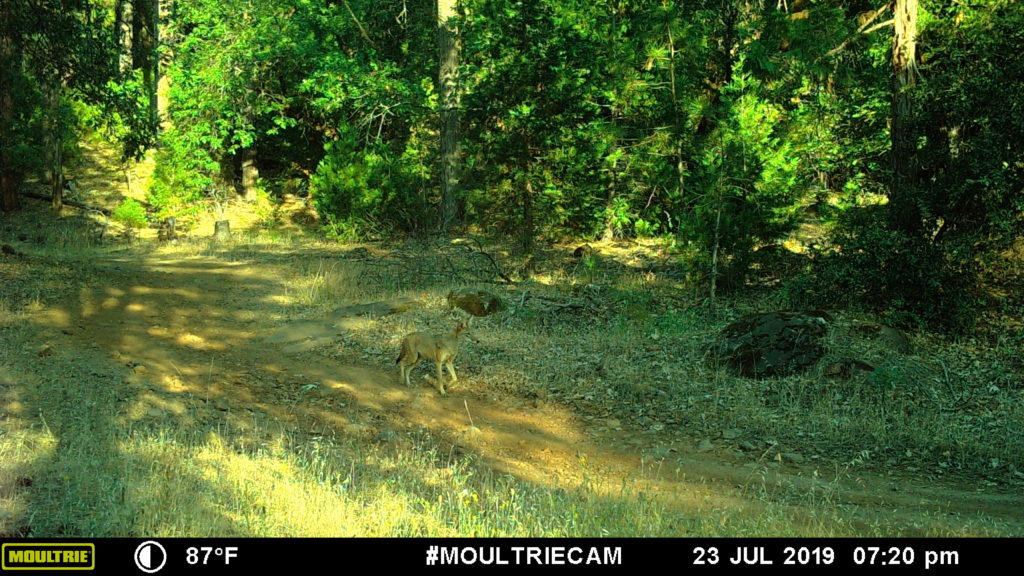 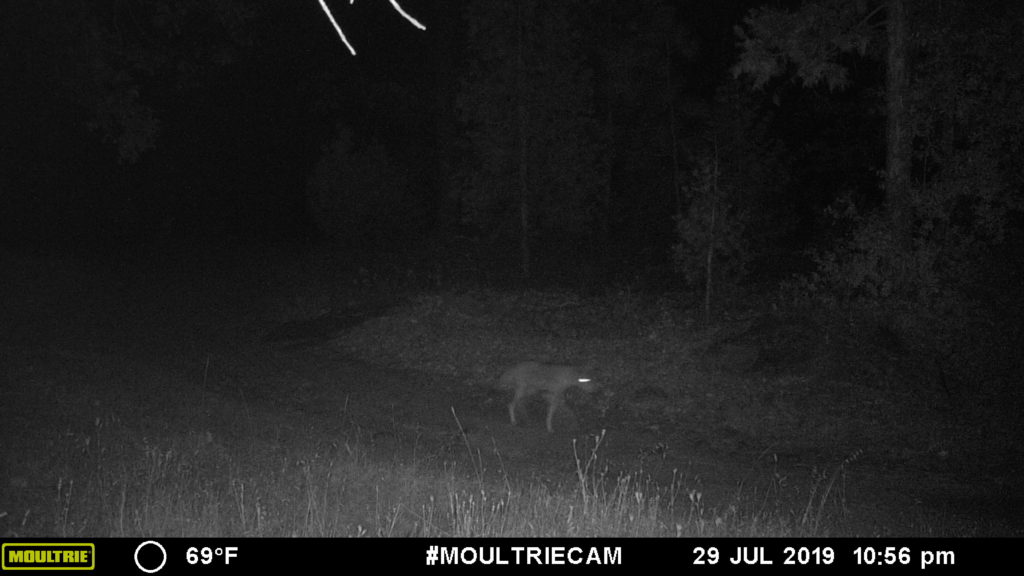 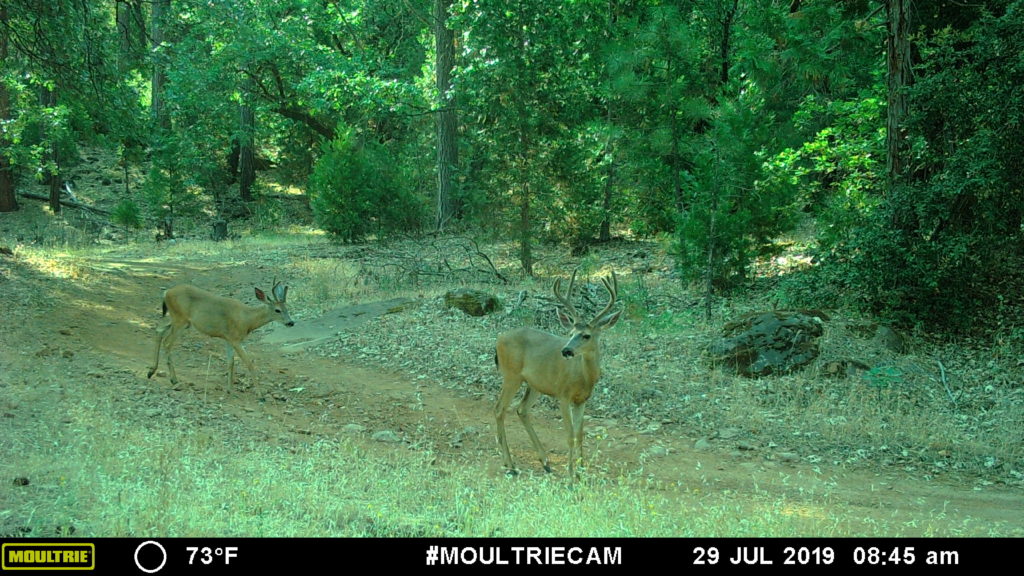 That big one is likely to wind up in the freezer come hunting season.