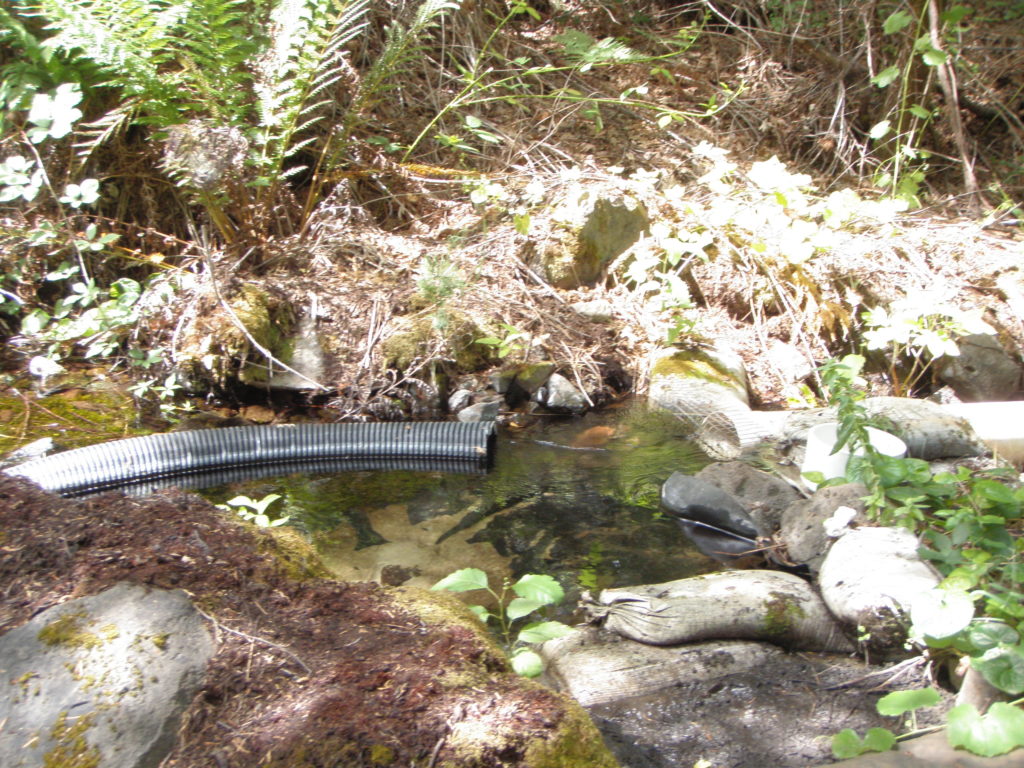 The big spring – 300 gallons a minute year round.

Unless you’ve been living in a closet the past few weeks, you’ve probably heard about the widespread power outage “issues” in California. To say folks are a upset is rather like saying the biblical Great Flood got things a bit damp. Pacific Gas and Electric (PG&E) is a curse word these days. Of the 10 most destructive fires in California in the last four years, PG&E was responsible for half – not to mention a lot of smaller fires as well (17 of 21, according to a New York Times article).To say that they were criminally negligent seems to be an understatement – equipment as much as 25 years past its replacement point, lack of maintenance, inadequate vegetation clearance and so on. It looks as though their equipment may have also been responsible for the Kincaide fire.
Having lived out in the country for over 50 years, I’ve long since developed survival strategies for a power outage. It’s nice when you have advance notice, which we did with this latest round. However, being without power is very hard on many people who don’t have the resources to buy a generator (and boy, has there been a run on them!). There are an awful lot of people out there who depend on medical equipment that requires electricity. And I suspect plenty of small businesses are going to go under if the power keeps going down. 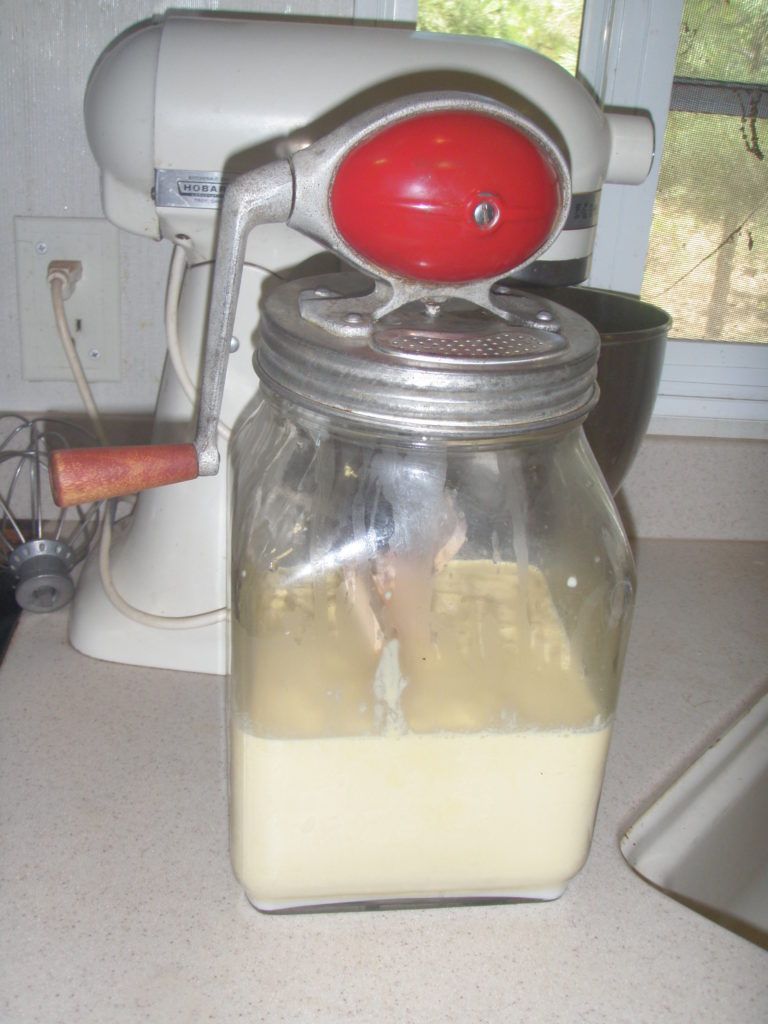 Power’s out? We can still make butter.

For us country dwellers, the big issues are water and food storage. When this country was settled, access to water was one of the determining factors in where people built their homes – and it’s no coincidence that many early settlements were near a river, spring or creek. We are lucky enough to have a house spring that is only about 65 feet deep. Even in the five years of drought just past, we had sufficient water. We did have to be careful, as the recharge rate of the spring could be outstripped if we watered too heavily. I’m saving for a hand pump (preferably one I can convert for bicycle operation) and a big storage tank. The big spring solves the problem of pasture irrigation and water for the stock, but it’s almost a mile away – a bit far to get water for the house.
We use freezers primarily for meat storage. The generator we have is big enough to run all of our freezers and the well pump as well as incidentals like lights. If we’re going to keep having power outages (and all the indications are that we will) I’ll probably be doing more canning and dehydrating in the future. I also shoot to have fresh food from the garden as close to year-round as possible. One of the few benefits of climate change is that my growing season is a good month longer these days. 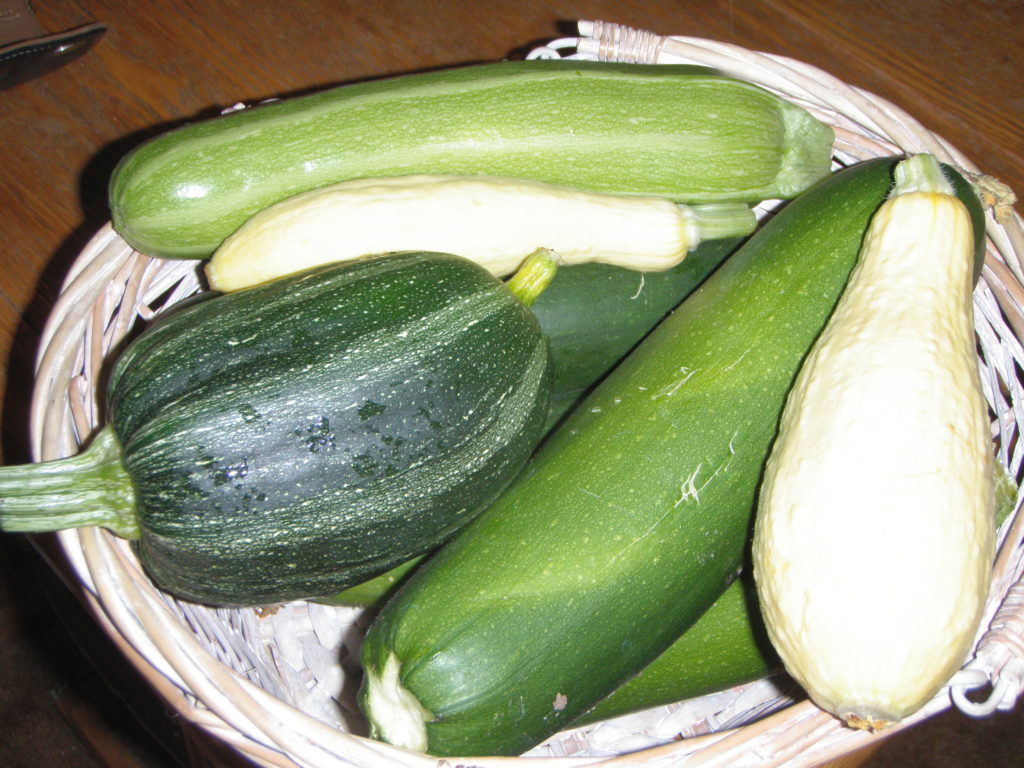 Battery-powered lights and old-fashioned oil lamps keep us illuminated (and we never let the supply of batteries or lamp oil drop too low). Our families cook with propane or the wood stove and we have a camp stove as well. And of course, the pantry is always stocked (not to mention a three-month supply of toilet paper!).
So a power outage is not big deal for us in most cases except for one thing – communication. Power outages tend to happen in conditions of bad weather or high fire danger. Our internet and phones all went out for periods lasting from hours to weeks in the last three power outages. Cell phones don’t work in our community – the towers are too far away. As people in the Carr, Camp and Kincaide fires discovered, having reliable communication can be a lifesaver. I’m writing this blog post with the knowledge that it may be several days before I can actually post it. We do have some battery-operated radios; they’re probably going to be getting a lot more use so we can communicate with our daughter and son-in-law when they’re at the store.
Unfortunately, I suspect this may be the new norm, and we’re going to have to develop new strategies to deal with a power outage that may last for days and be repeated on a regular basis.