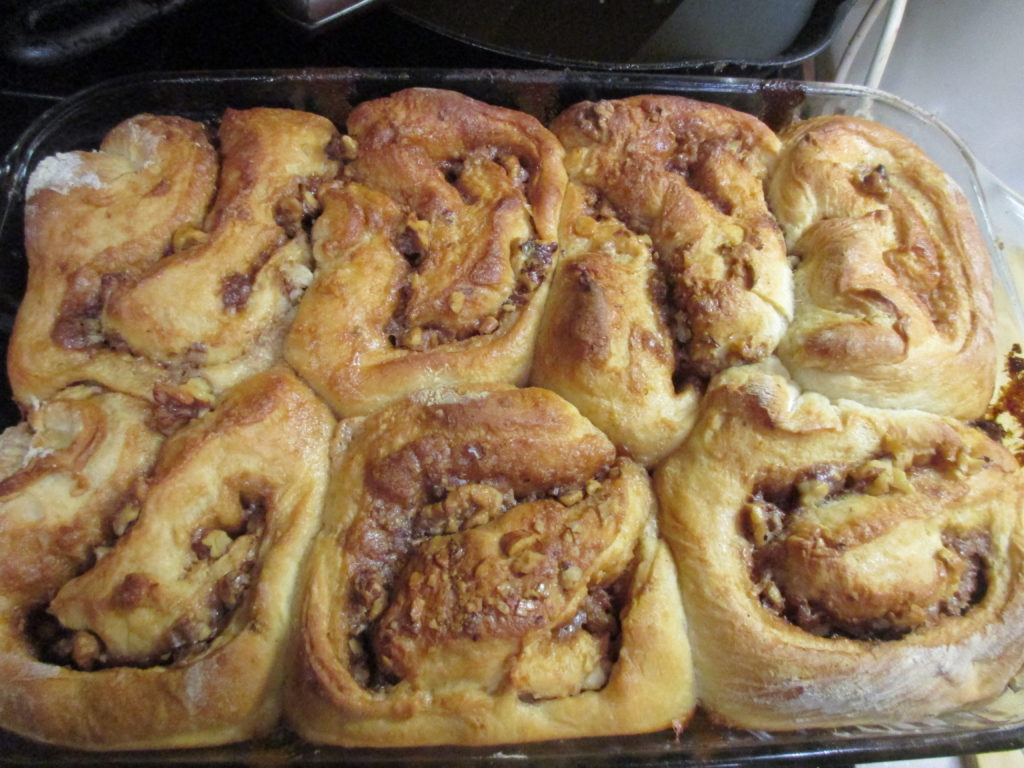 These cinnamon rolls from 90-minute bread beat Starbuck’s any time!

People born during the years of the Great Depression were often indelibly marked by their circumstances. They had the double whammy of depression and World War II. My husband’s mother, born in 1924 in a remote Idaho valley, was the granddaughter of the first settlers in the area. Her grandmother was the first white child born in the valley (I don’t like the term “white” as it connotes racial differences, which are nonsense, but it’s probably better than “European” or some of the other possibilities).

Elva Shaw, as she was then, grew up in a world where the ranch wife typically cooked on a wood stove, used a hand pump and an outhouse. She took a bath on Saturday night in front of the kitchen fire. Most women washed clothes in a washtub with a scrub board. The house was lit with oil lamps or candles. Rural electrification didn’t really begin until the mid-1930s. Cars and trucks did travel the roads, but mostly in summer – mud and snow made mush of the dirt and gravel surfaces. Tractors were also in use, but many farmers still preferred draft horses for plowing, haymaking and feeding stock in the winter. For that matter, my father-in-law still raised Belgians and used them regularly when I met the family in the late 70s.

Elva spent her entire life as a ranch wife, other than a few years in a retirement home when she was nearing 80. She was a wonderful cook and – like most ranch wives – short on time. This versatile bread came from her recipe book. One batch of 90-minute bread makes four loaves, but it’s easy to make a single loaf as well. In addition to 90-minute bread, the dough also makes great cinnamon rolls, a favorite of Elva’s oldest son. You can also make rolls to go with something like a cream soup. 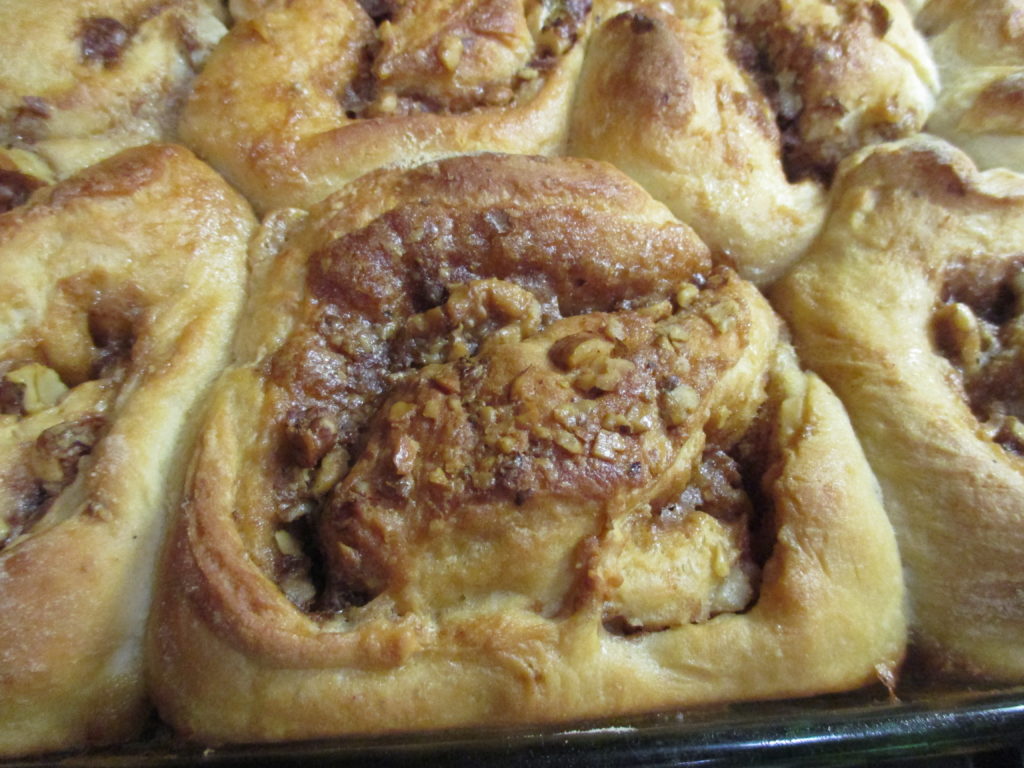 Mix water, sugar and yeast and let it sit (proof) until yeast is dissolved and starting to bubble. Add other ingredients. Stir in flour. Knead for 10 minutes. Divide dough into 4 sections. Cover and let rest for 20 minutes. Beat (literally – whack it hard!) each piece with the edge of a bread board or knife handle for about one minute, then allow flattened pieces to sit for 5 minutes. Shape into 4 loaves. Put in greased pans and let rise about 30 minutes. Bake at 400 degrees for 30 minutes, 20 minutes for rolls.
For cinnamon rolls, brush on melted butter, sprinkle heavily with white or brown sugar mixed with cinnamon and sprinkle on chopped nuts and/or raisins). Roll tightly, slice into 12 rolls per quarter of the dough. Place rolls in a buttered pan and pour cream over the top until it’s about 1/2-inch deep in the pan. Cinnamon rolls typically take about 30-35 minutes to cook. Turn them out of the pan when they are still fairly warm. Otherwise, the combination of cream, butter and sugar will harden to the pan like cement.