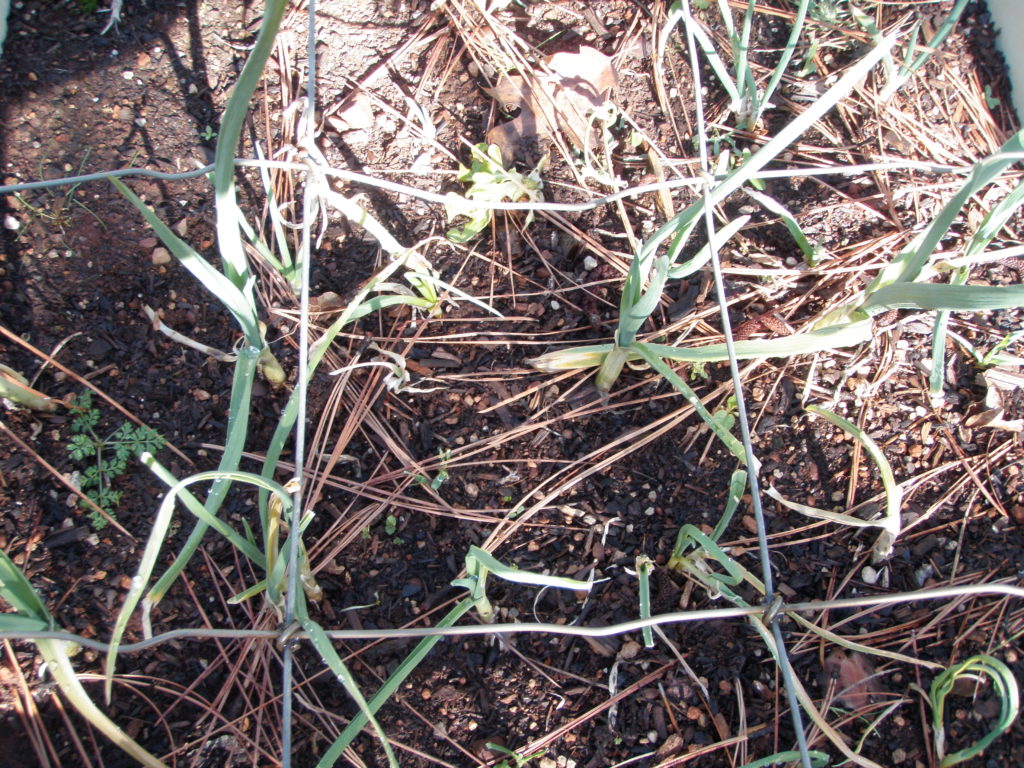 Sprouting garlic, covered with wire to keep cats out of the bed.

Garlic, in my opinion, doesn’t get nearly the respect it deserves. While pretty much everything that grows on the face of the earth has some sort of constituent that is useful to humans, I think garlic is pretty much at the top of the list. It’s easy to grow, it stores well on the shelf, it comes in different flavors/varieties and even if you have to buy it at the store, it’s inexpensive.

A member of the allium family, garlic contains several volatile oils: allin, allinase and allicin. When crushed, allinase (an enzyme) converts allin to allicin. In addition, this onion relative is high in various sulfur compounds. It’s the combination of the volatile oils and the sulfur compounds that give garlic both its pungent odor and its medicinal properties. Organically-grown cloves are much higher in these constituents than conventionally-grown cloves. Garlic is also a source of selenium and vitamins A,B,C and E.
Allium sativum is an immune stimulant and antioxidant. It has anti-inflammatory effects and is directly antibacterial, antiviral and anti-fungal. It can also have anticoagulant effects, as some folks who take medicines like Coumadin have found out the hard way. There are some studies that show garlic can help lower blood sugar. However, others show no effect, so the jury’s still out on this one. Not to mention that it really enhances the taste of a wide variety of foods. The only disadvantage to cooking the humble clove is that it is much less effective medicinally.
Garlic was one of the ingredients in the infection remedy found in Bald’s Leechbook. Pasteur was the one who proved garlic’s antibacterial effects. In 1858, Pasteur placed cloves in Petri dishes of bacteria. Each clove subsequently developed a clear ring around it where the bacteria had died. In both WWI and WWII, doctors applied garlic to soldier’s wounds to prevent infection. Unlike antibiotics, this herbal “antibiotic” does not seem to produce resistant organisms. It can also be used for ringworm (although I think tea tree oil works faster and better), vaginal yeast infections, urinary tract infections and respiratory infections. 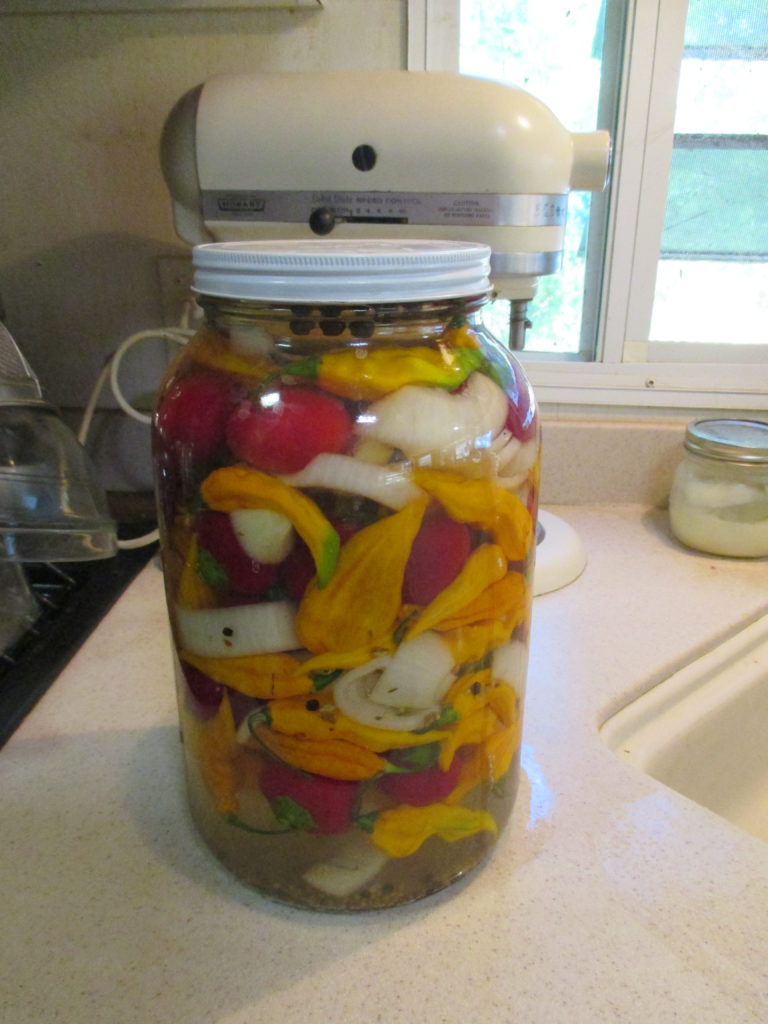 Garlic is an important ingredient in Fire Cider.

You want fresh, uncooked, crushed cloves. Organically grown are preferred. You can also buy powder and granules or capsules, but they are not as effective.

For topical treatment of wound infections, use any of the above. Wash the area well with soap and water as soon as possible after the injury. Apply the garlic remedy and cover with a sterile dressing. Reapply dressing and remedy once or twice a day.
For ringworm, apply fresh chopped garlic under a dressing for one or two hours a day. Repeat daily for two weeks. Or use garlic tincture – apply and leave on under the dressing until the next day. Continue the treatment for at least one week after the skin looks clear.
Apply a fresh slice of garlic to a wart and cover with a band-aid. A little olive oil on the skin around the wart can prevent irritation.
Peel a clove of garlic, wrap in gauze and place it in the vagina like a tampon to clear a vaginal yeast infection. Leave in eight to 12 hours before removing; repeat the following day.
Warm a mixture of garlic oil with mullein oil; put a few drops in the ear canal for ear infections. You can put a cotton ball over the ear and tape in place to prevent the oil from running out.
Then there are the garden uses. For example, plant it among your roses to help keep down aphids or make your own bug spray with garlic and hot peppers.
Let’s hear it for the humble clove.